Wondering what’s in store for your favorite General Hospital (GH) characters this week? No need to wait any longer! Learn more about Liz, Jason, Little Jake, Sam, Hayden, and Nikolas below, in the GH spoilers for the week of January 25th.

Jason makes a huge stride as it relates to his memory and his past life with Sam, which has him feeling more optimistic. Sadly, he also comes to a realization this week about Little Jake. After giving him some bad news, that he doesn’t react very well to, Liz and Jason come to a conclusion about their little boy. Meanwhile, Sam reaches out Elizabeth, and it blows up in her face.

Hayden says ‘yes’ to Nikolas, and agrees to marry him…and Tracy couldn’t be happier. Speaking of Tracy, she runs into someone familiar this week, while vacationing.

Kristina continues to lie to her mom Alexa about school. However, these lies might be catching up with her. She also comes face-to-face with her professor, later on in the week. It doesn’t end there, Kristina walks in on a steamy situation between T.J. and Molly. Speaking of, Curtis and Jordan make an agreement, as it relates to T.J.

While Sonny makes a huge stride as it relates to recovery, he asks Epiphany to keep this news under wraps. Alas, Epiphany encourages him to tell someone. Will he tell Carly? In other news, Max provides some information about Ava’s business, which in turn, allows Sonny to move forward with his plans for her.

Meanwhile, Sonny and Carly do have some concerns about Morgan this week. He urges Kiki to give their love just one more try, and she agrees to some sort of compromise. In other news, Paul worries about just how much Kiki knows when it comes to him and Ava.

3. Carlos And Sabrina: On The Run

Sabrina’s life takes a turn this week, and Carlos will prove his love to her, like never before. Speaking of, Robert and Anna seem to be hot on their trail, and come across some troublesome evidence as they get closer to finding the duo.

2. Lulu Fights For Her Marriage

While her buddy Dillon offers his support, Lulu turns to Olivia and Maxie to help her with marriage advice. Later on in the week, Dante and Lulu realize they both have different points of view when it comes to their relationship.

Julian will not be stopped by Ava. Nathan gets the truth from Maxie, while Alexis and Olivia do not waiver. The two stand their ground together. 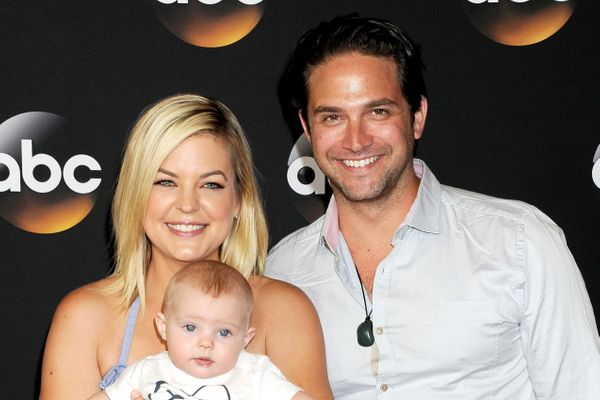