It doesn’t matter whether you’re famous or not – tragedy doesn’t discriminate! Just ask these 8 reality stars. Before they were famous, they experienced some serious tragedies. From abusive homes to alcohol and drug addicted parents to losing a loved one in a catastrophic way, these celebs have seen it and have lived to tell the tale. If you think you have it bad, just take a look at these 8 reality TV stars tragic pasts!

Kim Richards hasn’t had it easy. She’s struggled with substance abuse problems, has been to rehab a number of times and has squabbled with her sister Kyle through her five seasons on The Real Housewives of Beverly Hills. However, none of that really compares to the tragedy that occurred in her past. Back in 1991, she was engaged to a man named John Collett, a securities broker who was involved in one of the country’s largest scam and was under investigation at the time. One day, while Kim was on the phone with him, he was gunned down outside a San Fernando Valley deli. His murder really affected former Real Housewife and she has always carried around a lot of pain because of it.

Farrah Abraham claims that both her parents physically abused her growing up, hitting her with a belt for acting out, which left bruises and welts all over her body, but that’s not the only bad thing that happened to her. When she was eight months pregnant at the age of 16, Sophia’s father, Derek, tragically died in a car crash. At the time of his death, Farrah wasn’t on speaking terms with him. Her mother had convinced her to cut him out of her life. After his death, the Teen Mom star commented that Derek was her first true love and that now that he was gone, so was her happy ending.

Real Housewives of New York star Ramona Singer had a rather painful childhood. According to her, her father was an alcoholic and was abusive to her mother. “I believe my father moved us to the country, so he could hurt my mother and the neighbors couldn’t hear,” Ramona said during an episode of RHONY. Things got so bad when the reality TV star was a teenager that she threatened to kill her father with a knife for being so emotionally abusive with her and her mother. She has since written a memoir about her tough childhood and heart-wrenching split from her husband of 20 years, Mario, called Life on the Ramona Coaster.

Teen Mom star Catelynn Lowell didn’t have a great home life when she was growing up. Her parents were alcoholics and her father also used crack. He spent most of his time in jail. She would often have to get out of bed at night to ask her parents to keep it down so that she could get enough rest for school the next day. One night, things really got out of control when she confronted one of her mother’s boyfriend’s about using crack and not helping the family with preparing for their upcoming move and it got violent. “This man picked me up by the neck, threw me to the ground, and pinned me down on the floor between the toilet and the shower and started choking me,” she wrote in her book Conquering Chaos. Although Catelynn grew up in an unstable environment, she has managed to grow into a responsible adult and has become one of the most well liked Teen Moms.

According to Bethenny Frankel, she never had a true childhood. Her dad walked out when she was four and left her with her emotionally volatile mother. She claims that her mother was always drinking, behaving erratically and having explosive arguments with Bethenny’s stepdad, John Parisella. To break up the fights, the Real Housewife would sometimes call the police. Bethenny also claims that her mother was also a severe bulimic and she would often end up taking care of her and cleaning up after her when she would purge. As a teen, the Real Housewives of New York star struggled, like her mother, with binging and purging and then was controlled by dieting. She also spent a considerable amount of time when she was younger at clubs, dabbling in drugs and looking to meet men. Now she’s broken out of that pattern. She has her own little empire that includes her Skinnygirl brand and four self-help books.

Taylor Armstrong has been very vocal about the physical and emotional abuse she suffered at the hands of her late husband Russell Armstrong, but what most people don’t know is that she witnessed domestic violence as a child. Growing up, her father would abuse her mother. Even though her mother divorced her father when Taylor was young, the reality TV star still found herself trying to re-create the domestic abuse that she witnessed in her childhood. She wrote a memoir about her life and personal experience with domestic violence called Hiding from Reality: My Story of Love, Loss and Finding the Courage Within and she acts as a volunteer and spokesperson for 1736 Family Crisis Center.

Emily Maynard struggled during her adolescence when she was sent away to boarding school. She was hospitalized twice, once for threatening to commit suicide and another time for overdosing on prescription pain medication. Things didn’t get easier after that either. Just when she was about to get her happily ever after at the age of 18, her fiancé, NASCAR racer and car owner Ricky Hendtrick, died in a plane crash. After his death, she found out that she was pregnant with his child, Josephine Riddick “Ricki.” Although she initially had trouble finding love and went on to The Bachelor, where she won Brad Womack’s heart and then The Bachelorette where she became engaged to Jef Holm, she ultimately found love with Tyler Johnson, who she met at church. Together they share one son, a baby boy named Jennings.

Former Real Housewives of New York cast member Aviva Drescher was just six years old when she was involved in a conveyer belt accident at a friend’s farm in upstate New York that required the amputation of the lower part of her left leg. The initial surgery caused more problems because the area where they amputated was several inches above the ankle, which ended up causing constant abrasions and infections. When she was 26, she made the difficult decision to undergo elective surgery to remove more of the leg to give her more skin and padding. While the incident was traumatic and changed Aviva’s life considerably, she’s not one to dwell on it. “Being an amputee was not, and has never been, a dominating factor in my life,” she said. “I have not allowed wearing a prosthesis to define me. I am lucky to wear a prosthesis. I could have died and I am thankful to be alive, while many others don’t get that second chance. In no way should losing a limb ruin anyone’s life. Amputees can do anything anyone else can.” She’s now the co-founder of One Step Ahead, which raises money to buy prosthesis for children who can’t afford them. 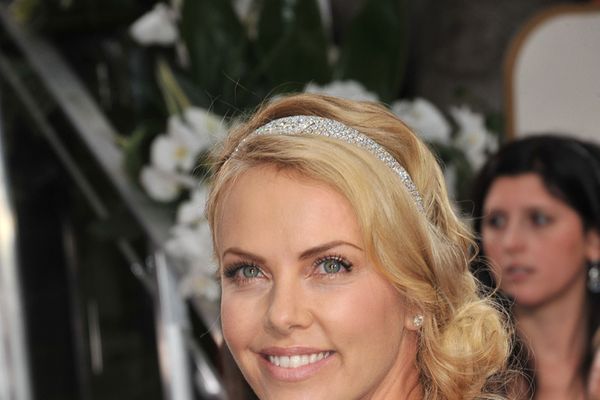