We try hard to be positive when compiling these lists. Some come across a little mean-spirited, or negative, but readers should understand the responsibility resting on the shoulders of celeb magazines and blogs: sometimes people need to be taken to task when they’ve served as a cultural and/or societal drain. Donald Trump is one of these people. Sure, he’s hitting the nail on the head regarding political correctness which has run amok, but that’s not a pass to be a jerk at any or all times. Here are 8 of the most annoying things about The Donald.

8. When He Opens His Mouth

Every time Donald Trump opens his mouth, you realize there’s a good chance your face will end up in your hands. For people who are new to Donald’s antics, there is a shock comedy factor that will garner some big laughs, but for the rest of us who are tired of his shtick, it gets exhausting to hear someone spout nonsense each and every time they speak. Donald is obsessed with the idea that he tells it like it is, when, in fact, he calls it like he sees it. There is a huge difference between the two. Monster disparity. Donald gathers talking points from extremes, and panders them as status quo. It’s definitive absurdity and ridiculousness, which is why he’s being ridiculed right this very second.

What are you doing, Donald? Was your childhood so awful, that you have to take below the belt shots at people who criticize you in the media? Can you not simply be the smarmy guy who says things like, “I’ll be sure to consider your opinion while I’m flying in my private jet,” or, “Your criticism has really changed my ways. No excuse me while I dry my tears with this stack of Benjamins.” Rosie poked Donald with a stick back in the day, when she was on The View, and Donald took exception, and said terrible things about Rosie, calling her a fat pig and telling stories how she was a guest at his wedding and ate like a pig. Really, Donald? At your wedding reception, that’s what you did? You watched Rosie O’Donnell eat? Something about these claims don’t exactly ring true.

Remember when people became so obsessed with wanting Barack Obama out of office that they jumped onto a platform, and shouted that his birth certificate was fraudulent, and that he wasn’t really born in America? Guess who was leading that charge? And how was Donald Trump leading that charge? With froth on his jowls. This guy demanded that Barack Obama produce his birth certificate from Hawaii, or be impeached. Of course, President Obama fired back with some most excellently-timed verbal slams of The Donald. Little did everyone know that such provocation would lead to what we now have to endure: a Real Estate mogul trolling the political process in the United States. Fair enough, our political system deserves a good trolling, but not from this guy.

5. He Never Really Says Anything

Have you noticed that Donald Trump has expertly identified all of the problems in the United States, and is angrily talking about how they must be changed? Has he ever offered a solution to anything he has said, other than suggesting that he’ll build a huge fence at the Texas/Mexico border? He talks, and talks and talks, and loves to hear himself talk, but he never really says anything. He makes claims akin to a child suggesting that he’ll build a 10,000 piece model house out of Legos, but never really says how it’ll happen. Regarding his other ventures, Donald’s celebrity head has swelled due to success of shows like The Apprentice, yet he should be quickly reminded that people also tune in weekly to Keep Up With The Kardashians.

4. His Cologne “Success” Retails for Less Than $20

Donald Trump has clothing and accessory lines. Being a mogul of any sort, this is a smart move. Opening his mouth to let sounds come out: not a smart move. There is more power in myth, than there is letting people behind the curtain, because then people can see the goofy little man in charge of the dials and switches. Moving along: Donald Trump has a signature fragrance, “Donald Trump,” and another fantastic cologne offering that is labeled, “Success.” It retails for less than $20. It is true that there is no price point at which success begins, but let’s say it’s at $25 considering start-up costs of even a lemonade stand, but the thought of Donald Trump offering the sweet smell of success?

Yes. Many successful people have filed for bankruptcy, and come out better for it on the other side. For Donald Trump, this process began in 1991, and continued in 1992, 2004 and 2009. As in, six years ago 2009. At a certain point, shouldn’t there be a limit to how many times you can file for bankruptcy protection from the same set of ventures? If you’re a true innovator, and you’re pushing the envelope in regards to a better planet, four bankruptcies makes sense, but when you’re filing because your Atlantic City hotels, casinos and venues can cut the mustard, isn’t that just a kick in the nuts to every investor, and citizen of the United States who gets into debt, and fights to get out of it with their own finances? Such repeated behavior is truly annoying.

Donald Trumps Twitter feed: what an adventure, especially now that he’s thrown his signature hair-do into the 2016 Presidential Race. How about this gem from August 9, 2015: “I just realized that if you listen to Carly Fiorina for more than ten minutes straight, you develop a massive headache. She has zero chance!” Donald Trump picking on, and making fun of a woman? Who would have guessed he’d ever do that? And how about this morsel from last week, “I look forward to the debate on Thursday night & it is certainly my intention to be very nice & highly respectful of the other candidates.” With all due respect to a very rich individual who is able to fund his own bid for the presidency, the loathsome delusion that leaks from his Twitter feed daily is as harmful as the waste from Fukushima.

1. The Fact He’s Running For President

In the long run, this may serve as a necessary evil, but at present, it’s one of the most absurd things that has ever happened in the scope of American politics. There is no doubt about it, the American political system at the federal level — and trickling down to many state levels — is busted. The two party system has run its course, and needs an overhaul to such an extreme it’s not even funny. Sadly, when people like Donald Trump use their wealth to amass popularity, then lead a charismatic charge toward ideological “better living,” they’re really leading people into an abyss. Donald believes political correctness is the most serious problem in the United States, and that is a quality talking point… but try to act as the President of The United States without it. If he really wants to change things, he would do it from the private sector. 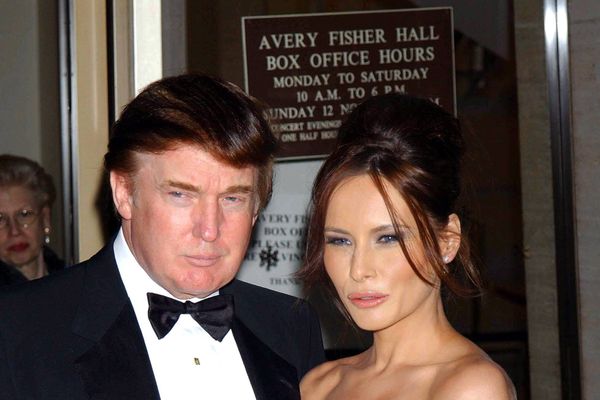