Jon Hamm and Jennifer Westfeldt seemed pretty solid (for the most part.) They were together for about 18 years – long before Jon became a TV sex symbol thanks to his part on AMC’s Mad Men – and the both seemed to really support each other, publically at least. We predicted this breakup back in 2013 – some of the signs were already there. Although we’re sad that this is the end for Jon and Jennifer, here are 8 signs that this breakup was a long time coming.

8. He Was Acting Single

Back in 2012, The New York Post reported that Jon was acting like a single man. He was reportedly spotted at various bars chatting up attractive women. “He was super nice!” one of the woman said. “I joked with him about taking a picture with a Jayhawk,” the University of Kansas mascot, since “there is a slight ‘border war’ between [Hamm’s alma mater] the University of Missouri and the University of Kansas, and he was a great sport about it.” He even posted for a cozy picture with her: “Many, many of my friends are jealous of that one,” she said. We feel really badly for Jennifer! This sort of behavior is totally unacceptable for a man in a committed relationship.

7. He Was a Reportedly Hard Drinker

Back in 2011, The National Enquirer released a story about Jon Hamm’s alleged drinking problem. According to some eyewitnesses and some unnamed sources, the Mad Men star would get blind drunk when he wasn’t working. “On the set, Jon’s always as sober as a preacher,” an inside source told The Enquirer. “But when he’s not working, he likes to cut loose with a drink or two… or more! By the end of night, he often seems blotto. His nickname is “Hammered.” We wonder how Jennifer felt about Jon’s drinking…

Jon completed a 30-day rehab stint for alcohol addiction earlier this year. Around this same time, In Touch Weekly reported that they had ended their relationship before he went to rehab because he wouldn’t commit to her. Hamm’s rep issued a denial; however, it doesn’t change the fact that the couple had been experiencing problems for some time and the relationship was hanging by a thread.

5. They Were Hounded by Breakup Rumors

This year, Jon and Jennifer have been hounded by breakup rumors. It was first reported that Jennifer broke up with Jon when he entered rehab, but the couple denied that this was the case. Tabloids like Star Magazine have continued to run with the story anyway. Then, this summer, In Touch Weekly claimed that Jon had moved on to Sandra Bullock, his co-star from Minions. It looks like there was probably some truth to these rumors!

4. He Was More Successful

In Jon and Jennifer’s relationship, he was definitely the bigger star, thanks to his role as Don Draper on AMC’s Mad Men. Before Jon’s breakout role, Jennifer was arguably the bigger star. She wrote, co-produced and starred in Kissing Jessica Stein, which was a sleeper success; however, unlike Jon, she didn’t enjoy much long-term success.

3. He Was Rumored To Be Cheating on Her

Back in 2012, it was reported that Jon was stepping out on Jennifer. One of the women he was linked to was Anna Safronick. In 2014, the cheating rumors ramped up again. This time, he was linked to his Mad Men co-star, Elizabeth Moss. While Jon was in rehab earlier this year, Jennifer was rumored to be cheating on him with some mystery gentleman, but Jon’s rep vehemently denied this.

2. She Reportedly Wanted a Family

Even though Jon and Jennifer have both said that having a family wasn’t a priority for them, rumor has it that she wanted children with the Mad Men star and his reluctance to start a family with her caused problems in the relationship.

1. She Didn’t Join Him to Promote Mad Men or Minions

After the breakup rumors and news of Jon entering rehab, everyone was shocked when Jennifer didn’t join him on his press tour Mad Men and Minions. In the past, she has always been at his side for various promotional tours. Her absence definitely added some validity to the breakup rumors. 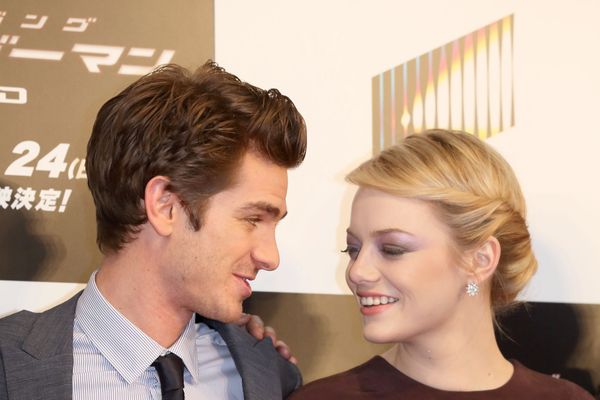