Shonda Rhimes newest show The Catch made its debut on air only a few weeks ago and was met with generally positive reviews from critics. It’s still too early to tell with only a few episodes under its belt, but the show seems to have all the qualities and characteristics of a great Shondaland series! The Catch is an American mystery drama following a private investigator and her team as they hunt down her ex-finance after she finds out he’s a mastermind con artist and she’s been his most recent victim. Since the show is brand new, not much is known about it! So before you start binge watching, here’s 8 important things to know about the new Shonda Rhimes show, The Catch:

The leading lady in the new series, The Catch is Mireille Enos as Alice. Fans might recognize her from the AMC drama The Killing as Detective Sarah Linden where she was the first female lead in that show as well. Enos also starred in the 2013 feature film World War Z with Brad Pitt! One of her most hidden and impressive talents is that she is quite the skilled martial artist! Enos has a black belt and practices Tae Kwon Do in her spare time. Wouldn’t want to be caught in the ring with her! Peter Krause will also have a lead role on the show opposite Mireille Enos as Alice’s con-artist boyfriend, Ben. Krause previously starred on the NBC series Parenthood and had a role on the HBO series Six Feet Under.

Like many shows, especially ones associated with Shonda Rhimes, there is always a big romantic relationship at the center of it all like Meredith and Derek or Olivia and Fitz. The Catch will be similar, but won’t do that tireless game of getting together, breaking up, then getting back together only to break up again. In an interview with Yahoo TV, showrunner Allan Heinberg said: “I don’t believe in delaying gratification for the sake of keeping the show alive. In terms like, ‘Oh, we’re not going to get them together until the end of season 7’ — that was never a possibility for us. For me, it was about, what are the most surprising ways to get them together and keep them apart, and once they are together, how do they stay together?” Sounds like there are lots of twists and turns!

The main storyline that we know of now is that it’s a game of “cat and mouse” between Alice and Ben especially once Alice finds out that her romantic partner is actually a con-artist. Presumably, he cons her and she goes out searching for him — she is a private investigator after all! However, Heinberg said in his interview with Yahoo TV that those two aren’t the only ones toying with each other — in fact, no one in the show can be trusted and each of the characters has their own angle that will be developed throughout the series.

The Catch follows three main storylines each week: Alice and Ben’s love story; Ben’s con-man activities; and the cases Alice works on at her P.I. firm. The Catch is going to do a good job of showing both the side of the “good guys” and the “bad guys.” Similar to Olivia Pope on Scandal or Annalise Keating on How to Get Away with Murder, Alice’s firm is going to be solving different cases each week to keep the show even more interesting; some of these inner storylines will last just one episode while others will be more complex and drag out over several episodes. Similar to other Shondaland series, The Catch will carry an extremely fast pace. Heinberg said, “We burn through story fairly quickly. Part of what makes Shonda a genius is that she doesn’t believe in withholding story at any point, and believes that there’s always more story around the corner. We haven’t held anything back. We’re really just pulling out all the stops on this one.”

4. The Show Has a Strong Female Friendship

One of the main consistencies we see in Shondaland series is a strong female presence, and in Grey’s especially a female friendship. There is usually a team working together, whether it’s a but of law students in university, surgeons in a hospital or political fix-it team like in Scandal. The Catch will be no different from this. “I think the way that Alice Vaughn and her team work together is not unlike the way that Olivia Pope and her team work together. I think the rhythms are kind of similar,” said Heinberg.

3. It Has Changed Drastically From the Original Concept

The show wasn’t originally written by Shonda Rhimes, but rather Jennifer Schurr. When the pilot for The Catch first began circulating, it was a drama about forensic accountants. It was soon picked up by Shondaland and filmed in Austin, Texas, but after the show became a series, Schurr left the project over creative differences and the show was almost entirely reworked by Shondaland vet Heinberg. In an interview, Heinberg commented on how the show was reworked: “I did not know enough about forensic accounting to write a show about that. Originally it was a dark, moody, Hitchcockian thriller, and while I love the idea of that, my sensibility tends to be a little more romantic comedy and a little more pop.” He also said he wanted it to be more stylish, sexy and fun.

In addition to revamping the show to Heinberg’s standards, some of the characters who were originally cast in the series were replaced with new actors. When the show was originally designed and a pilot was shot the character of Alice’s bad boy fiance Ben was played by Damon Dayoub and Bethany Joy Lenz was to be his wife. It is reported that Peter Krause replaced Dayoub before Heinberg began working on the show and former star of Lost Sonya Walger was brought on to play Lenz’s role. The reason behind these particular changes was to find more age-appropriate partners in the relationship between Alice and Ben. Heinberg also said, “There was a big of an age gap between Damon and Mireille. I think, in terms of two people cat-and-mousing each other, they felt like they wanted someone who was more in her age range, to even the scales a little bit.”

1. It Has a Lighter Tone

When it comes to shows produced through Shondaland we think of dark and twisty like Meredith Grey, powerfully corrupt like the characters in Scandal or even the crime savvy lawyers in How to Get Away with Murder — they all have this underlying darkness savvy smartness mixed in with a bit of romance. The Catch still has a bit of this, but it definitely carries a lighter tone than the others. Heinberg said, “I spent years working on Grey’s Anatomy and years working on Scandal, and my best friend is Pete Nowalk, who created How to Get Away with Murder, so I’m intimately involved with all three of those shows. I wanted to try to do something different — something that is structurally and spiritually akin to those shows, but I was really looking for a change.” He said he was really looking for a romantic caper to switch things up in Shondaland. Only time will tell if viewers take the bait! 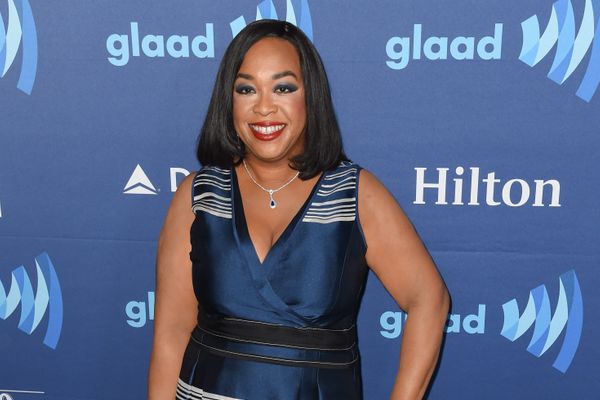