Things You Might Not Know About Holly Marie Combs

Holly Marie Combs is gorgeous, talented, and pretty elusive when it comes to the media despite her many years in the entertainment industry. From her start at 15 to starring in Charmed and Pretty Little Liars, Combs has always remained down-to-earth and low key which is a huge reason why fans love her so much. Since she is so beloved, here are 8 things many people did not know about the talented actress:

Holly Marie Combs was born on December 3, 1973 in San Diego California to Lauralei and David Combs. At the time of Holly’s birth her parents were only sixteen and seventeen years old, and although they were married, they split up after only two years. When Holly was seven years old she and her mother moved to New York City, and when she was 12, her mother remarried.

Having two fairly young parents led to an interesting upbringing for Holly, who after her parents split, spent a lot of time moving around with her mother. When she was young her mother attempted to pursue an acting career in San Diego before they relocated to New York City. Of her childhood, the actress has joked, “I was the product of very young parents, and they had wild ways. My mother was in a punk band. Rebelling would have been learning to play piano.”

Although Charmed was one of the most beloved series of its time, as well as one of the most unique, it was not devoid of drama. Most fans are well aware of the apparent feud that grew between Alyssa Milano (Phoebe) and Holly Marie Combs (Piper) and Shannen Doherty (Prue), but it seems the stars didn’t have a great relationship with the network either. After the series came to an in 2006, the same year its network The WB became The CW,  Combs bluntly stated, “The WB never treated us well, so we didn’t expect a lot of farewell wishes and flowers or cards.”

Before having her first child in 2004, Combs was a mom on her hit series Charmed, and opened up about her fear of having children while fake pregnant for her role. “For some reason everybody on the set – except for me – thinks I should get pregnant for real. It’s like they all got together and I’ve been nominated! Honestly, the thought of having a baby scares me!” After the birth of her first son, however, her attitude completely changed: “Now, as an actress and a person, it has completely broadened my horizons because I have such a deep level of empathy for everyone. It opens you up and you’re like a bleeding heart. It’s funny, because you can be such a guarded person in your personal life and try to protect yourself from all these worries and hurts, but when you have a kid, you’re suddenly this feeling being.”

It truly seems as though Holly Marie Combs is an ageless beauty, but thanks to her maturity, her roles have been varied regardless of how old she really is. After Shannen Doherty’s character Prue was killed off of Charmed, Combs’ character, Piper, became the eldest sister despite the fact that she was the youngest actress out of all four Halliwell sisters! Then, when Combs landed her role as Ella Montogmery, the mother to Lucy Hale’s character Aria Montgomery on Pretty Little Liars, Combs was only 15 years older than Hale.

When she was only 20 years old, Combs married for the very first time to actor Bryan Travis Smith, but after four years together, the two divorced in 1997. She went on to date and become engaged to teacher Storm Lyndon after the pair had met while on vacation in Mexico but they called off their engagement in 2000. Combs then began dating David Donoho who worked as a key grip on Charmed and the pair married on February 14, 2004. Together they welcomed three sons: Finley (born in 2004), Riley (born in 2006), and Kelley (born in 2009). After seven years of marriage Combs filed for divorce in 2011 citing irreconcilable differences. Following her divorce, Combs dated Radical Something band member Josh Hallbauer, but the pair split in 2015. In 2016, she began dating restaurateur Mike Ryan and in 2017 the pair became engaged  before marrying in California on September 7, 2019.

Holly Marie Combs landed her first on-screen role at the age of 15 when she appeared in the film Sweet Hearts Dance. She quickly added to her resume with numerous film roles before starring as Kimberly Brock in the series Picket Fences. Then in 1998 she landed her iconic role as Piper Halliwell in the hit series Charmed until it came to an end in 2006. Most recently, Combs has appeared in Pretty Little Liars as Ella Montgomery, and has made herself an estimated net worth of $14 million.

Following Combs’ second pregnancy in 2006, many thought that the actress had postpartum depression but she was actually diagnosed with postpartum thyroiditis. In an interview, the actress explained, “It’s where your immune system basically attacks you. When you’re pregnant, your immune system naturally slows down a but so you can carry the baby, then it amps back up after pregnancy. Mine amped up a little too much, and attacked my thyroid.” She continued, “People thought I had postpartum depression. I was really tired and run down, so I thought maybe it had to do with having little kids and a job. But I was also suffering from hair loss, dry skin and other symptoms. I knew something was going on, but didn’t know what it was. It actually made me really sad — I thought I wasn’t keeping up well with motherhood.” Although many women are able to recover from the condition, Combs was not and she will now be on medication for the rest of her life. 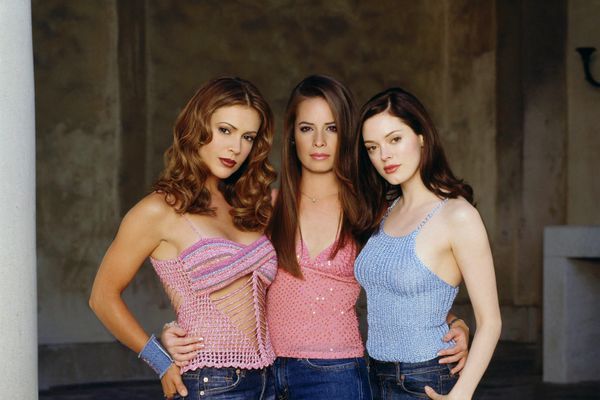