Hollywood is a small community, so it’s not surprising that many stars end up forming close relationships, whether it be friendly or romantic, or even just a great bromance! Arguably one of the most well known bromances in Hollywood is between A-list stars Leonardo DiCaprio and Tobey Maguire. The two became close after working together at a young age and subsequently grew up together in the industry. To celebrate their longstanding friendship, here’s a look at 8 things you didn’t know about Leonardo DiCaprio and Tobey Maguire’s friendship!

8. Helped One Another Get Jobs

The two actors met while auditioning for the same roles in the late 1980s. It was on the set of the short-lived comedy series Parenthood, where DiCaprio was cast as the lead and Maguire was only given a handful of lines that they became friends. Despite their different roles, they became fast friends, especially since they are only a year apart in age. After working together for the first time, they stayed in touch ever since! They later worked together in This Boy’s Life with Robert De Niro, Don’s Plum, and later The Great Gatsby.

7. DiCaprio Pursued a Friendship with Maguire

In an interview with Huffington Post, DiCaprio talked about his childhood buddy and how they came to be friends. “After I met Tobey at an audition, I felt like I wanted this guy to be my friend. I remember driving back from school and he was doing Hot Rod Brown Class Clown with Whoopi Goldberg outside Hollywood High. It was a high school. And I jumped out of my car in the middle of the scene, as they were shooting, practically. I was like, ‘Tobey! Tobey! Tobey! Give me your number.’ He was like, ‘Yeah, who are you again?” he joked.

In an interview with People, Maguire tried to relay that despite them being huge stars, their friendship is just like anyone else’s! “We are like any other buddies. There’s a lot of laughing and chatting between us. We enjoy doing a lot of things we have in common, like basketball. We like to play and talk about basketball,” he said.

5. They Used to be Neighbors

It was easy for these two to collaborate on The Great Gatsby because they lived next door to each other! When Leo wanted to discuss something about the movie, he didn’t have to wait long for his pal to arrive on his doorstep. “I happened to live next door to Leo at the time, so it wasn’t a far journey. I was like, ‘Oh, yeah. Sure. I can be over in 30 seconds if that’s good for you,” joked Maguire.

Even though Leo has never managed to settle down for too long, his best friend was formerly married to Jennifer Meyer, and they now share two children together, Ruby and Otis, which makes Leo — uncle Leo! According to People magazine, Leo never minded tagging along for family activities, “They will visit the beach, or grab Sunday brunch. Leo is great with Ruby and Otis…He is very hands-on, too, and offers help with cutting up their food and will carry them across the street. He would be a great dad!” said a source. Leo was named Ruby’s godfather in 2006.

One of the reasons Tobey and Leonardo’s bromance is sometimes referred to as ‘notorious’ is because of their ’90s group known as The P—- Posse. They formed a group with fellow stars, Lukas Haas, David Blaine, and Kevin Connolly, where they became known for partying, club-hopping and chasing girls. While these days their partying might seem far and few between, they still manage to stir up the press when they’re caught out and about on the town!

2. Go To Each Other for Advice

Like many friendships, Leonardo and Tobey both go to each other for advice, especially when it comes to acting. They respect each other’s opinion and apparently never make a big decision without running it by the other! “Every project we do, we talk about. Every single choice I’ve made, I’ve talked to Tobey about and vice versa. We’ve had endless conversations about certain projects and argued with one another and supported one another along the way,” said Leonardo in an interview with the Associated Press.

1. Hung out on the Set of Growing Pains

It seems even when these two weren’t starring in a show or movie together, you’d still somehow find them together on set! Back when Leonardo was 16 and landed a recurring role on the popular family sitcom Growing Pains, Alan Thicke fondly remembered how Tobey was always visiting him on set. “They were always on set, they always liked like they were in trouble or had been in trouble and were talking about it.” 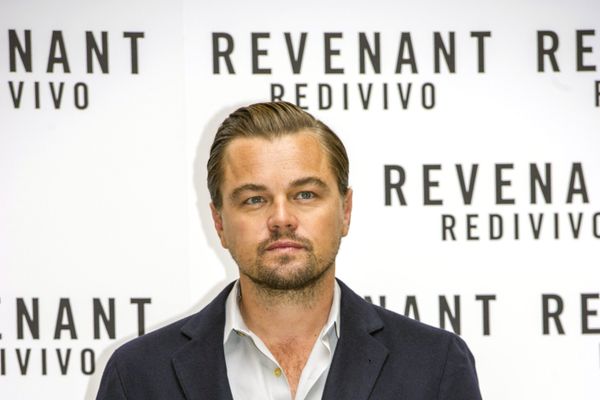