Audrey Roloff rose to fame when she began dating Jeremy Roloff whose family has their own reality TV show, Little People, Big World. Even though she’s a reality star who lives a good part of life on-camera, there’s still so much people don’t know about the fiery redhead, so get to know her better with these 8 fun facts:

The reality TV star has always been an athlete. During her elementary school years, she was seriously into ballet, but she gave that up when she got to high school. She was also a competitive downhill skier and an endurance swimmer. During high school, she shifted her focus to cross country running and went on to run competitively when she attended Oregon State University.

Audrey has her own lifestyle blog called Auj Poj, which she started during her freshman year of college. She shares stories about family, faith, fashion, as well as fitness tips, marriage and relationship advice, and home videos. She’s also a marriage blogger. She founded the site Beating 50, which is dedicated to empowering couples to beat the stat that 50% of marriages end in divorce each year. On the blog, she and her husband Jeremy provide marriage advice and resources for couples to help them prevent their marriages from ending in divorce.

Audrey has her own clothing line called Always More Apparel. She got the name from the verse in the bible passage Ephesians 3:20 that reads, “Now to Him who is able to do immeasurably more than we could ever ask or imagine,” and it became her mantra.

She’s had the same best friends now that she had when she was in kindergarten. They are known as The God Squad. Most of them still live within a ten-mile radius of each other and are married to their high school sweethearts. “They are the most creative, daring, bold, confident, loving women I know,” Audrey wrote on her blog.

Audrey met her future husband Jeremy Roloff during her freshman year of college. They were home for a weekend in Portland, Oregon, and were set up on a blind date before church by their friends who were dating at the time (but are now married). Jeremy pursued her for two years before they finally started dating and they dated for three years before they were married in September 2014 on Roloff farms. In September 2017, they welcomed their first child together, daughter Ember Jean.

The Little People, Big World star started journaling once she could write and has an extensive collection of journals as a result. “I have about 50 journals recording my life, prayers, and thoughts. Eventually, my physical journals turned into digital story-telling, although I still love putting pen to paper,” she wrote on her blog.

Audrey Mirabella Botti was born and raised in a suburb, Oregon. She has a sister and a brother and had a very outdoorsy upbringing. Her father taught Audrey and her siblings to ski before they could walk and their mother raised them to “know truth and love Jesus.”

1. First Job Out of College

Her first job out of college was in sales for Gallo Wine Company. She managed about 20 accounts in the Pasadena area, and she had the craziest hours! According to her, she worked from 3:00 a.m. to 1:00 p.m. everyday! “We lived in West Hollywood, so I commuted to work every day, and I worked from 3:00 a.m. to 1:00 p.m. Yes, you read that correctly…and that means I woke up at 2:00 a.m. every day. My job consisted of driving in LA traffic, sucking up to grumpy people that work night shift, physically building alcohol displays, stocking the shelves with wine and hard alcohol, getting told ‘no,’ and wearing cheap slacks and shoes that hurt my feet. After working all night/morning, I spent my afternoon/evening working on my blog. Eventually, I reached a point where I was making sufficient money from blogging, took a leap of faith and quit the J-O-B,” she told School of Styling. 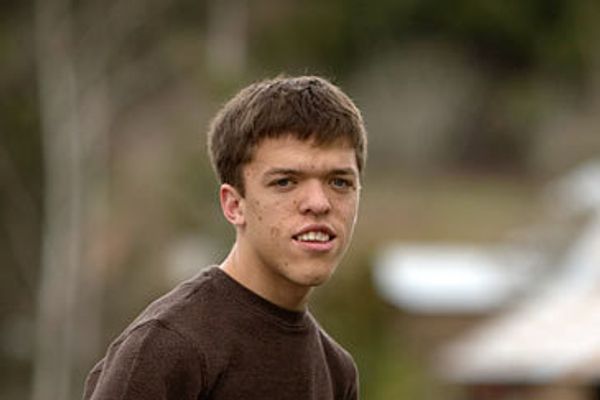