TV Land gave their network a new look when they added the series Younger to their roster, and it was a great decision. With a talented cast, and clever, funny and unpredictable writing, the show surpassed expectations of just another frivolous young adult show, and added levels that many including viewers and critics didn’t expect. If you aren’t watching Younger, you are missing out, so check out some things you didn’t know about the show!

Younger is actually based on the novel of the same name by Pamela Redmond Satran.

The success of Younger really shouldn’t be that surprising as it is created and produced by none other than Darren Star. Star is of course the man behind other hits such as Melrose Place, Beverly Hills, 90210, and Sex and the City.

One of the biggest draws for the show when it went into it’s first season on March 31, 2015 was that it is Hilary Duff’s first full-time TV role since her breakthrough show Lizzie McGuire ended in 2004. Initially, Duff turned down the role because the series is shot in New York while she lives in L.A. with her son. Star, however, called her and said the role was only hers and he wouldn’t take no for an answer.

Fans of the series know that things get hot and heavy between Liza (Sutton Foster) and Josh (Nico Tortorella) pretty quickly and Nico has said it isn’t too hard to act that out. When asked about the chemistry between the two which translates so well on-screen, he replied, “It’s crazy! We genuinely love each other.”

Sutton Foster, who plays the lead role of Liza Miller (a 40-year-old pretending to be 26 to establish her career), is somewhat like her character when it comes to establishing a new career at 40 years old. Foster broke out as a Broadway star in her 20s and has won two Tonys as well as other awards for her performances; however, her television work is still relatively new and, after starring in Bunheads, it was cancelled after one season, but now Foster is enjoying the continued success of Younger.

At first many just projected Younger as just another Sex and the City type show, but it has surprised many and earned quite a bit of critical acclaim after its first season. The first season has a 97% rating on Rotten Tomatoes and a HuffPost TV article stated, “Over the course of the first season, however, the series developed into something more substantial. In the midst of Jell-O shots, awkward sex and intern coffee runs, “Younger” delivered an important commentary on growing up in the millennial age, packaged within a deceptively slick and quick-witted exterior.”

There is no telling how long the show will last, although by the end of the first season, Liza’s 26-year-old boyfriend already learned her big age secret, making many wonder what will happen if Liza pretending to be younger is no longer the basis of the show. Star commented on this saying the “intermingling of age groups is what means” not necessarily the secret. “[The secret is the premise of the show, but the theme of the show is ultimately about a woman living in a younger world… At a certain point maybe that’s what it will become,” he said.

Thanks to its success with critics and on the network, it was announced before the sixth season premiere that the show had already been renewed for a seventh season! After season six left off on a huge cliffhanger, fans can’t wait to see what happens but with production delayed there is no word when the season will air. 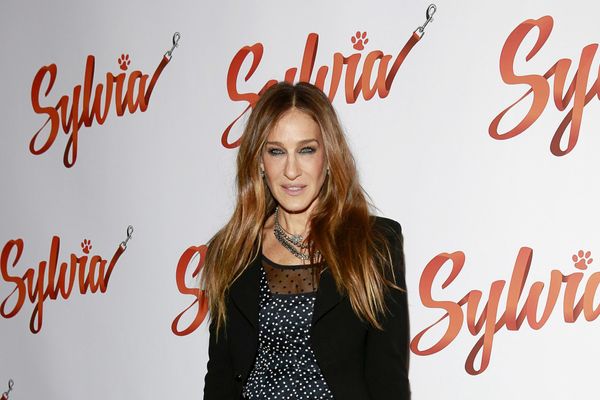