Sometimes shows have trouble continuing on when one of the leads decides to leave the series, or is fired, but other times the show can literally continue on without the lead character for several more seasons without any serious consequences. These shows faced the challenge of losing an important star, but persevered! They lost a lead and they were able to keep going, although sometimes not for long:

In September 2020, Anna Faris surprised everyone when she abruptly announced she was exiting her hit series Mom after seven seasons. “The past seven years on Mom have been some of the most fulfilling and rewarding of my career. I’m so thankful to Chuck, the writers, and my amazing castmates for creating a truly wonderful work experience,” Faris, 43, said in a statement. “While my journey as Christy has come to an end, allowing me to pursue new opportunities, I’ll be watching next season and rooting for my TV family.” Instead of ending the show with the loss of their lead, they decided to continue on. When season eight premiered in November, it was explained that Faris’s character Christy had gotten into law school on the East Coast.

Netflix used its comedy, The Ranch, as a That ’70s Show reunion as it cast Ashton Kutcher and Danny Masterson as brothers Colt and Rooster Bennett. The chemistry the pair already had helped greatly in gaining an audience for the series and making the jokes flow, but controversy ensued after Netflix abruptly fired Masterson following sexual assault allegations against the actor. After Masterson was fired in December of 2017, it was confirmed that the series would be coming back for a third season and, in March of 2018, it was reported that his character would be replaced by actor Dax Shepard. Shepard was cast as Luke Matthews, a former soldier who befriends Colt Bennet.

Amid all the reboots and revivals, FOX took a chance in 2016 when it debuted the TV adaptation of the beloved film franchise Lethal Weapon starring Clayne Crawford and Damon Wayans as Martin Riggs and Roger Murtaugh. Unfortunately, despite high ratings, following season two, reports surfaced that FOX was considering axing the series because of problems with star Clayne Crawford and rumors swirled that if the network decided to go ahead with a season three, it would be without him. In mid-May, the shocking news came that FOX had fired Crawford and the show would be continuing on without Martin Riggs. In addition to cutting the major star, the network announced it had hired Seann William Scott to fill the void as a new partner for Wayans’ Murtaugh.

After six seasons on One Tree Hill, both Chad Michael Murray and Hilarie Burton decided not to return for the show’s seventh season. They were two of the series’ five protagonists and their characters had one of the show’s central love stories. To help fill the void, Quinn, Haley’s sister, and Clay, Nathan’s sports agent, were added to the cast. The show continued for another three seasons until April 4, 2012, and Murray even made a special appearance during the show’s finale.

In May, 2020 many were surprised by the news that Ruby Rose was exiting The CW’s hit new series Batwoman after only one season. Her exit hit hard because she was Batwoman/Kate Kane which meant the series was not only without its lead actor, but also lead character. Despite the surprising move, The CW has plans to move ahead with a brand new character taking on the Batwoman mantle. The new character will be called Ryan Wilder, and will be very unlike Kate Kane. “She’s likable, messy, a little goofy, and untamed,” according to reports. “With no one in her life to keep her on track, Ryan spent years as a drug-runner, dodging the GCPD and masking her pain with bad habits. Today, reformed and sober, Ryan lives in a van with her plant. A girl who would steal milk from an alley cat and could also kill you with her bare hands, Ryan is the most dangerous type of fighter: highly skilled and wildly disciplined. An out lesbian. Athletic. Raw. Passionate. Fallible. And very much not your stereotypical All-American hero.”

Susanne was one of the three leads on Three’s Company when she was fired from the show during season five for demanding a significant salary increase. Jenilee Harrison was brought in to replace her that season as her character’s clumsy cousin, but she only lasted one season and was replaced during season six with a new blonde roommate named Terri Alden (played by Priscilla Barnes). After Somers’ departure, the show lasted another four seasons until it ended after season 8.

After Charlie Sheen’s Two and a Half Men character Charlie Harper was unceremoniously killed off at the beginning of season nine and replaced with Ashton Kutcher as Walden Schmidt, the show managed to keep going for another four seasons! In season 11, the show also lost Angus T. Jones. He had been relegated to recurring status for season 11, but he didn’t make another appearance until the show’s finale. The series was officially canceled after 12 seasons in February 2015.

Charmed is one of the rare times where a series actually continued on for longer following its split from a major star. For three seasons the popular supernatural series starred Shannen Doherty, Alyssa Milano and Holly Marie Combs as the Halliwell sisters, but the end of season three also brought the end of Doherty’s time on the show as the eldest sister. Instead of flailing without one of its leads, the show brought in Rose McGowan as their half-sister Paige Matthews and Charmed went on for five more seasons before concluding with its eighth season.

Sergeant Nicholas Brody was a central character for first three seasons of Homeland; however, given that his character was a double agent, it was going to be impossible to keep him around indefinitely. After his character was hanged during season three, the show continued on without him and has been renewed for a seventh and an eighth season, which will be the series’ last.

Ron Howard was one of the main characters on Happy Days and many of the plots revolved around his character, Richie Cunningham. When he decided to leave the series to pursue a career as a director, producers were worried about what impact his departure might have on the series. Happy Days continued on without Richie for another four seasons; however, the writing seemed to go downhill after Howard left the series.

The Office reigned as one of NBC’s highest critically acclaimed series, and a lot of it was thanks to Steve Carrell as Dunder Mifflin leader Michael Scott. After his contract expired at the end of season seven, however, the popular star decided not to continue on with the series, but NBC decided that didn’t need to be the end of the show. Following his departure, The Office continued on for two more seasons with Carrell making one last appearance in the series finale.

Michael J. Fox starred on Spin City for four seasons as Mike Flaherty; however, at the end of season four, he had to leave the series to deal with his Parkinson’s disease, so Charlie Sheen came in to replace him as Charlie Crawford. With Sheen, the show continued on for another two seasons until it was canceled in 2000 due to low ratings.

Nina Dobrev – who played Elena Gilbert on The Vampire Diaries – left the series after season six, but the show continued for another two seasons without her. To make sure that they could bring her character back at some point, the writers left Elena in a coma. Two seasons later, at the end of season eight, the show came to an end and Dobrev came back for the finale. Elena finally woke up from the coma, chose Damon and they lived happily ever after.

Nashville fans were devastated when Connie Britton’s character Rayna James was killed off the show during the show’s fifth season in a car crash. Despite losing Britton, who was considered the heart and soul of the show, the series has continued on without her and is currently on its sixth and final season. 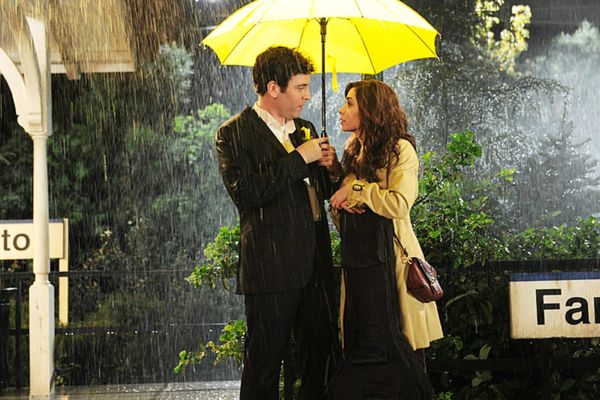