Everything was better in the ‘80s, right? The music, the trends, and the soap operas! Daytime drama was just as intense back then as the most unbelievable antics would occur daily. That’s in part to the day and age we were all living in back then, but a nod should go to the daytime men of the ‘80s for keeping the action and adventure at all-time high. As such, below is a list of eight unforgettable male characters from ‘80s soap operas.

Handsome schemer with a heart of gold, Jake McKinnon entered Another World in 1985 and would stay with the show until it got cancelled in 1999. He was one of those characters that went from zero to hero over the years, starting out as a bad boy from the wrong side of the tracks to eventually becoming a prominent member of Bay City society. Jake rolled into town with fellow bad girl and BFF Vicky Hudson, and over the years their on-again-off-again relationship would turn into a deep and beautiful love.

When Young and the Restless (Y&R) fans think of Jack Abbott, they think of Peter Bergman, after all, he’s been in the role since 1989. However, when Jack was first introduced to Y&R fans, he was actually played by actor Terry Lester. Back then Jack was a playboy who pursued and even seduced his father’s girlfriend, Jill Foster. While he succeeded in hurting his father (and sleeping with Jill), that didn’t seem enough for him: Jack would continually be a thorn in the side of Jill and John, constantly trying to break them up back in the day.

Alan Quartermaine strolled into Port Charles in the late ‘70s and would be a staple on General Hospital (GH) in the 1980s. His love affair with Monica was the reason that kept him in town and the two had a whirled-wind romance. Sadly, this love affair was also scorched with quite a bit of cheating and lies from both parties. Even sadder than that, Alan died in 2007 when he suffered a heart attack during the Metro Court hostage storyline and did not receive medical attention in a prompt manner. Many fans mourned his death, but thankfully his ghost has made some appearances to family members now and again.

So, this is technically a two-in-one spot, but both twins played a huge role in All My Children’s (AMC) storylines in the 1980s. In typical soap opera fashion, there was a “good” twin and a “bad” twin. Adam was the suave businessman who was manipulative and powerful, while Stuart was soft, kind-hearted, gentle, and preferred living a simple life. The two were involved in some pretty crazy storylines over the years but, sadly, in 2009 Stuart met his demise when an enemy of his brother’s shot him thinking he was Adam.

Anyone else miss Santa Barbara? There was no hotter couple in the 1980s than Eden Capwell and Cruz Castillo. Cruz strolled into Santa Barbara in 1984 and the sparks began to instantly fly between him and Eden. Much like any soap opera couple, they had their ups and downs over the years with miscommunication, affairs, paternity tests – you name it, but their love endured until the end of the decade. Despite their challenges, these two did end up getting hitched in 1988.

Who wasn’t in love with Frisco Jones in the 1980s? He was a handsome spy adventurer who also happened to be an amazing singer and songwriter. Who knew? Frisco entered the world of GH when he joined Blackie Parrish’s band as the lead singer. Alas, it wasn’t too long before the love of his life, Felicia, would enter the picture and these two shared a magical ‘80s romance.

Bo Brady was introduced to Days of Our Lives (DOOL) viewers in 1983 and fans instantly fell in love. He was handsome, smart, and rode a motorcycle … what is not to love?! He was also quite the opposite when it came to his ‘Fancy Face,’ Hope Williams, and these two were one of the many DOOL super couples that the soap was famous for in the 1980s. Anyone watching these days (pun-intended) will know, Bo died of brain tumor in late 2015 after he had just returned from a long hiatus. DOOL fans mourned the loss, but the silver lining was that there will always be the memories from his incredible adventures in the 1980s to hold on to.

Victor Newman strolled into Genoa City in 1980 and the little town has never been the same since! What was supposed to be a short-term contract for actor Eric Braeden turned into a career-changing role when Victor Newman made his splash in the 1980s. He was signed up for a few episodes that later turned into a permanent contract. He has created an incredible and legendary character in Victor during his 17 years on the show. Had Braeden not wowed audiences back in the 1980s … where would Victor Newman (or even Nikki Newman for that matter) be today? No Y&R fan wants to think of a Genoa City without Victor. 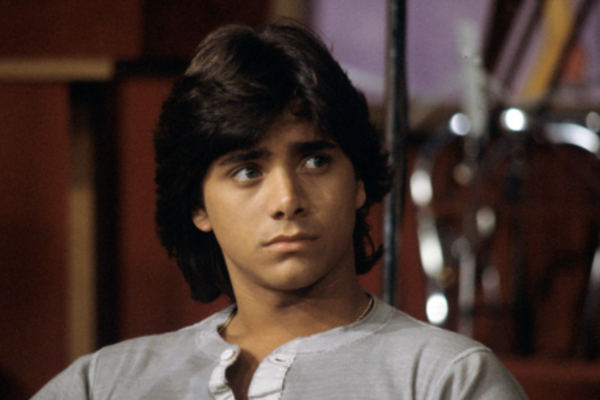