Recasting is a reality in the soap opera world, with actors and actresses constantly moving onto roles within other areas of the entertainment business, as well as other soaps. It can often feel like a revolving door, and while at times an actor or actress can nail it when they are recast into a popular soap role, there are times when they simply miss their mark. Below is a list of regrettable soap opera recasting decisions.

15. Mark Valley as Jack Deveraux – Days of Our Lives

There are some roles on daytime television that you just don’t recast, and one of those happens to be DOOL’s Jack Deveraux. Back in 1994, actor Mark Valley stepped into the part, much to the dismay of fans. Good news is that actor Matthew Ashford (the best one ever) is officially back on Days, and viewers are loving the fact that the real Jack Deveraux is once again on the Salem scene.

The Nikolas Cassadine character was originated by actor Tyler Christopher, and over the years GH fans have watched him grow from a teenager into a strapping adult. Back in the late 1990s, the role was recast and Stephen Martines became the new Nikolas for a brief moment in time. The actor had the look but didn’t have the same Cassadine charisma that Tyler brought to the character.

13. Shari Shattuck as Ashley Abbott – Young and the Restless

Y&R fans undeniably prefer actress Eileen Davidson in the role of Ashley Abbott; however, Brenda Epperson did an alright job as the character in the late 1980s to mid-1990s. Having said that, when Shari Shattuck took the on Ashley Abbott in 1996, the recast was a failure.

12. Stephanie Cameron as Jennifer Horton – Days of Our Lives

There was a point in the mid-to-late 1990s where Salem just didn’t have the same feel it once had, and one huge gap was the recast of Jack Deveraux and his super-couple better half, Jennifer Horton. Actress Stephanie Cameron took over the role in 1995 from long-time Days’ alumna Melissa Reeves, and it was hard for DOOL fans to watch the J&J love story unfold without the familiar faces they were used to.

Soap opera veteran Billy Miller has true daytime drama star power and many GH fans were excited to learn he’d be stepping into Port Charles in 2014. While it was great to see Miller onscreen, he simply did not feel like Jason Morgan. The silver lining to this all is that when the “real” Jason (aka actor Steve Burton) did return in 2017, the storyline transformed Jake Doe into an unknown Quartermaine. Now GH fans get to enjoy both Miller and Burton on a daily basis.

10. Tracy Middendorf as Carrie Brady – Days of Our Lives

DOOL fans fell in love with child actress Christie Clark as she grew up on screen portraying the loveable Carrie Brady. Unfortunately, the part was recast to Tracy Middendorf in 1991, and wasn’t received very well by Days viewers. Middendorf was a tremendous actress but just didn’t feel right as Carrie for many members of the DOOL audience.

9. Darius McCrary as Malcolm Winters – Young and the Restless

It’s hard enough for an actor to step into an already-established soap opera character, but poor Darius McCrary had to fill the shoes of Shemar Moore, the original Malcolm Winters. In fact, it was a difficult watch for many Y&R fans, as the recast just didn’t make sense and was a shadow of the former character. Darius is a tremendous actor, but didn’t quite cut it in Genoa City.

The resemblance between Sean Kanan and Steve Burton still baffles GH fans to this day, which is probably the initial reason why Kanan was cast into the role of A.J. Quartermaine, Jason’s older brother, in 1993. While looks might have gotten him the part, his acting skills won over GH audiences everywhere. This is why it was so sad to see Kanan leave this character in 1997. As such, Billy Warlock was re-cast as A.J. that year, and unfortunately was not able to do the character the same justice. While he did play Alan Junior for a solid six years and returned for a short A.J. stint in 2005 …he never truly felt like A.J. Quartermaine. Getting back to Kanan and Burton’s brotherly resemblances — when A.J. passed away in 2005 and news broke in 2012 that Kanan was returning to GH, many fans of the show wondered if he would return as Jason. In the end, he came back as A.J., another soap character to return from the grave and reprise a role that fans thought was long gone.

7. Melissa Ordway as Abby Newman – The Young and the Restless

Like many soap characters, there have been a handful of actresses to take on the role of Abby Newman in Y&R. The one that probably stands out the most is when Marcy Rylan burst onto the Genoa City scene and really took the Abby character from a dizzy, blonde, rich girl, who only cared about materialistic things, into someone that had far more depth. Sadly, Rylan left the show in 2013 and was replaced by Melissa Ordway. While Ordway has been in the role for years now, for many Y&R fans, Abby Newman simply does not feel the same without Rylan.

As Jonathan Jackson originated the Lucky Spencer GH role at the young age of 11, fans have marvelled at watching him grow up over the years. Much like Robin Scorpio and Kimberly McCullough, the GH audience associates the role of Lucky with Jackson, which is probably the reason it was such a disappointment when Jacob Young entered the role in 2000. He remained as Lucky for about three years, and was then replaced by Greg Vaughan, but nothing beats the original when it comes to Lucky Spencer.

There have been more than a few actresses who have played Carly Corinthos over the years, and each has nailed the part in their own way. While fans all have their favorite Carly, each actress (from Laura Wright to Tamara Braun and the original Carly, Sarah Joy Brown) have done a solid job. Well, all except for Jennifer Bransford, known to some as simply Carly #3. Bransford played Carly in 2005 for about six months, and was between Braun and Wright in the evolution of the Carly recasting. Sadly, Bransford simply did not cut it when it came to Carly, and both producers and fans knew this from the get-go.

4. Krista Allen as Billie Reed – Days of Our Lives

There have been three Billie Reed to enter Salem over the years. While Lisa Rinna originated the DOOL role in 1992, she left the show in 1995 to pursue prime time television opportunities. That’s when Krista Allen stepped in, playing Reed for three years from 1996 to 1999. Rinna’s original portrayal of Billie was one of a tough, street-smart girl, with grit and beauty. Unfortunately, Allen’s portrayal of Billie was really nowhere near the roots of what Reed was all about. At the end of the day, there is nothing like the original, and Rinna reprised her Billie character again from 2002 to 2003, and 2012 to 2013, while Allen has yet to return.

Kristen Alderson originated the role Kiki Jerome on GH in 2013 and audiences fell in love with the strong, feisty and beautiful young lady. However, in early 2015, Alderson decided to pursue other interests, and playing Kiki was not one of them. Enter: Hayley Erin. Sadly, this recast was an epic fail from day one, as Erin has portrayed Kiki as a weaker and meeker version of the character that Alderson built up.

2. David Tom and Burgess Jenkins as Billy Abbott – The Young and the Restless

Y&R fans were outraged in 2014 when news broke that Billy Miller was leaving the role of Billy Abbott. At first, producers recast David Tom, the actor who originally played Billy as a teenager in 1999; however only four months later, Tom was released, as he simply did not make a good fit for the current direction of the character. Burgess Jenkins would step in, lasting a whole lot longer than Tom with 112 episodes and almost two years under his belt, but he still didn’t quite nail the Billy Abbott persona.

1. Guy Wilson as Will Horton – Days of Our Lives

Chandler Massey won Days audience over during his portrayal of Sami Brady’s son, Will Horton, from 2010 to 2014. He also won a tremendous number of accolades from DOOL fans and peers, by winning a Daytime Emmy in the category of Outstanding Younger Actor for three years in a row (from 2012 to 2014). Sadly, Massey abruptly left the show in 2014 and actor Guy Wilson took over the Will role. Chandler left some pretty big shoes to fill, or perhaps it was because Guy lacked chemistry with his partner Sonny, but Wilson’s portrayal was a bomb. 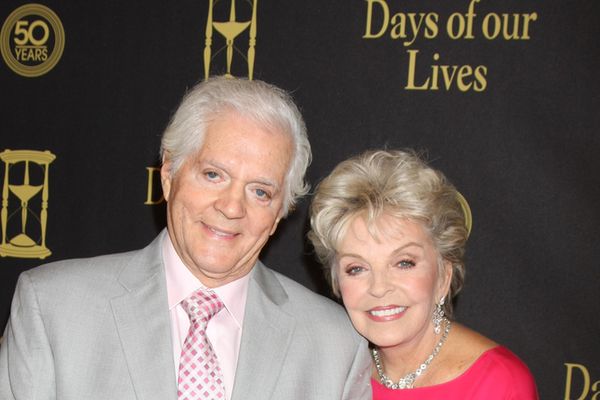