These names used to stand for something, or so it seemed. Hollywood has a strange way of aiding in the compromise of standards and career paradigm, especially when it offers a taste of celebrity sweetness, then beckons with a few sellout offers necessary to sustain a desired lifestyle. What in the Hades does that mean? It means that people love the perks of celebrity, and they’ll sell out any artistic standard in order to maintain the cash flow. We get it, people need to work, but to shamelessly dismiss their career mettle?

We’ll start with a light sting, and address Janeane Garofalo. What happened here? Janeane was an indie princess–that hotter than she’d ever let you know type o’ gal, who did weird scripts, and some great, edgy comedies. The comedienne/actress enjoyed roles in cult classics such as Romy and Michele’s High School Reunion, and Wet Hot American Summer, and Janeane was always playing characters who were above the bull****. She had a knack for calling out any of the crap she encountered. Never–and that means never–did we imagine Janeane would show up for the Wet Hot…prequel with more cosmetic work than a lot of reality stars. So, here’s the woman who called out the crap, completely and totally buying into the crap. Unacceptable. Janeane was hot because she didn’t care about it–or so we thought. She sold out to vanity, and believed the Hollywood BS about aging women.

It is appreciated that Robert De Niro wants to do more comedy in the third act of his career, but Dirty Grandpa? Really? This isn’t the first time we’ve looked at a career choice made by De Niro, and thought, “Really!?” Somewhere along the line he fell in love with a Focking franchise, and then started phoning in some performances. It’s not to say that Mr. De Niro has lost his skill set, but it is to say he has taken a few jobs, and seemingly said, “Let’s make sure the check is in the mail before we get started.” His recent collaboration with David O. Russell have lured him back into the realm of studio-funded, borderline indie-feel films, but we’re missing that De Niro edge. It’s a little paint by numbers these days. He needs to collaborate with Quentin Tarantino.

What happened to Richard Dreyfuss? He offered the saccharine sweet Mr. Holland’s Opus, and then fell into a pattern of some regular TV appearances, and films that haven’t performed well. There’s no taking away his legendary status in the realm of blockbusting films, especially his work with Mr. Steven Spielberg on classics such as Jaws and Close Encounters of The Third Kind, but Richard made the faux pas of taking the cash in the campy thriller, Piranha 3D in 2010, and regardless of his ties to films with killer fish, this was a definitive sellout move. Well…Why wouldn’t he do it? It was probably fun. It paid well. Yes, all of these things are true…but we’d imagine there were also a load of stellar, outside-the-box scripts coming across his agent’s desk at the time, and that’s the stuff we want to see him do!

There’s something magnetic about J.Lo. She enjoyed her first real break in the biz as a member of the Fly Girls crew on the Keenan Ivory Wayans sketch show, In Living Color. From there she slipped into some acting roles, and then turned everyone’s head when she played the titular role in Selena. Jennifer was fantastic in the film, and she snagged the attention of some very influential filmmakers. It didn’t take long before she was working with Steven Soderbergh and George Clooney, as well as Oliver Stone and Sean Penn. She was destined for the A-List. She mixed it up in the music business, and regardless of marginal vocal talent, she hit it big. Some things about her hit huge! Then…she left her husband for Ben Affleck, embarked in the garbage business, and the maintenance of celebrity over artistic integrity: Gigli; American Idol; Shades of Blue…?

In fairness to Kevin, he is making a comeback of sorts. The projects he has done over the last few years have pulled him from the top of this list, but there is still some restitution he needs to pay for projects like Water World. In truth, Kevin’s biggest issues, and the sellout factor stems from the fact that at the height of his popularity, he literally did every role as himself. Robin Hood? Why would Robin Hood need anything other than a nondescript American accent? Dances With Wolves? A beautiful film, and the perfect vehicle for Kevin, but that’s who we got in Field of Dreams, Tin Cup, For Love of The Game…The Postman. Geez, Louise. What was he thinking with the Postman? We tip the cap for Hatfields & McCoys, and Black or White, but this other stuff, we can live without.

Why is Al Pacino yelling all the time? If he’s not yelling, he’s whispering!? Several screen legends have fallen into this pattern once they’ve reached life maturity. It happened to Marlon Brando, too. But the movies Al is making…? When is the last time you thought to yourself, “Here’s one of the greatest actors of his generation–I gotta see his new flick!” Exactly. Al Pacino only used to great movies. Somewhere along the line, he started taking more money jobs, or maybe movies just started sucking more…either way, Al ended up trying to do too much with too little in the script department. Then it seemed he was phoning in his performances. Al was at the top of his game in Scent of A Woman, and he remained dynamic and layered even in films like Any Given Sunday, but the last few…? Stop yelling.

Johnny Depp signed too much of a contract with Disney. It was the ultimate actor sellout. Here is Johnny Depp, king of the indie film–king of the Oscar nomination from the film with no budget, taking a role–which he made iconic–only to rehash it time and time and time and…you get the picture. And then, he did The Lone Ranger. For longtime fans of Johnny Depp, who’ve offered their fanaticism for 20-30 years, this was pretty hard to handle. No, Johnny has not lost a thing in regards to playing dynamic characters, but what he’s lost is the edge and his fans’ desire to see him act in these roles. Mortdecai was one of the worst films of 2015, and Black Mass was one of the better ones. What gives? Can we get a consistent through-line from Johnny?

Did we all set the bar way too high for Adam Sandler? Adam is bit of an anomaly. With the right direction, he can turn in an absolute tour de force: Punch Drunk Love. When handing the reins to one of his buddies–Grownups–the movie going audience is offered a mess…a big ole mess. It’s understood that a comedian like Adam–who gets his funny from the light side of life–wants to do more over-the-top comedies than films that are simply funny. Sadly, the films become one-up contests between he and David Spade, Chris Rock, Kevin James…the list goes on. We admire the idea of getting outside the box in something like The Cobbler, but it’s a slant on something we’ve seen before. The other stuff has to stop. It has to. His sellout to saying yes to bad movies will tarnish his lovable legacy.

Oh, Miley. Our little heart breaker. There’s nothing like boldly proclaiming you’ve sold out than to ride a giant penis onto a stage while your audience is full of underage concertgoers. We don’t wish to infringe upon Miley’s personal liberties, but she has ventured into a realm of absurdity that is nearly impossible to decipher. She was Hannah Montana, then recording teeny bop hits that everyone was singing along to, making tweeny movies, being praised by her “mentor,” country legend Dolly Parton, dating and becoming engaged to Liam Hemsworth, entertaining legions of fans and then completely and totally losing her mind. It is fascinating–and not in a good way–to see someone be completely consumed by something, and not seem to realize it. Her sell out has paid the big bucks, but it may take an even larger toll in the long run. 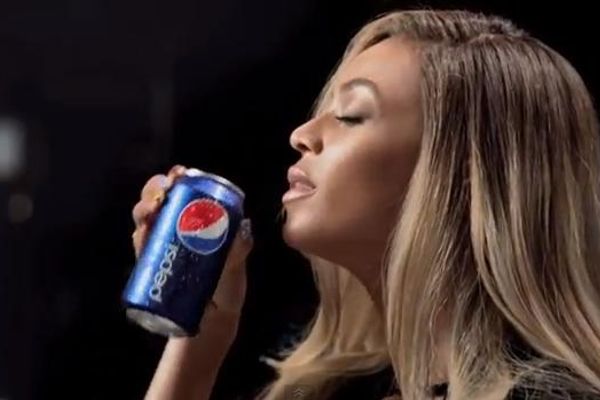