Some of Hollywood’s biggest and best actresses in the late 90s and early 2000s appeared to be headed for big things. They starred in critically acclaimed films and and TV shows and delivered fantastic performances. Everyone was expecting these stars to make it on the big screen, however, instead of succeeding like we expected, these actresses failed to live up to our expectations. It’s disappointing, really. Here are 9 actresses who were supposed to make it big, but never really did. Check them out:

When Katie Holmes landed the role of Joey Potter on Dawson’s Creek she was considered to have a “unique combination of talent, beauty and skill that makes Hollywood come calling.” Everyone expected Holmes’ career to really take off, especially after her success in films like Go and Pieces of April. After critics savaged her performances in Batman Begins and Thank You for Smoking, everyone realized that she didn’t exactly have the potential that we all thought she had.

Kirsten Dunst is another actress who looked like she was headed for big things. She secured some coveted roles in a number of critically acclaimed films including Interview with the Vampire, Little Women, The Virgin Suicides and Eternal Sunshine of the Spotless Mind. Surprisingly, the only Golden Globe nomination she has ever received was from her role in Interview with the Vampire, which was back in 1995. Her accolades since then haven’t been nearly as impressive.

Hollywood is always looking for its next “It girl” and by the late 2000’s it was clear that Amber Heard was one to watch. After many small roles in films and on TV, Heard began getting more attention after starring in hit teen films Never Back Down, Pineapple Express, Zombieland and The Stepfather all within two years. Unfortunately for Heard, questions arose about her actual acting ability and she was deemed just another pretty face that led to similar roles over and over again. Eventually she instead became known for her bizarre relationship with Johnny Depp which ended his 14-year relationship with Vanessa Paradis. Although she starred in 2018’s Aquaman as Mera, a film which dominated the box office, critics and viewers are still lamenting that she has no acting skills and it is clear her career didn’t take the trajectory it was supposed to.

Alicia Silverstone made it big, but only for a moment which was truly surprising to many. After a few small roles, Aerosmith pulled her out of obscurity to star in their videos for “Cryin'” and “Amazing” and before long she landed her iconic role as Cher in Clueless. While it seemed she was on the path to the top of the A-list, in the more than 20 years since Clueless was released, it still remains her best-known role. Although Silverstone has continued to act, she has not resurfaced in anything nearly as big as Clueless, and she never became the Hollywood leading lady that most expected.

It was clear early on in her career, that producers in Hollywood thought that Katherine Heigl was the next big addition to romantic-comedy leading ladies, but in the end her career didn’t amount to what everyone thought. After a role in the popular but short-lived series Roswell High, Heigl moved on to the television juggernaut Grey’s Anatomy. While she left the show to star in films including Knocked Up, The Ugly Truth, 27 Dresses, and Killers none were exactly huge box office films, and to make matters worse, Heigl’s bad reputation in the industry began to precede her. Before long, news that Heigl was a “diva” and difficult to work with was all that anyone was talking about and the big roles stopped rolling in. As a result her career stalled right when it was beginning to really take off.

During the ‘90s, Ashley Judd established herself as a leading actress because of her roles in commercially successful films like Kiss the Girls and Double Jeopardy. In the space of 10 years, she proved that she had enough talent and work ethic to build a long-lasting career in Hollywood; however, for some reason, about a decade ago, her career started to stagnate. While she recently had a role in Divergent, for the most part, her days as a leading lady seem to be over.

During the early 2000s, Zooey Deschanel was considered one of Hollywood’s most sought after young stars. She put together an impressive Hollywood resume playing offbeat yet charming characters; however, despite working on a number of high profile movies including The Good Girl, Failure to Launch and Bridge to Terabithia, Deschanel has never really been able to establish herself as a leading lady on the big screen.

When she landed the coveted role of Angela Hayes in the Academy Award-winning film American Beauty, Mena Suvari received international recognition. She received a BAFTA nomination for her performance and it looked like she was on her way to becoming one of today’s most promising young actresses; however, since American Beauty, Suvari hasn’t landed another critically acclaimed role. Her most memorable role to date has been as Heather in the American Pie movies.

While some stars find it difficult to break out of the Disney mold that is formed when they are young, it was expected that Vanessa Hudgens would be one to do it. After starring as Gabriella Montez in the High School Musical franchise, Hudgens was one of the most talked about young actresses in the industry, yet as her co-star and ex-boyfriend Zac Efron’s career began to skyrocket, her’s stayed on the ground. Ten years after the last High School Musical film, Hudgens had yet to be in another major production, and when she starred in Netflix’s original holiday film The Princess Switch, many wondered where she had been for the past decade.

The late ’90s and early 2000’s brought an onslaught of productions starring Kate Bosworth that seemed to be steering the blonde beauty right into the path of A-list success, yet somewhere along the way she faltered. Despite her talent and beauty, Bosworth’s career never seemed to take the next big step after roles in films like Remember the Titans, Blue Crush, and even Superman Returns. It seems poorly received films and not Bosworth’s actual talent were her biggest hindrance and as a result she never became the big star she was supposed to.

As a successful child actress with roles in films such as Notting Hill and The Sixth Sense, things shifted for Mischa Barton when she landed the lead role of Marissa Cooper on The O.C. From 2003 to 2006 she was the most talked about young actress in the television world and when she left the series in its third season fans were eager to see where her career would take her next, and it was expected she would make a move to the big screen once again. Unfortunately, fame was not kind to Barton and instead of finding success she retreated from the spotlight.

During the ‘90s, Thora Birch had roles in an impressive list of Hollywood productions, including Patriot Games, Clear and Present Danger and Now and Then. She got her big break in the Academy Award-winning movie American Beauty and went on to nab a Golden Globe nomination for her performance in Ghost World. Birch seemed like she was here to stay; however, since her success in Ghost World, she has more or less faded into oblivion.

After her success in The Notebook, Wedding Crashers and The Family Stone, Rachel McAdams was hailed as “the next Julia Roberts” and the new “Hollywood it girl.” In spite of being in-demand at that point, she turned away from the spotlight. McAdams turned down roles in The Devil Wears Prada, Casino Royale, Mission: Impossible III and Get Smart. Her career lost serious momentum as a result and, even though she continues to act, she has never been able to get that momentum back.

Kate Hudson had earned a reputation as a serious actress when she won rave reviews for her performance as Penny Lane in the movie Almost Famous. She received an Oscar nomination for the role and she nabbed the Golden Globe for Best Supporting Actress. Everyone expected her career to really take off after her success in Almost Famous; however, that hasn’t happened. While she’s been in countless films over the years, they’re all romantic comedies where she plays the same type of character over and over.

During the ‘90s, Christina Ricci was one of the most in-demand young actresses. She had roles in some of the biggest movies including The Addams Family, Now and Then, The Opposite of Sex and Sleepy Hollow. During the last 15 years, however, her career has cooled down considerably. While she was able to nab a supporting role in the movie Monster alongside Charlize Theron, Ricci’s biggest role in recent years has been in the television series Pan Am, which only ran for one season. 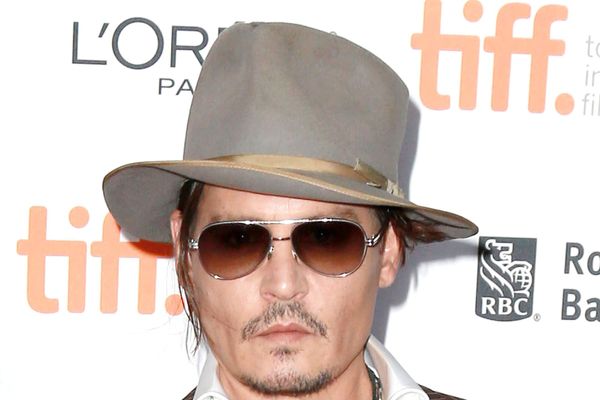