9 Celebrities Who Are Banned from Foreign Countries

Sometimes even celebrities can’t have everything they want! We’re about to present you with a list of 9 celebrities who have been banned from entering certain countries for a host of reasons, from drug use to being completely disrespectful. Some people on our list might actually surprise you! Check it out:

After starring in “Seven Years in Tibet,” Brad Pitt has been banned from entering China due to the film’s portrayal of China’s harsh rule in Tibet. We suppose that the interpretation of how the Chinese rule Tibet might not be too far of a stretch considering the actor is not welcome in the country anymore.

When Miley Cyrus and a few of her friends posed together with their eyes slanted back in 2009, Chinese Foreign Minister Yang Jiechi said, “Miss Cyrus has made it clear she is no friend of China or anyone of East Asian descent. We have no interest in further polluting our children’s minds with her American ignorance.” The truth hurts!

Back in 2006, Jay Z tried to enter China, but was denied entry because of the vulgar content in his lyrics. Jay Z was scheduled to perform in Shanghai but, because of China’s concern, it was cancelled. And here we thought Jay Z’s lyrics were more tame than some…

A year after assaulting his then girlfriend Rihanna, Brown was scheduled to tour London, but had to change his plans after he was denied entry into the country. It is good to know there were at least some repercussions for his deplorable behavior!

Lily Allen had flown from Australia to Los Angeles as part of her trip to the MTV Video Awards in Las Vegas when she was detained by customs and barred from entering the U.S. Apparently, Allen had a scuffle with a photographer a few months earlier, so she was no longer welcome in the United States. Who knew the paparazzi had so much power!

Alec Baldwin made an inappropriate joke about mail order brides, which ended up having him banned from entering the Philippines. On The Late Show, Baldwin joked, “I’m thinking about getting a Filipino mail-order bride at this point…or a Russian one.” Yikes! Sounds pretty inappropriate to us!

Lady Gaga was denied access to Indonesia because she is too risqué. Lady Gaga had to cancel her sold out show after Islamic hard-liners and conservative lawmakers argued that her sexy clothes and dance moves would corrupt young people. Now that would be interesting to see!

Paris Hilton was denied entry into Japan for her drug violation in the U.S. back in 2010. Hilton had been arrested in Las Vegas for cocaine possession and pleaded guilty to a misdemeanor drug charge. Hilton was supposed to tour Asia to promote her fashion and fragrance lines, but had to cancel appearances in Kuala Lumpur, Malaysia, and Jakarta, Indonesia.

Beyonce is not welcome in Malaysia because of her risqué dance moves and outfits. In 2009, Beyonce was supposed to perform in Malaysia, but Islamic conservatives were concerned that her concert would promote Western culture and its values. Sounds like Beyonce and Jay Z have more in common than a mutual love for one another! 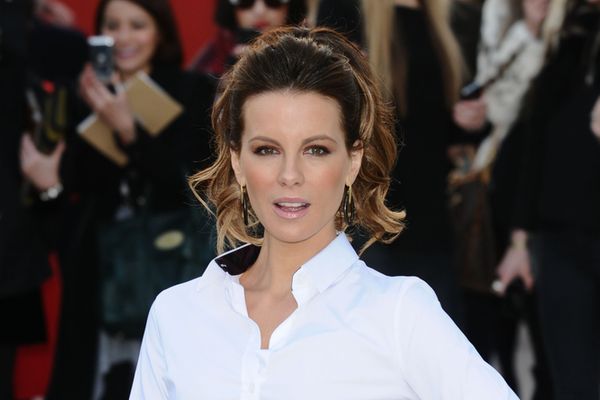