9 Celebs Who Have Terrible Relationships With Their Mothers

We’re all familiar with the idea of “daddy issues,” but what about “mommy issues?” We have a list of celebrities who have terrible relationships with their mothers, so bad in fact that many of them are estranged.

Tori Spelling and her mother Candy have had a pretty rocky relationship. According to Tori, there was a sense of competition between her and her mom when she was growing up. They were both vying for her father’s affection and all that affection ultimately went to Tori, which made Candy jealous. Even after all these years, there’s still tension in Tori and Candy’s relationship and a lot of that pertains to money. When Aaron Spelling died, he left his two children $800,000 each and the remainder of his fortune went to Candy. This hasn’t really sat well with Tori.

Anne Heche and her mother Nancy have been estranged for years. It all began when Anne confronted her mother about the sexual abuse she suffered at the hands of her father. Her mother hung up the phone on Anne and they haven’t spoken since. To this day, Nancy hasn’t even met Anne’s two children, Homer and Atlas.

Natalie Wood’s mother Maria Zakharenko was a controlling stage mom. She thrust Natalie into the spotlight at the age of five and micromanaged her career and her personal life for years after that. Natalie grew to resent her mother and all the pressure her mother put on her, which drove her to use alcohol and prescription drugs to deal with the stress.

Eminem had a tumultuous relationship with his mother, Debbie Mathers. Ever since he first rose to fame in the late ‘90s, he’s been trashing her. His 2002 song “Cleaning Out My Closet” is basically him venting about Debbie and what a bad mother she was. She eventually filed a $11 million defamation suit against him. She was awarded $25,000, but after legal fees, only ended up with $1,600. In 2008, she wrote a memoir about her relationship with her son, My Son Marshall, My Son Eminem. In the book, she alleges that she was close to her son before he was famous and that he lied about his childhood in order to be successful in the rap business.

Drew Barrymore has had a rather shaky relationship with her mother, Jaid, for years. When she was still a child, she would hit the town with her mother and her mother’s friends. By the time she was 12, Drew was in rehab and, when she fell off the wagon at 13, her mother had her locked up in a mental institution. At 14, she had herself emancipated. These days, Drew and her mother are no longer estranged and Drew takes care of Jaid financially.

Jennifer Aniston and her mother Nancy Dow were estranged for well over a decade. It began in 1999 when Nancy published a memoir about her relationship with her daughter. When Jennifer married Brad Pitt, she left her mother off the guest list. Years later, Jen discussed her relationship with The Hollywood Reporter. “She was critical. She was very critical of me,” she said. “Because she was a model, she was gorgeous, stunning. I wasn’t. I never was… She was also very unforgiving. She would hold grudges that I just found so petty.”

Brooke Shields had a difficult relationship with her mom, Teri Shields. According to Brooke, Teri – a lifelong alcoholic – would become volatile when drinking and she often suffered verbal abuse as a result. Teri also had a lot of control over Brooke and her career. The ultimate stage mom, Teri pushed Brooke into provocative movie roles like Pretty Baby and Blue Lagoon, as well as those notorious Calvin Klein ads. When her mother passed away in 2012, Brooke wrote a book about her mother and their complicated relationship, There Was a Little Girl: The Real Story of My Mother and Me.

Meg Ryan and her mother, Susan Jordan, haven’t been on good terms for years. The estrangement started when Meg became engaged to Dennis Quaid. Susan warned her daughter that the actor was a cocaine abuser and Meg didn’t appreciate it and cut her out. Susan wasn’t even invited to Meg and Dennis’ wedding and to this day they are still estranged.

Modern Family star Ariel Winter has been estranged from her mother since 2012 and in 2015 she had herself emancipated. Her mother, Crystal Workman, was reportedly subjecting Ariel to physical and emotional abuse that included hitting, slapping and name-calling. Children and Family Services later found evidence of the abuse, which is why Ariel was able to emancipate herself. 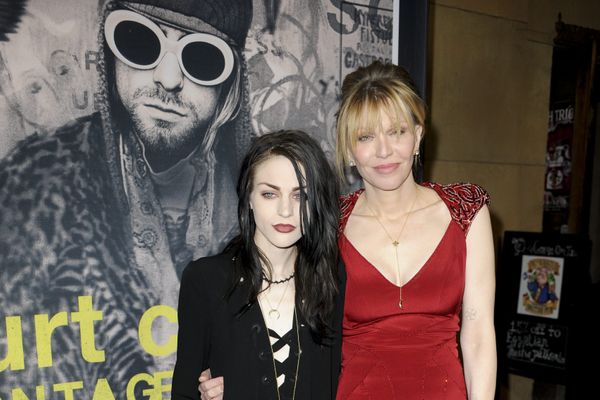 7 Celebs Who Slammed Their Own Kids