9 Celebs Who Went Crazy After A Breakup

Not everyone handles breakups well, famous people included! We have a list of 9 celebrities who went a bit bonkers after a bad breakup.

Ben Affleck’s breakup with Jennifer Garner sent the actor into a downward spiral. First, he was caught having a fling with his children’s nanny. Then he looked awfully tweaked on the set of his new movie Live By Night and was spotted with a giant phoenix tattoo on his back. Hopefully 2016 will be a better year for Ben.

Miley Cyrus totally transformed her image when she broke up with Liam Hemsworth. She became a twerking, tongue-wagging exhibitionist, who stopped at nothing to shock people. Now that it looks like her and Liam are back on, she’s quieting down, finally, but if and when they break up, we expect it all to happen all over again.

When Paula Patton left Robin Thicke, he kind of lost it. He was drinking a lot and taking Vicodin. In the midst of his despair, he even made an album named after her with apology tracks. The whole thing was kind of creepy and eventually, after the album flopped, he stepped away from the spotlight and soothed his broken heart with his new girlfriend, a 20-year-old model.

Demi Moore was in a bad place after her breakup with Ashton Kutcher. It didn’t help that he publically humiliated her by cheating on her with a twenty something girl who sold her story after the hookup. Following the breakup, Demi was reportedly partying a lot and hooking up with young singers and model types and was even sent to the hospital for substance abuse issues. At one point, her daughters were estranged from her because they just couldn’t handle the drama. Since officially divorcing Ashton, Demi has kept a pretty low profile, so we’re hoping she’s doing better these days.

After her breakup with Kevin Federline, Britney Spears went off the rails. First she was seen on the party circuit with Paris Hilton, going in and out of rehab, shaving her head at a salon and being placed under a psychiatric hold. The madness went on for a couple of years, until her father was able to get her under a conservatorship back in 2008. Since then, her life’s been pretty quiet.

When Rob Kardashian and Rita Ora broke up, he threw a major fit on Twitter, accusing her of cheating on him with nearly 20 dudes. It was after this breakup that Rob began drinking, doing drugs, gaining weight and hooking up with Escorts. He seems to be getting back on track these days, after hooking up with Blac Chyna, but if this relationship goes south, there’s a good chance he might go off the rails again.

After Sienna Miller’s breakup with Jude Law, she became more known for her personal life than for her acting roles. She hopped from one scandal to the next. She admitted in an interview that drugs are loads of fun and then a couple years later she was seen canoodling with Balthezaar Getty, who was married with four kids. It took some time, but Sienna eventually settled down with Tom Sturridge, had a child and began focusing on her career.

Scott Disick was already a pretty hot mess before he and Kourtney Kardashian broke up this past summer, but after the breakup, things definitely got worse with regards to his partying. He was hanging out with people like Chris Brown and was spotted in the company of sketchy models. He did successfully complete treatment at a rehab facility and, right now, he seems to be in a better place.

When Christina Aguilera’s marriage to Jordan Bratman ended, she immediately hooked up with Matt Rutler, an assistant from the set of Burlesque and went on a boozy bender that culminated with her getting arrested for public intoxication. Since getting pregnant with her daughter Summer and getting engaged to Matt, Christina’s life seems to have calmed down a lot. 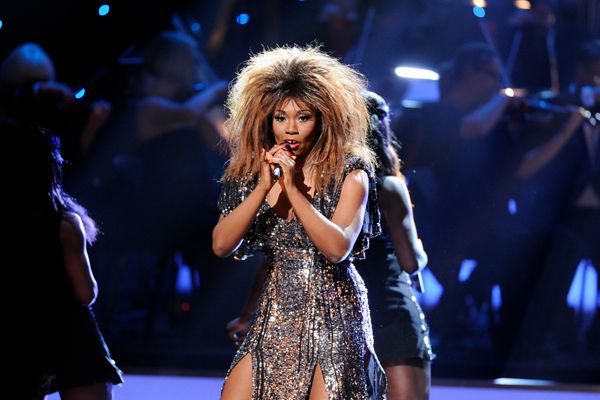 7 Celebrities Whose Careers Skyrocketed After A Breakup