Rob Lowe has two ridiculously hot sons, Matthew and John Owen. They aren’t just a couple of handsome faces though. Matthew is studying Law at Loyola Marymount University while John Owen is studying science technology in society at Stanford – pretty impressive, huh? Right now, these two are starring alongside their dad on The Lowe Files, an adventure reality series where they uncover unsolved mysteries, so that gives us a nice opportunity to see them in action.

Pierce Brosnan’s son Sean has obviously inherited his good looks. He’s also following in his dad’s footsteps as he’s embarked on a career in television and movies, with his most recent role being in the TV series No Easy Days. He’s also got some good-looking half-brothers from his father’s second marriage. Both Dylan and Paris are studs in training! Eighteen-year-old Dylan has been working as a model and was featured in Burberry’s spring/summer 2016 campaign, while 16-year-old Paris is still in high school.

Everyone knows who Willow and Jaden Smith are, but many people forget that Will Smith has another son from his first marriage, Trey, who is super hot, just like his dad! That’s not the only thing he and Will have in common. Trey is also pursuing a music career. He’s a DJ who performs under the stage name “AcE.” We’re sure the ladies go crazy whenever he plays at a club!

Jude Law and his ex-wife Sadie Frost made some ridiculously beautiful children together. Their eldest son, Rafferty, is the spitting image of Jude. He’s currently modeling for Timberland’s Sensorflex S17 range, but he’s also modeled for Dolce & Gabbana, Tommy Hilfiger and DKNY. While his modeling career is currently getting off the ground, he’s also pursuing a musical career as well. With those looks, he could do anything he wanted!

Max Irons is English actor Jeremy Irons’ son and he’s even hotter than his dad. He’s also talented. After landing the role of Henry in Little Red Riding Hood, he’s starred in The Host, The Riot Club and The Woman in Gold. He’s also done some modeling for big brands like Burberry and Mango. For his work with Burberry, he posed alongside none other than Kate Moss!

Clint Eastwood was quite the looker during a good part of his career. He was tall, handsome and brooding. His son, Scott, looks just like he did when he was young, which is quite the compliment, but he doesn’t brood the way his dad did, which is fine cause he’s still really hot. If Scott is anything like his dad, we’re in for many more years of his hotness!

Denzel Washington’s son John David is not only ridiculously attractive, but he’s also incredibly talented. He has a leading role on the TV series Ballers as Ricky, where he has proven himself to be more than just a handsome face. He isn’t just an actor either. He also played in the NFL for the St. Louis Rams and in the United Football League’s California franchise. Oh, those Washington genes!

Arnold Schwarzenegger was such a hottie during the ‘80s and ‘90s and, just as his hotness has been winding down, his son Patrick has been wowing us with his super good looks. He’s almost more attractive than his dad was during his heyday. Patrick is following a different career path though. He founded his own company, Project360, when he was 15, and franchised his own Blaze Pizza. He’s also put his good looks to use and has modeled for Tom Ford and Yves Saint Laurent.

David Beckham and his lovely wife Victoria have some really good-looking kids – especially the boys, Brooklyn, Romeo and Cruz. Their eldest son, 18-year-old Brooklyn, has headed off to New York City to study at Parsons School of Design while 15-year-old Romeo was a model for Burberry. Twelve-year-old Cruz, on the other hand, has launched a singing career, but with those looks he could easily be a model as well. 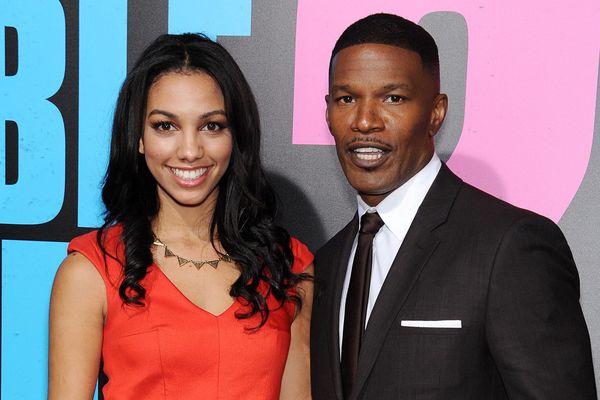 8 Hot Celebrities With Even Hotter Children