Some movie plot twists don’t shock anyone and that’s because they aren’t executed properly. When a plot twist is done well though, it can make a good movie great, and there are plenty of examples of this. We have a list of 9 of the most shocking movie plot twists that no one saw coming:

Fight Club is regarded as one of the greatest films of the ‘90s and one of the big reasons for this is the movie’s major twist ending when the viewer realizes that the meek and mild narrator (Edward Norton) and the anarchist Tyler Durden (Brad Pitt) aren’t some dynamic duo, but are really one person. The narrator has multiple personality disorder and, while the narrator has been sleeping, Durden has been taking over his body and traveling around. To get Durden out of his head at the end of the film, the narrator shoots himself in the face without killing himself, which effectively rids him of Durden. 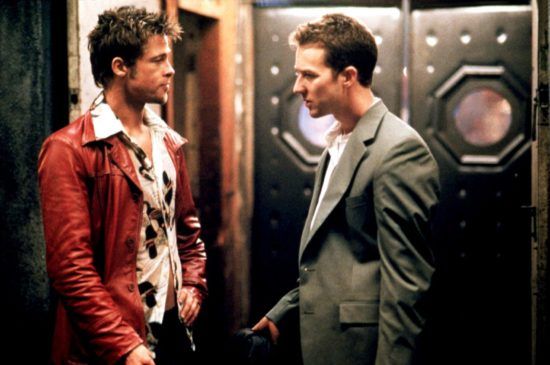 In American Psycho, we see Patrick Bateman murder several people; however, at the end of the movie, when we expect to see decomposing bodies in Paul’s apartment and a police investigation underway, there’s nothing there. It’s vacant and for sale. We also see Bateman in a shootout with the police where two police officers die, and he even leaves a confession on his lawyer’s answering machine, but the following day it is like nothing happened. It turns out that, while Bateman is a lunatic, he’s not a serial killer. 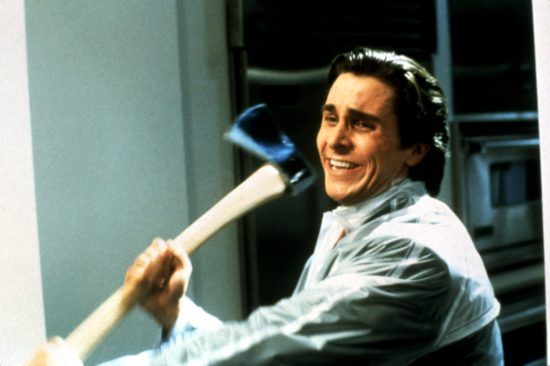 When The Sixth Sense first came out, critics praised the movie’s twist conclusion, and viewers just didn’t see it coming. As child psychologist Malcolm Crowe (played by Bruce Willice) works with nine-year-old Cole Sear, who sees dead people, it is revealed that Crowe has been dead all along, which is why Sear was able to communicate with him. What a twist! 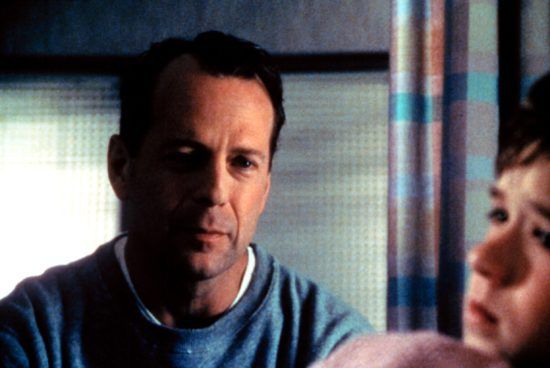 In the first Scream movie, no one was expecting there to be two killers and one of them to be Billy, Sidney Prescott’s boyfriend. When he revealed at the end of the film that Stu, his accomplice, only pretended to murder him and were planning to murder Sidney and frame her father, viewers were shocked. Even more shocking was that the pair murdered Sidney’s mother, Maureen, because she was having an affair with Billy’s father, which is the reason why Billy’s mother left. No one saw any of this coming! 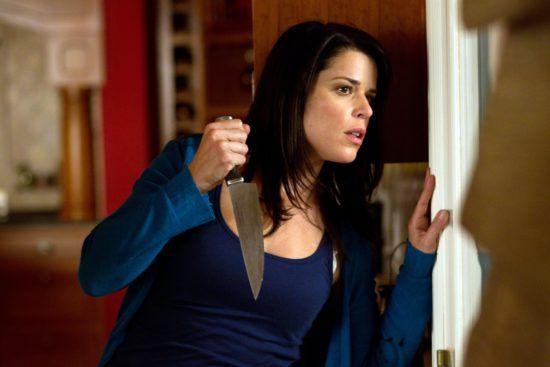 For the first half of Gone Girl, the viewer thinks that Nick is involved in Amy’s disappearance, but then comes the twist – Amy faked her kidnapping and is framing Nick. An even bigger twist comes at the end when Amy comes back (after murdering her ex and making it look like self-defense), artificially inseminates herself with Nick’s sperm that was stored at a fertility clinic, and is able to coerce Nick into staying with her despite the fact that he wants to expose her and her lies. The movie ends with the two of them announcing their pregnancy on TV. 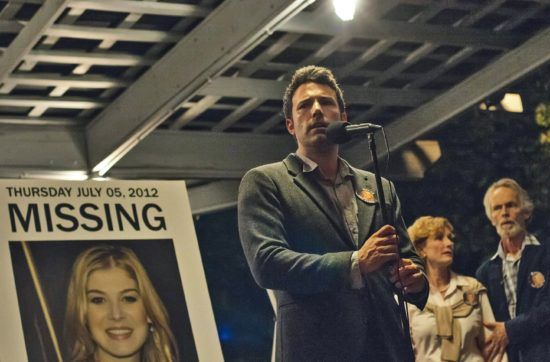 In The Others, Grace Stewart (Nicole Kidman) thinks her house is haunted, but a séance reveals that Grace and her two children are actually the ghosts haunting the house, and the reason they are dead is because Grace went mad and smothered her kids with a pillow, and then shot herself. Even after learning this, Grace and her children have no plans to leave the house because they still believe that it is theirs. 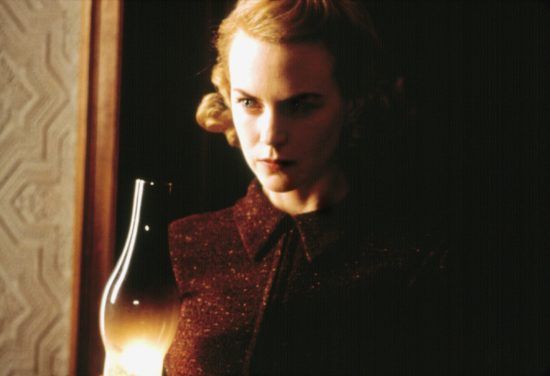 Throughout Primal Fear, no one suspected the stuttering altar boy Aaron Stampler (played by Edward Norton) to be guilty of brutally murdering the Archbishop. When it became clear that he suffered from multiple personality disorder after his second personality Roy (who was a violent sociopath) makes an appearance in court, even the judge buys his defense and lets him off by reason of insanity. At the end of the film when Stampler reveals that he faked that he had multiple personality disorder and that Aaron was the personality he invented, the viewer is left stunned. 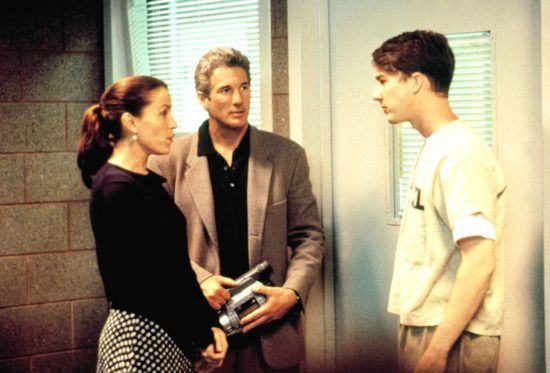 Seven’s plot twist totally caught viewers off guard. When Kevin Spacey’s serial killer character John Doe, who has been murdering people based on the seven deadly sins, comes into the police station and turns himself in and then leads Detective Mills (played by Brad Pitt) and Detective Lieutenant Somerset (played by Morgan Freeman) to the desert where a delivery man drops off a package for Mills, no one was expecting the box to contain the head of Mills’ pregnant wife, who Doe murdered because he envied their relationship. Pitt’s reaction to his wife’s murder, as Doe goads him into becoming the final sin, wrath, and as Somerset pleads with him not to shoot Doe, is so visceral. When Mills finally does shoot and kill Doe and the police take Mills away, the viewer can’t help but marvel at what a brilliant puppet master Doe was. 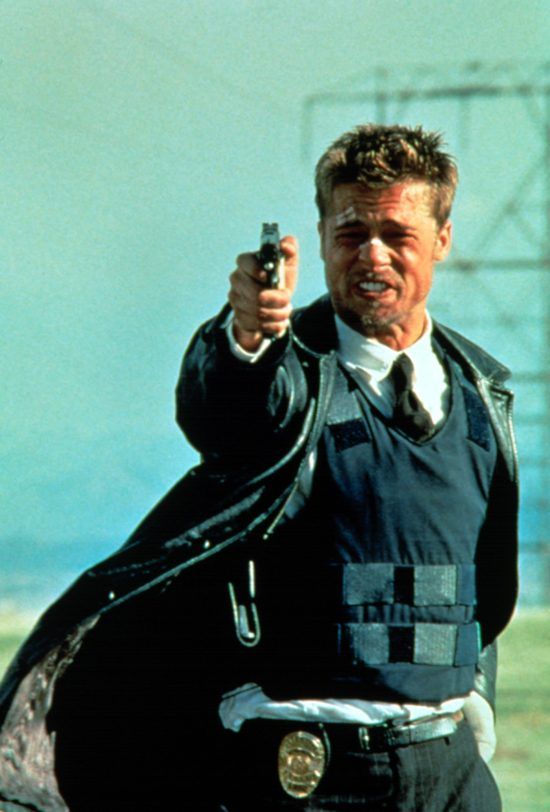 One of the best plot twists in film history is when Verbal Kint (played by Kevin Spacey) is revealed to be the criminal mastermind Keyser Söze in The Usual Suspects. The most brilliant scene in the film is when the viewer sees Kint, who is supposed to disabled, drop his limp and flex his supposedly paralyzed hand as he evades Special Agent Dave Kujan and disappears into a car, never to be caught. No one suspected Kint, which is what made the plot twist so great. 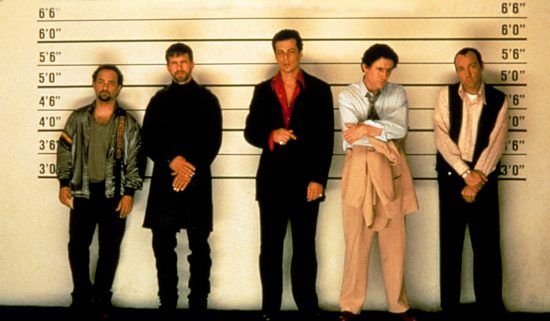 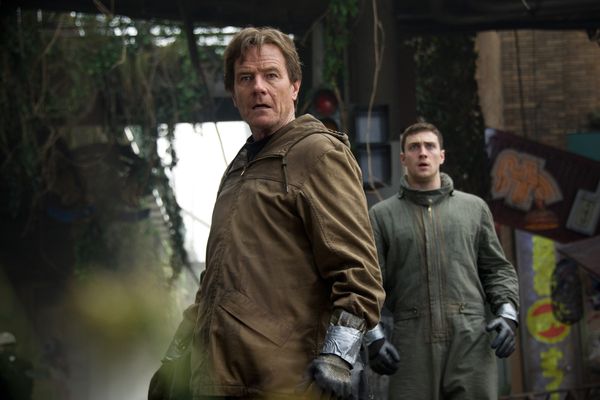