Over the years, we’ve all been rocked by some pretty dramatic and shocking character exits. These kinds of exits happen for a variety of reasons, but usually, it is because an actor or actress is interested in leaving their hit show. While there have been many character exits that devastated fans, here are the 9 most shocking:

9. Will Gardner (The Good Wife)

Josh Charles’ The Good Wife character Will Gardner was killed abruptly during season five when he was shot in the head in the courtroom by one of his clients. While Will’s death came as a shock to viewers, the character’s death had been in the works since the previous spring when the actor approached the creators Michelle and Robert King about leaving at the end of season four when his contract was up. Julianna Margulies was able to get Charles to stay for another season so that they could use his character’s death as a shocking twist – and it worked!

Fans were heartbroken when Nina Dobrev announced on Instagram that she was leaving The Vampire Diaries back in 2015. She was considered the soul of the show, so naturally, her leaving was going to be hard on fans. Thankfully, Elena Gilbert wasn’t killed but was instead left in a coma, which meant that she could come back for the series finale to give fans closure and that’s exactly what happened. Elena and Damon got their happily ever after.

Zoe Barnes’ death at the beginning of season two of House of Cards caught viewers completely off guard. Kate Mara knew that Kevin Spacey’s character, Frank Underwood, was going to push Zoe into an oncoming subway even before she read for the role, and she was actually excited about it! Her fans, however, were not. “I got so many #wtf tweets. That was the most popular thing that people were saying,” she told MTV. “It was such a crazy thing to start the season off with, and we hoped it would be a big deal.”

Shemar Moore stunned fans when it was revealed that he was leaving Criminal Minds after 11 seasons on the show. Although fans already suspected that something was amiss when his character, Derek Morgan, announced during the season finale that he was leaving the BAU to focus on his family, they weren’t prepared for his departure from the series. One of the big reasons that Moore left the series was to find some balance in his life: “I need balance in my life. I love what I do for a living, I love it from ‘action’ to ‘cut,’ but I also want to walk my dogs, travel, get married, have kids. I want balance, and it’s hard to do with the schedule that we have.”

During The O.C’s season three finale, no one was expecting Marissa Cooper to suddenly die. She had just made plans to delay college to go work on a boat with her dad for a year, so no matter what, she wasn’t going to be on the show the following season, which begs the question – did she really need to die? It didn’t help that her death was kind of violent. She and Ryan got into a car accident and he was left unscathed, but she died a few minutes later! It really made no sense.

Amy Acker’s character Winifred “Fred” Burkle’s sudden death during season five of Angel was one of the most emotional moments on the show. She and Wesley were finally going to become a real couple when she got infected with a parasitic virus that consumed her organs. Wesley literally watched as Fred slowly died and then had her body taken over by the demon, Illyria. Considering that the series lasted only six more episodes after this, her death just seemed so needless.

Fans weren’t the only ones who were shocked when Cote de Pablo announced that she was leaving NCIS after eight seasons – her fellow cast members were too! Pauley Perrette only found out 20 minutes before it was released in the press! While de Pablo was happy with how her character Ziva David’s storyline with Michael Weatherly’s character Tony DiNozzo was wrapped up, fans weren’t satisfied. They were so upset that they petitioned the studio to bring her back!

Stana Katic’s character on Castle, Kate Becket, was beloved by fans, so naturally, they were shocked when it was suddenly announced that she would be leaving after season eight. While ABC initially claimed that her departure was due to budgetary reasons, it then came out that she and her co-star Nathan Fillion weren’t getting along behind the scenes and that Katic had been unhappy for a while. At first it seemed as though the show might go on for a ninth season without its lead actress; however, ABC ultimately decided to cancel the long-running series after the eighth season.

Fans were blindsided by Derek Shepherd’s dramatic exit on Grey’s Anatomy. He had just saved four car accident victims and then his car got hit by a semi-truck, which landed him on his deathbed. Talk about life being unfair! Naturally, no one was happy about this and Twitter erupted with some fans saying that they were going to stop watching the show! These may have been idle threats because enough people are still watching which is why they show is now in its 14th season. 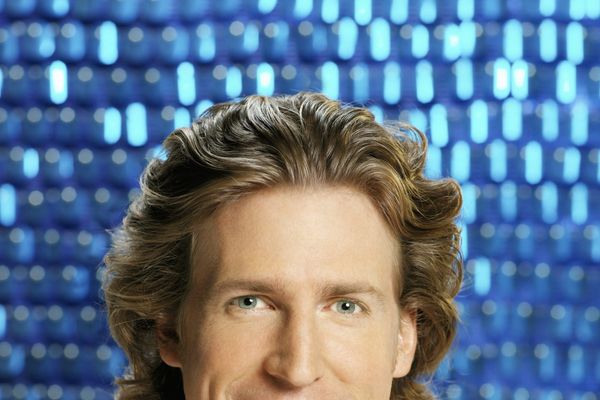