When former One Direction hottie Zayn Malik recently favourited one of Kylie Jenner’s Twitter pictures, it sent a match-making buzz around the internet. Although Kylie is reportedly seeing Tyga, it’s not exactly a match-made-in-heaven in the eyes of more than just a few. Perhaps the young pair should consider these 9 reasons Kylie Jenner should date Zayn Malik.

Kylie Jenner was just 17-years-old when reports started coming out that she was seeing the 25-year-old Tyga. The age gap is something that is often cited when considering how the two aren’t well suited. Although seven or eight years isn’t a wildly huge difference when you’re older, at just 17 or 18, that’s a bit of a stretch. Zayn Malik isn’t a heck of a lot younger than Tyga at 22, but it’s closer and easier to accept by some people’s standards.

Kylie may have just turned 18, but despite being legal age she’s practically still a baby herself and Tyga is already a baby-daddy. October 16, 2012 Tyga and former fiancé Blac Chyna welcomed their baby son into the world and named him King Cairo Stevenson. Is Kylie ready to be a step-mother type-figure to a little one? Zayn, on the other hand, is totally baby-drama free, which perhaps makes him much better suited to Kylie.

From 2008 right up until this summer, Tyga has been facing legal issues that range from gang-related robbery to lawsuits involving exposed nipples. He’s also been sued for allegedly not paying for a jaw-dropping $91,000 worth of jewelry and an eye-popping $80,000 to a former landlord who Tyga rented a Calabasas, California home from. Who needs that kind of legal mess in their lives?! Kylie Jenner would be better off with Zayn Malik whose legal issues come in terms of fatty contracts, not whopper lawsuits.

6. Just Bad Enough to Be Good for Kylie

If Tyga is representative of Kylie Jenner’s current taste in the opposite sex, it would be safe to assume that she’s not into the straight-laced angel-type of fella. So it’s a good thing that Zayn Malik was known as the “Bradford Bad Boy” of One Direction. He could offer Kylie just enough naughtiness to keep her happy, but enough restraint to keep her out of trouble.

Zayn Malik certainly has the looks to attract someone like Kylie Jenner. For the past four years, he’s regularly been voted to the top of best dressed, sexiest men, and “hottest lads” lists. You need to be fashionable and stylish to keep up with a Kardashian/Jenner, and Zayn could match Kylie step for step., outfit for outfit, and hairstyle for hairstyle.

Zayn Malik had been dating and even became engaged to Little Mix member Perrie Edwards up until recently – quite recently in fact, like, earlier this month. On August 4, a representative for Zayn confirmed that the two were no longer together and had ended their engagement. It was just a week later that Zayn took notice of Kylie’s tweet and the potential relationship rumors were sparked.

Zayn Malik isn’t only newly solo in the relationship department, he’s also newly solo in the professional department as well. To the great despair and bawling tears of fans around the world, Zayn announced that he was leaving his band One Direction in March of 2015. His reason was that he wanted to be a “normal 22-year-old who is able to relax and have some private time out of the spotlight.” Although he’s recently signed a solo deal and it’s doubtful that he’d be able to enjoy what most would consider a “normal” lifestyle at this point, it sounds like the perfect time to explore some of that private time with a new lady-friend. Perhaps Kylie?

Kylie Jenner has made it obvious that she wants to follow her famous family into showbiz. If this is indeed the case, she might be better off with Zayn Malik who is career-conscious and is seemingly careful with every move he makes. As opposed to a certain someone that Kylie is dating who is more than willing to publically call out his label and other performers with no hesitation at all.

Photo by Nikki To / Rex Features

Both super-stylish, super-hot, and on top of their games, Kylie Jenner and Zayn Malik would make an adorable couple. The everyday headlines of their daily dating lives would surely only be topped by the red-carpets appearances they could make on a huge Hollywood scale. 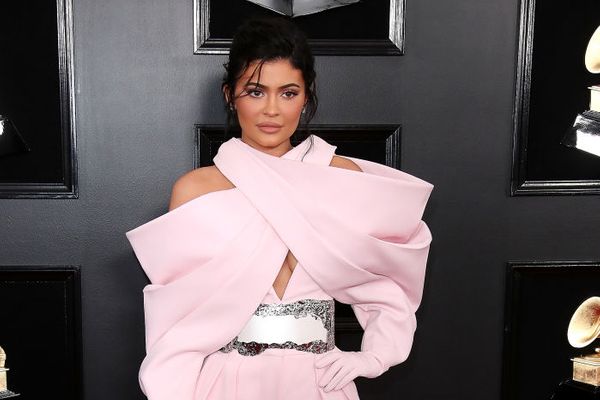