Kylie Jenner and Tyga are one of those couples that no one roots for. When they recently broke up for a hot minute, the world rejoiced, but it didn’t take long for Tyga to get his leading lady back. Although the timeline with their relationship is a bit fuzzy, one thing is for sure – it is not going to last. Here are 9 that Kylie and Tyga’s relationship will fail:

9. Things Are Already on the Rocks

Kylie and Tyga just broke up the other day after he reportedly did something to break her trust. According to an insider, this isn’t the first time that they broke up. “This is not the first time, or the last, that Kylie and Tyga will break up to make up,” the source said. Sounds like Kylie and Tyga don’t have a super solid relationship and we can expect more breakups and makeups before they finally call it quits.

Kylie is the real star in this relationship. She has been famous for a good chunk of her life thanks to Keeping Up with the Kardashians and this has lead to many, many other opportunities, including clothing, shoe and handbag lines, a hair extension line, a skin care line, a lipstick line and her own mobile app. Tyga, on the other hand, struggling to sell his album.

7. He’s Got Some MAJOR Legal Problems

Tyga is constantly getting sued. He’s been sued for stealing a former business partner’s clothing line concept, was sued for sexual assault for his music video for “Make It Nasty,” was sued by a concert in Las Vegas for club hopping and has been sued more than once by his landlord for failure to pay rent. With him, the legal problems just don’t seem to stop.

Unlike Tyga, Kylie doesn’t really have legal problems – or financial problems. She has a more successful career and, at 17, bought herself a $2.7 million five-bedroom, 5.5-bath mansion in Calabasas. Tyga can’t even afford the house he’s renting, which makes us wonder about the power dynamic in the relationship. Does Kylie help Tyga out with his financial messiness?

When they first began dating, Kylie was only 17, but Tyga was in his mid twenties. He had been engaged to Blac Chyna and the two of them had a kid together. Rumor has it that Tyga left Blac Chyna for Kylie and the feud between his two ladies seems to confirm this. Dating a teenager is a pretty big deal for a guy in his mid 20s with a kid, but Tyga initially justified it by arguing that Kylie is more mature than most adults.

The one thing we know for sure is that Tyga comes with a lot of baggage and Kylie doesn’t. Our question: Can she deal with this indefinitely? We personally don’t think so.

Kylie isn’t really that secure – at all. She’s a perfectly beautiful young woman, but she doesn’t seem to see it. She got lip injections (which she doesn’t need), wears a ton of makeup and takes more selfies in one day than most people take in five years. She’s obsessed with beauty and can’t seem to get beyond it. She’s obviously not in the right place psychologically for a healthy relationship.

3. She Has No Relationship Experience

Unlike Tyga, Kylie has barely dated. She had that brief thing with Jaden Smith a couple of years back, but other than that, she hasn’t been seen in the company of many men. Rumor has it that Tyga wants to spend the rest of his life with the reality TV star, which is kind of scary given how young and inexperienced she is.

Tyga can’t do better than Kylie, but Kylie can do a lot better than Tyga – she just doesn’t seem to really know it. She’s young, hot, successful and rich and he’s only one of those things – young. If it weren’t for his relationship with Kylie, most people would never have heard of Tyga. He’s only recognizable in mainstream media because of her.

Kendall reportedly isn’t a fan of Tyga and the Kardashians were the ones who pressured Kylie to end her relationship with the rapper. This isn’t the first time that the Kardashians tried to break Tyga and Kylie up. “He hates how she’s easily controlled by her family. There have even been times everyone of those sisters ambush her say negative shit about Tyga and put negative thoughts in Kylie’s ear,” a source told Hollywood Life. It may take time, but she’s going to be open to hearing these negative things at some point. 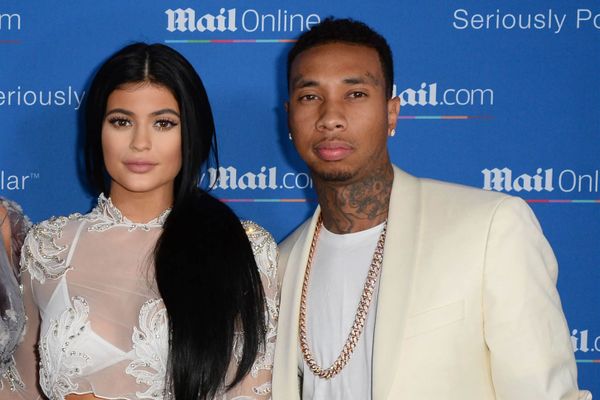 9 Reasons Kylie Jenner Should Break Up With Tyga