For 15 seasons and many years, fans loyally tuned into Criminal Minds week after week. Despite a mass amount of police procedural shows on television, Criminal Minds set itself apart as one not only the best in the genre, but one of the best on TV. With so many incredible seasons, and the exits of many main stars, the show always kept audiences on the edge of their seats. With endless intriguing and thrilling storylines and a fantastic cast, the show now has a huge fanbase. Get some behind-the-scenes scoop on the iconic show with these interesting facts:

A signature of the show is shots of a jet flying the BAU team to and from a crime scene, and as it turns out, all of those shots are taken from Gulfstream publicity materials. Gulfstream used the opportunity to advertise their G-IV, G-V, and G-450 jets; however it seems the jet is a sore spot for real-life FBI agents. Former BAU agent Jim Clemente is now a writer/producer for Criminal Minds and simply stated that he went on around 500 flights in his time at the BAU and added, “we fly coach.”

After Hotchner’s wife, Haley, enters protective custody, she is seen donning a brunette wig. While audiences would assume she wears the wig because she is trying to hide her identity, it was actually brought in because the actress who plays Haley, Meredith Monroe, had to change her hair for a role on Californication. Fortunately, the wig worked well for her Criminal Minds storyline and played a major part in Hotchner finding out that Foyet had found her and his son.

To many fans, Matthew Gray Gubler as Spencer Reid is the best character on the show, but it wasn’t easy for Grubler to land the part. As soon as he auditioned, he was told he was not right for the part, dashing his hopes of getting it. Regardless, he was called back to audition again…and again, but each time was told he wasn’t right. Then, after numerous auditions, he was just given the part.

Following the success of the show with viewers, CBS announced a deal with Legacy interactive for a Criminal Minds video game based on the show in 2009. The puzzle based game was released in 2012, but because the cast of the show were not involved, none of the characters feature their voices.

Among the great chemistry between all of the cast members, one of the most beloved relationships is between Shemar Moore’s Derek Morgan and Kirsten Vangsness’s Penelope Garcia. As it turns out the flirty and humorous banter between the two characters actually came from the way they talk to each other in real life. Garcia is also influenced by Vangsness because the character does community theater and Vangsness is a real-life thespian. Also, in some episodes you can see Spencer Reid is not wearing matching socks. This is because Matthew Gray Gubler doesn’t wear matching socks because he thinks it is unlucky.

Speaking of Penelope Garcia, as it turns out, the character was only supposed to appear in one episode, but she was so well received by fans that she was added to the main cast. As a result, Kirsten Vangsness was the only main star to also be a star of the ill-fated spin-off Criminal Minds: Suspect Behavior.

Mandy Patinkin starred in Criminal Minds for three seasons as Jason Gideon before exiting the show. Following his exit, he shocked fans by stating in a 2012 interview that he regrets ever doing the role on the show. “The biggest public mistake I ever made was that I chose to do Criminal Minds in the first place. I thought it was something very different. I never thought they were going to kill and rape all these women every night, every day, week after week, year after year. It was very destructive to my soul and my personality. After that, I didn’t think I would get to work in television again. I’m not making a judgement on the taste [of people who watch crime procedurals]. But I’m concerned about the effect it has. Audiences all over the world use this programming as their bedtime story. This isn’t what you need to be dreaming about. A show like Homeland [on which Patinkin began appearing in in 2011] is the antidote. It asks why there’s a need for violence in the first place.” After his contentious departure, his character was replaced by Joe Mantegna as David Rossi. Many fans missed it, but Rossi’s first scene on Criminal Minds had a way bigger meaning than it seemed. In his first appearance on the show, Rossi is seen shooting a duck which is direct reference to Patinkin’s Gideon character who was an avid bird-watcher. “You do the math,” co-executive producer Joe Frazier stated of the scene.

Given the show’s enduring success and seemingly huge fanbase, it is surprising to many to learn that it received quite a few negative reviews in the beginning. A critic for the New York Times wrote, “The problem with ‘Criminal Minds’ is its many confusing maladies, applied to too many characters” and felt that “as a result, the cast seems like a spilled trunk of broken toys, with which the audience—and perhaps the creators—may quickly become bored.” It has also never blown any ratings out of the water, but has remained consistent enough to garner 12 seasons. In 2007, CBS tried to boost ratings by airing an episode directly after Super Bowl XLI and the episode featured cameos by Super Bowl announcers Jim Nantz and Phil Simms.

In the early episodes of season 5, Gubler’s character Spencer Reid was shot in the leg. As it turns out, this was not supposed to happen, but had to be written in because in real-life Matthew Gray Gubler had sustained a very severe leg injury, dislocating his knee. “I just got a little too overzealous on the dance floor and managed to pretty much do something that most knee surgeons have never even thought possible or seen in their lives. But they screwed me back together,” he explained, “hoping it would work and thinking it wouldn’t, and luckily my body completely took back everything.” He ended up having to undergo three surgeries and walk with a cane for a period of time, but luckily was able to rehab back to full health. 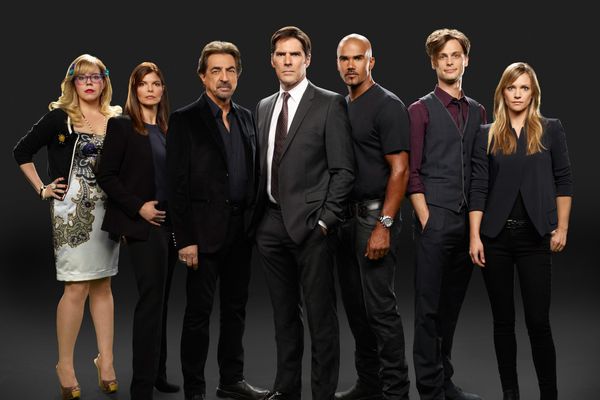