Reality TV competition series are all the rage now, and it seems Fear Factor was too early for its time. Airing from 2001 to 2006, the stunt/dare series put contestants up against not only each other, but also their worst fears, making for some truly unbelievable and adrenaline-pumping episodes. Now that the series is officially coming back with Ludacris as host fans can only expect bigger, badder, more dangerous and absolutely crazy stunts for the competitors. Ahead of the revival take a look back on the series with 9 things you didn’t know about Fear Factor:

The idea for Fear Factor began when NBC needed a competitor for CBS’ huge hit series Survivor. Fear Factor was created by Endemol who brought on comedian and UFC commentator Joe Rogan to host, and it didn’t take long for its popularity to take off. Unfortunately its success was fleeting as Fox’s American Idol soon took over Tuesday nights ratings, and despite a new format and even bigger stunts, Fear Factor was struggling by season six.

On-screen all viewers see is competitors eating crazy food and completing unbelievable stunts, but way more prep goes into getting the competitors ready than many realize. In fact the extensive testing they undergo by medical personnel has alerted many to medical conditions they didn’t know they had. “The physical stunts are demanding, so we do a thorough medical history and check basic vital signs like heart rate and blood pressure. The primary things are heart and lung function, and then we use the history to identify possible phobias – like claustrophobia or fear of heights. These have to be self-reported obviously. People tend to minimize their medical history, so we have to be careful,” Jason Toth who served as a medical consultant on Fear Factor explained. He added, “We do an electrocardiogram, and we have identified people who either on physical examination had a murmur they were not aware of or they’ve had some suspicious changes in their electrocardiogram that they were not aware of. And we do a basic dip analysis that tests for sugar in the urine. On one show, we identified someone who didn’t know they had borderline diabetes. We’ve actually found nearly half dozen young men who had no idea they had heart problems. Obviously, they can’t be on the show, but more importantly we alerted them to a potentially serious medical condition. It happened just recently, and we had to replace the selected contestant with an alternate.”

Like any other “reality TV’ series, Fear Factor came under fire from contestants after their episode aired about how things were edited to manipulate situations. One of the worst examples of this was from an episode where it was made to seem that a mother and son team had a much closer relationship than is normal. After the episode with its implied incest aired, the mother spoke out to the media about her outrage of the editing. “Last night when the show aired, I was shocked. I am appalled and disgusted at the comment of people on the show about Matias’ and my relationship and how it seems ‘inappropriate’ for a mother and son. Are you kidding me?” While she threatened to sue the show over the incident, no details were ever provided if she went through with it.

Fear Factor is one of those series which has the distinction of not getting cancelled just once, but twice. In 2006 after ratings fell sharply from the once popular series it was given the axe. After the series began performing well again in syndication, however, NBC decided to revive the series and Fear Factor came back in December 2011. Unfortunately after only one more season the series was once again cancelled, but this time it wasn’t just poor ratings, but issues with content that got the series once again cut.

Given the nature of the show, it is actually very surprising that Fear Factor didn’t have more lawsuits lobbied against it than it did. In January 2005, a paralegal from Ohio sued NBC for $2.5 million because of the effect watching an episode of the show had on him. He stated that he watched the episode where contestants had to puree rats in a blender and then eat them and he was so disgusted by it that his blood pressure rose to the point that he became dizzy and vomited. He was then so disoriented that he ran into a doorway and injured himself. Despite his $2.5 million claims, a judge threw the case out a few months later on grounds of the First Amendment protection.

One of the final incidents which led to Fear Factor being cancelled once and for all has to do with an episode titled “Hee Haw! Hee Haw!” which was supposed to air in January 2012. The episode saw three contestants do a food challenge which required them to drink glasses of donkey semen, but right before it was set to air news of the episode leaked and people reacted in disgust. NBC quickly pulled the episode and then banned contestants for talking about it, but that didn’t stop twin sisters who were contestants from opening up about the experience. They revealed that there was another option, which was arguably just as bad, drinking donkey semen and called it the worst “15 minutes of their lives.” NBC quickly silenced the two women though telling them they would be in breach of their confidentiality agreement if they continued to talk about it. NBC put a ban on the episode in the U.S., silenced the contestants, and only a few months later cancelled Fear Factor for the second time.

Back at the time that Fear Factor was at the height of its success, one of the most popular gaming systems was the handheld Game Boy Advance. To capitalize on Fear Factor‘s popularity, a video game based on the series was released but also fell flat and was heavily criticized as an awful game.

One of the stunts that always got the biggest reaction out of audiences was the one in which contestants had to consume some extremely questionable food. While North American audiences are disgusted by the food and can’t believe it is allowed on air, they didn’t realize how much went into making sure was perfectly safe. As with all of the stunts, Fear Factor always had a team of experts make sure all the food, no matter how strange, is perfectly fine for human consumption. “Most of the gross stuff that gets eaten is actually a delicacy someplace in the world,” Fear Factor‘s executive producer explained. “While many Americans may not eat cow intestines, they are popular in Mexico and many Asian countries […] All of the gross stunts that involve foods like spleens, reindeer testicles and deer penis — believe it or not — are all USDA-certified for human consumption. We are not going out and serving road kill.” As for bugs, the same scrutiny goes into it. “Any bug consumed on the show is sent to our entomologists who then test the bug for toxicity […] The bugs come from laboratories. The cockroaches are fed cornmeal, not trash. The Madagascar hissing cockroach is actually one of the cleaner insects out there. It doesn’t bite and isn’t toxic. Even so, if after a food stunt any contestant says their stomach hurts, we go to the doctor just to be safe.”

Although it may seem incredible that a TV show can take ordinary people and have them perform these crazy stunts without anyone getting seriously hurt, there is a lot more to safety going on behind the scenes. As well as all of the necessary equipment, executive producer Matt Kunitz revealed the contestants are wearing a lot more additional padding that isn’t seen a lot of the time. There are also multiple medical personnel on set at any given time. “We have a local ambulance on site with two paramedics and we have a main medical person who is also with every show. So there are three medically trained personnel on set. If it is a water stunt, then we have eight to ten water safety stuntman off camera.” Surprisingly enough there have been very few injuries and mostly just bruises or twisted ankles. 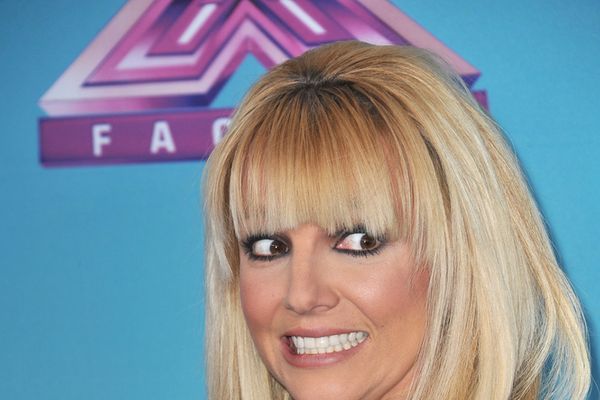