Jake Gyllenhaal rose to fame after starring in the indie classic, Donnie Darko, and solidified his place on the A-list with his role in Brokeback Mountain, which earned him first and only Oscar-nomination. Although he’s been in some box office duds like Prince of Persia: The Sands of Time, his career has been on the rebound since his roles in Nightcrawler and Southpaw. Since the handsome and talented actor is going to be celebrating his birthday, so here are 9 things you didn’t know about Jake Gyllenhaal:

Gyllehaal made his acting debut in the 1991 movie comedy, City Slickers. He played Billy Crystal’s son. He was also cast in The Mighty Ducks as Charlie Conway, but his parents wouldn’t let him take the role because filming would have kept him out of his school for months, so Joshua Jackson was cast instead. He then appeared in the movie, Josh and S.A.M., and in several of his father’s productions, including A Dangerous Woman, Homegrown and an episode of the TV show Homicide: Life on the Street.

Jacob Benjamin Gyllenhaal was born on December 19, 1980 in Los Angeles, California. Both of his parents were in showbiz. His mother, Naomi Foner, is a film producer and screenwriter and his father, Stephen Gyllenhaall, is film director. He has one older sister, Maggie Gyllenhaal, who is an actress. Famous people were always coming in and out of his house. Oscar-winning director Steven Soderbergh lived in the room above his family’s garage and Paul Newman and Jamie Lee Curtis were his godparents.

In an interview with The Guardian, the Brokeback Mountain actor revealed that he’s only been in love two or three times, but he’s dated several celebrities. He dated Kirsten Dunst from 2002 until 2004. Then he dated Reese Witherspoon from 2007 to 2009. He had a brief fling with Taylor Swift in 2010 and then he dated model Alyssa Miller in 2013, but broke up with her so that he could fully commit to his role in Southpaw.

Social activism was encouraged in Gyllenhaal’s home. His mother would take him and his sister Maggie to homeless shelters to do volunteer work because she and his father wanted to instill in him and sister a sense of gratitude for their privileged lifestyle. During summer breaks, he was expected to have a job, so he worked as a lifeguard and a busboy at a family friend’s restaurant.

After graduating Harvard-Westlake School in Los Angeles in 1998, the Academy Award-nominated actor then moved to New York City to attend Columbia University for Eastern religions and philosophy. He dropped out after two years to concentrate on his acting career, but he used his experience studying Buddhism to help influence the way he approaches scripts. “I start off by crossing out stage direction in a script,” he said. “Anything that suggests in advance how you are supposed to be feeling or behaving. There is a scene in that Meryl Streep movie on a white water raft [The River Wild]. Her family is kidnapped and a guy pulls out a gun and her first response to seeing the gun is to laugh. And then she gets terrified. I love those microcosmic honest details.”

In December 2006, the Donnie Darko actor and his sister were vacationing at Manka’s Inverness Lodge in the San Francisco Bay area when a fire broke out around 2:30 a.m., burning the lodge down. Jake and Maggie were among the guests who were forced to flee. The fire started when a tree crashed into the back of the building near a water heater. According to Daniel DeLong, a chef and co-owner of the historic lodge, Jake was of great assistance. He helped pull things out of the fire.

His father is of Swedish and English descent and his mother’s family is Jewish and emigrated from Russia and Poland. Jake believes that his work ethic is something he was born with. “It’s part of my ancestry, I think, somewhere. My grandfather on my mother’s side was second-generation Jewish American. His father was a tailor from Poland, and he became a surgeon. He was the pride of his family. My father is from a long line of hard-working Swedes. Both were men who got up at 4.30 in the morning to start work. Pushing yourself both physically and mentally has always been a part of my life. From an early age, my dad would wake me up early to go for a run,” he told The Guardian.

2. Commitment to His Roles

To play Dan Gilroy in Nightcrawler he lost 30 pounds by running 15 miles a day and eating nothing but kale salads. For his role as a boxer in Southpaw, he spent five months training for the part. He would work out three hours a day seven days a week and did 2,000 sit ups a day. “The first part of the day was all technique, learning how to throw punches, footwork, and the second part of the day was getting into shape and getting ready for sparring. A physical transformation was key to making the character credible,” Gyllenhaal told The Telegraph. “I didn’t spend much time doing anything else or socialising in any other way.”

When Toby Maguire injured his back while filming Seabiscuit, he wasn’t sure if he would be able to reprise his role in Spider-Man 2, so director Sam Saimi put Gyllenhaal in standby as Maguire’s replacement. Maguire, however, recovered and was able to resume his role as the iconic superhero. Gyllenhaal also auditioned for the role of Batman in Christopher Nolan’s Batman Begins, but he lost out to Christian Bale. Gyllenhaal doesn’t have any regrets about losing out on these roles though. “I believe whatever happens, happens for good. I was definitely open to both the roles (of Spider- Man and Batman,” he admitted. “However at a certain point you realize there is always someone more interesting, talented and ready to do the role. In any case, you are not going to get every role you go for. So you can say I neither rue nor am I thankful for having not worked on these superhero films.” 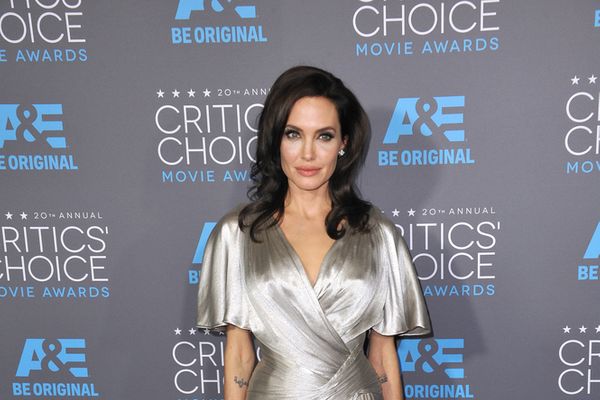 12 Celebrity Offspring Who Are More Successful Than Their Parents