Over the years, ABC has taken on many different series covering several genres from reality TV to scripted series, and above all has never been afraid to take risks with its shows. Many shows that other networks would pass on are exactly the ones that ABC thrives off of, and one of its newest is not only one of its riskiest, but also one of its best! Speechless premiered as one of ABC’s new Fall 2016 shows and has already been picked up for a second season! If you aren’t watching Speechless yet, you should, and here are 8 things to know about it before catching up:

Speechless tells the story of the DiMeo family, which includes Maya, a mother with an attitude which doesn’t hold back; Jimmy, who is a bit more laid back than his take charge wife; Dylan, their athletic daughter; Ray, their middle child; and JJ, their oldest son with cerebral palsy who has a biting wit. The family has moved often in hopes of finding the best educational environment for JJ and finally settle on a high school that prides itself on being inclusive.

One of the biggest things that sets Speechless apart from other series is that its main character is someone with a disability, and most importantly, they actually cast someone with that disability. Eighteen-year-old Micah Fowler stars as JJ DiMeo, and was cast only on his audition videos, meaning he had never met or spoken to producers before showing up for his first day. Like his character, Fowler also has cerebal palsy; however, JJ’s is much more sever. Fowler does use a wheelchair most of the time, but can walk short distances, and can speak with some difficulty. JJ uses a power wheelchair exclusively and is nonverbal.

With Fowler in the lead role, the rest of the talented cast really hold their own. Minnie Driver stars as Maya DiMeo, the matriarch of the family along while John Ross Bowie, who many will recognize as Barry Kripke from The Big Bang Theory, stars as Maya’s husband Jimmy DiMeo. Kyla Kenedy stars as their daughter Dylan, and Mason Cook portrays their second son, Ray. Of all of Driver’s roles, the actress has received nothing but praise for her hilarious yet difficult role with Time magazine stating, “Driver gives the performance of her career–and not merely because her particular aptitude for cutting insults is put to such good use. Speechless is a movingly textured look at how one child’s disability affects the entire life of a family. Maya is this tough because she has to be.”

Speechless was created by Scott Silveri, who based the show off of his personal experience of having an older brother with a disability. Silveri added that he wanted to make a series like Speechless for almost 20 years and while working on the series heard that ABC was looking for something exactly like it. When it came to casting, Silveri also never questioned casting an actor with a disability. “For me, it was never a question. God bless the studio and the network for not questioning that. I had geared up for a big fight, but the fight never came. There wasn’t the pushback I expected.” He added, “These things move so fast and you don’t want to have to have an actor without a disability in a chair with consultants on the side saying, ‘He wouldn’t do that. His head would got his way.’ You can sniff the fake on that.”

It isn’t surprising that the series has had a very positive reception from viewers and critics alike. The series has already received a 98% rating on Rotten Tomatoes, and has been praised for breaking new ground when it comes to disability representation on TV yet not detracting from the humor. “Speechless speaks to a sensitive topic with a heartfelt lead performance and a fine balance of sensitivity and irreverence,” one review read. Another from TV Guide states, “ABC has another worthwhile addition to its strong lineup of modern families with Speechless. It’s a clear-eyed empathetic exploration of life in a special needs family that makes plenty of room for hilarity.”

3. It’s Not About Social Issues

Due to the lack of people with disabilities being represented on TV, it was automatically assumed Speechless would be about giving a social message, but Silveri stresses that isn’t so. Instead it is just another family comedy that just so happens to represent families as not often seen, but Silveri does hope the series has some sort of impact on people. “I’d be very happy if this show, or any show in general, were able to demystify this a little bit. Both of these things are done out of discomfort, but there’s starring and there’s ignoring and there’s a lot in between. It’s not born out of malice. It’s just lack of experience. Something that’s foreign, it scares people, and I’d like to demystify that.”

Before changing the masses, however, Silveri had to deal with his own set, and revealed that it took some time for everyone to understand how to work with Fowler. Silveri added an extra 15 minutes onto production meetings in order to educate the entire cast and crew about how to use the proper language surrounding disabilities and individuals with disabilities. “That’s something that goes away quickly and I’ve begged people to take a deep breath,” he said of others struggling to find the right words to use around Fowler. “There is that mental roadblock with people not knowing how to behave, but he puts that at ease…he just has a charisma and quality that invites you in. He has a strength to him so that is not a woe-is-me story. He brings joy to the set.” He joked the only issue is that Fowler’s trailer is so much better in order to accommodate his wheelchair. “He has a bigger trailer than everyone so that his wheelchair can get through, which of course creates a lot of resentment with the cast. It looks like there’s a lot of actors and then Jay Z on the set!”

Along with being adamant at hiring Fowler for the role of JJ, Speechless also has the distinction of having Ben Lewin as its director who is only one of two disabled directors who are members of the Director’s Guild of America. The 69-year-old director suffered from polio as a child and although he survived, he now requires crutches to walk. “Everyone has got a different schtick, a different set of issues, and you work each person in different ways. It’s not very obvious, but I don’t relate to Micah as a special-needs actor. Of course, there’s a whole kind of physical element to it, but you’d be amazed how that just disappears. My kids, for instance, don’t cut me any slack whatsoever. Get your own bloody coffee! So I’m not inclined to cut anyone slack because they need more than someone else,” Lewin stated. Fowler added that he is very grateful to work with a disabled director stating it taught him that “no dream is too high” for anyone. 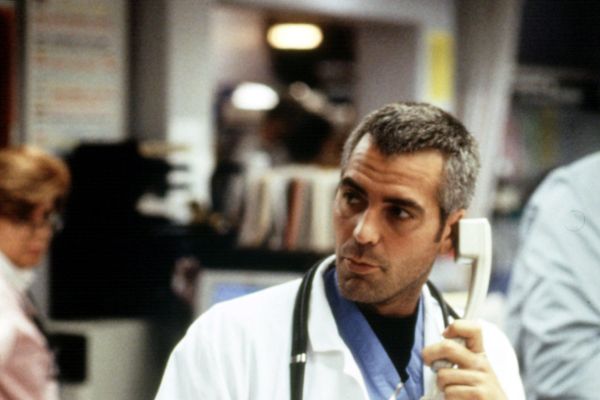