Adam Sandler is one of the movie industry’s most popular actors, and despite his success, he is also one of the most criticized actors in the business. Sandler’s biggest feat has been not silencing those critics, but defeating them because no matter how badly reviewed his movies are, they always make millions. Over the years Sandler has starred in countless films, and even his biggest fans will admit that some of them actually haven’t been that good at all. Check out 10 of the star’s most popular films ranked from worst to best:

2011’s Just Go With It was the last Sandler film before a string of flops which included Jack and Jill, That’s My Boy, and Grown Ups 2, but it also wasn’t exactly received well by fans. Some enjoy Adam Sandler as the romantic lead, while many were bored of the role for him, and despite bringing in stars like Jennifer Aniston, Nicole Kidman and Brooklyn Decker, the film could not be redeemed. The plot was ridiculous and many of the jokes fell flat, but that didn’t stop it from bringing in $214 million at the box office, making it a financial success. 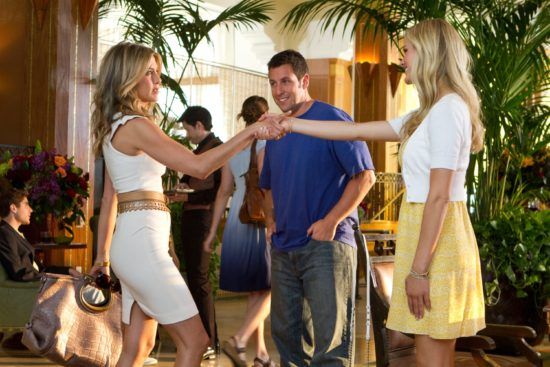 1998’s The Waterboy was Sandler’s second film in 1998 alone to make more than $120 million, and while it was very popular, looking back it certainly wasn’t one of his best. Sandler essentially derived a feature film from his popular Canteen Boy character from Saturday Night Live, and while it is a great underdog story, it is also very offensive, and even though Bobby Boucher gets the last laugh, it is difficult watching his character get tormented. At the time, it may have been a top Sandler film, but many more have come after to push The Waterboy down the ranks. 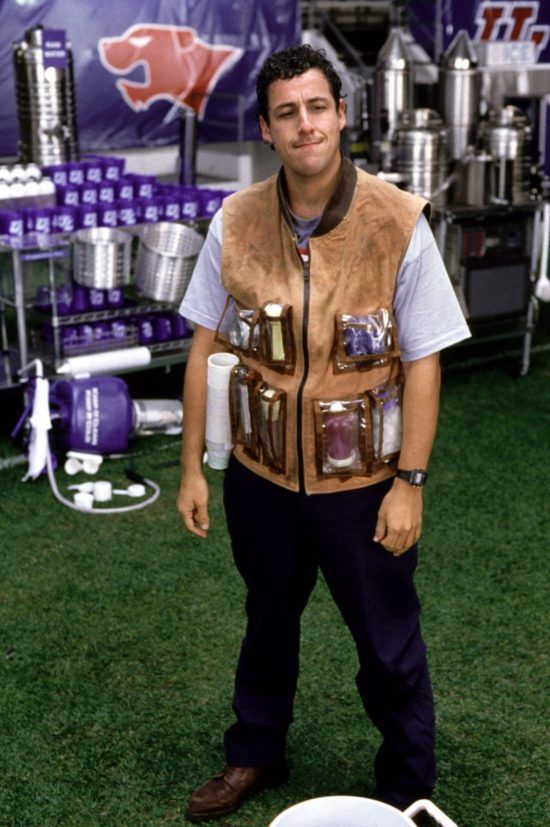 2000’s Little Nicky is a greatly underappreciated Adam Sandler movie in terms of not only its popularity, but how entertaining it is. Even the staunchest Sandler fans describe Little Nicky as the actor’s first feature film disaster and call it “bizarre” or “so weird”, but that is what makes it great. The plot is very unique, and endlessly hilarious, and featured Rodney Dangerfield, Allen Covert and Peter Dante in major roles. Somehow Little Nicky got the worst wrap out of Sandler’s films of the time, but actually holds up well, and deserves a little more credit for the comedy and unique plot no matter how bizarre it is. 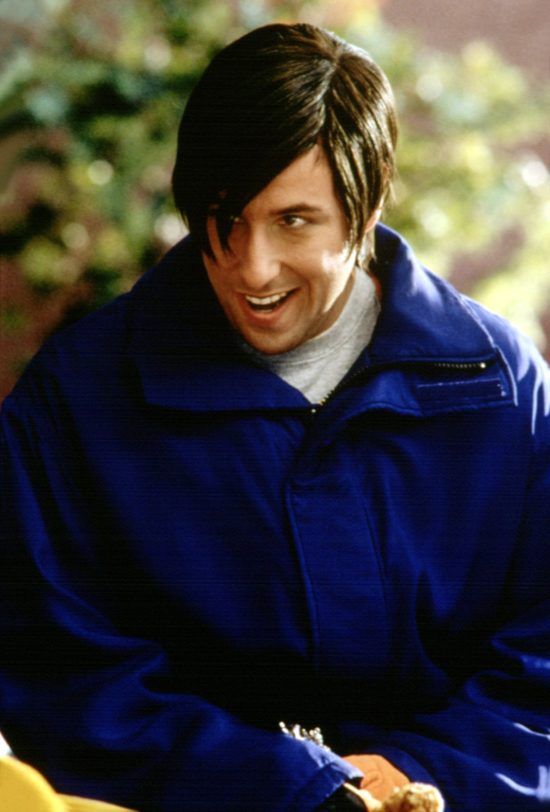 After proving in 1998’s The Wedding Singer that he was a viable romantic lead, Adam Sandler went on to make several romantic-comedies and while most fans preferred him to stick to his normal man-child films, some were received well. In 2004, he teamed up with Drew Barrymore for 50 First Dates, and while it naturally received mixed reviews at best from critics, it again pulled in more than $120 million at the domestic box office. 50 First Dates was one of those rare films where Sandler was mature and sweet while still maintaining his goofy self without pushing it too far. 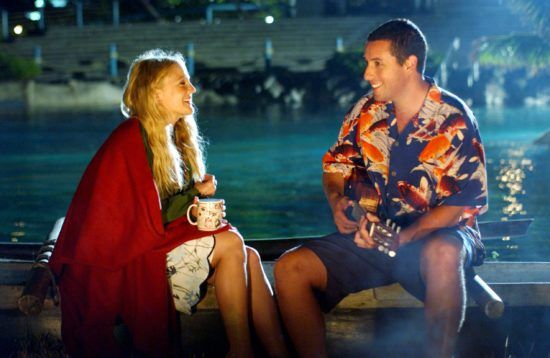 After a career defined by ridiculous comedies, some good and some bad, Sandler had dabbled in more serious roles, but none quite like 2007’s Reign Over Me. As one of Sandler’s least financially successful films, Reign Over Me didn’t have a large impact on audiences or critics, but over time many have seen not only just how important the film was, and how incredible Sandler’s performance was as well. The film was heavy and emotional, and severely underrated, but when watched more than once it is obvious how great of a Sandler film it is. 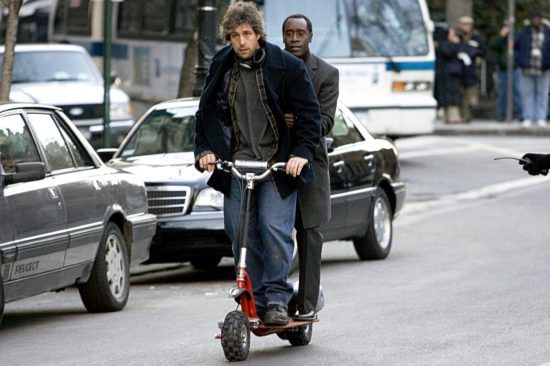 In 2002, Sandler starred or appeared in quite a few films, one of which was Mr. Deeds. The film was yet again critically panned but, again, was a huge financial success at the box office. Many Sandler fans can’t agree on Mr. Deeds, but in terms of all of the actor’s movies it really was one of the best. The plot was interesting, funny and charming and let Sandler pull off his classic comedy without having to resort to his sometimes excessive man-child humor. Mr. Deeds was much better than most gave it credit for because it was a perfect balance of a hilarious and somewhat odd film, that Sandler had become so well known for, combined with the romantic comedies that he had moved into. It may be unpopular opinion, but Mr. Deeds was one of the films where Sandler really was at his best. 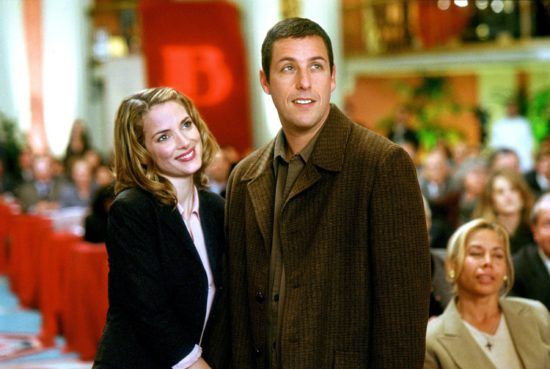 1995’s Billy Madison has been absolutely iconic and there are a certain amount of people who can’t go through the beginning of a new school year without singing the Billy Madison “Back to School” song. The film marked Sandler’s breakthrough as a major movie star, and if not for any other reason, the film is one of his best because of the importance it has in his incredible career that followed. Somehow Sandler took a character who would otherwise be detested and turn him into someone the audience not only liked but rooted for. 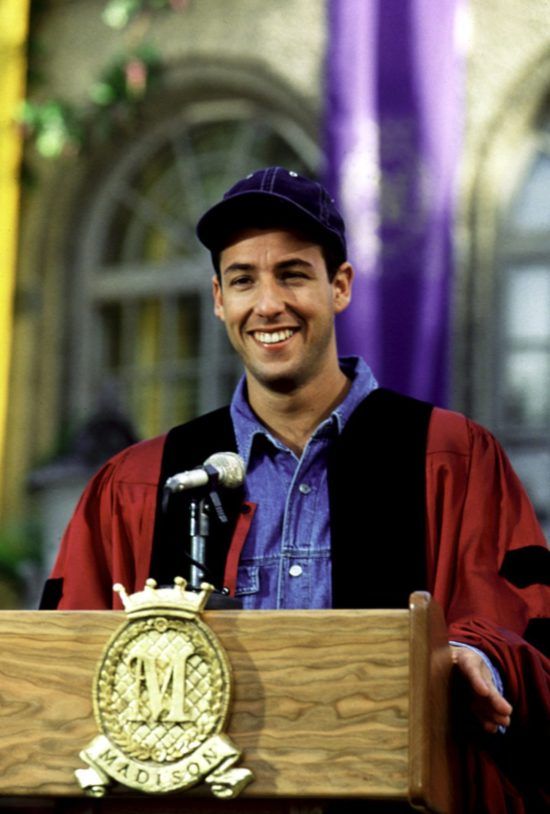 After a string of hits, Sandler stepped somewhat out of his comfort zone with Big Daddy, and it definitely paid off. Although he once again adopted the character of an adult with the maturity level of a teenager, he flipped the typical trope on its head with the character having to care for a young child. The result was a heartwarming and entertaining film that also had some great comedy that is necessary for Sandler’s films. Just because there was a child star, it certainly didn’t mean Big Daddy was a family film. 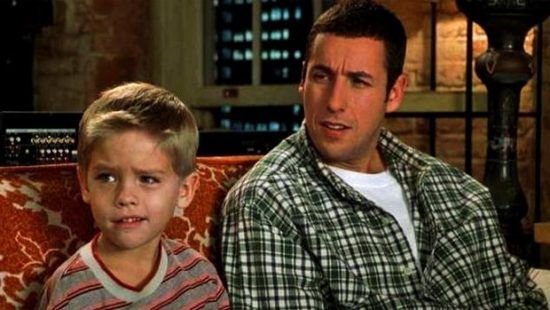 There is no more iconic (and more quoted) Adam Sandler film than 1996’s Happy Gilmore. Although Billy Madison and Happy Gilmore are thought of as being in the same league, Happy Gilmore gets the edge because Gilmore is a much more likable character. While Gilmore has his man-child moments, the heart of the plot is Happy simply trying to save his beloved Grandmother’s house, which helps the film hold up much better than a lot of Sandler’s other films. There was a lot of laugh-out-loud humor, romance, fights, and emotion, making the perfect combination for an entertaining film. 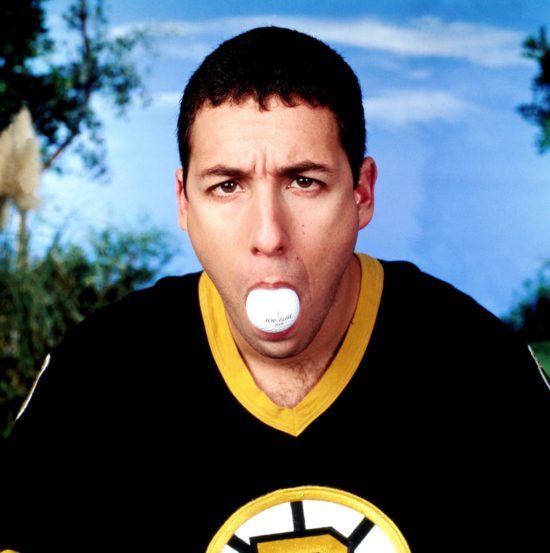 Many forget that aside from his comedy, Sandler is also a musician, and 1998’s The Wedding Singer let him display both talents. The film broke the actor away from his typical role and made him a viable lead opposite actresses such as Drew Barrymore, which would result in many more romantic-comedy roles. Despite the romance, there was still comedy, great music and some truly great supporting characters. Sandler is at his best in the film by proving he can be funny without taking it too far, and also be truly charming and sweet, instead of gross and crude. 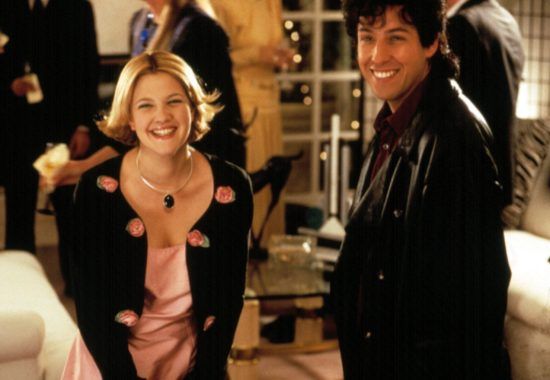 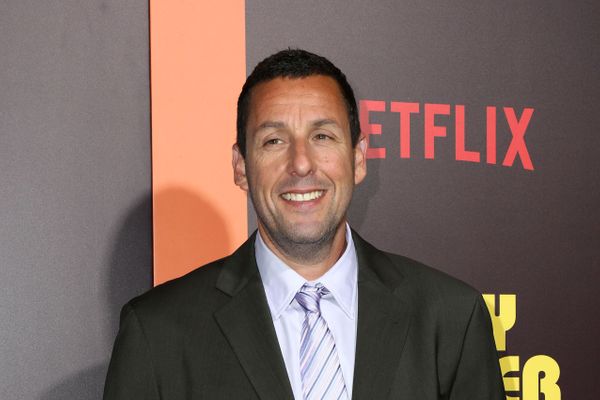