Season six of Bachelor in Paradise is quickly coming to an end as we enter week five, and there still is a lot of uncertainty about the relationships being formed. Week four brought a wedding, a surprising exit from Dean, and a lot of John Paul Jones drama, and everything is only going to take another turn in episodes nine and ten with another shocking exit. Luckily, Reality Steve already has a breakdown on everything that happens in Paradise this season, so take a look at what to expect for week five!

Fans were appalled when John Paul Jones decided that right after Chris Randone and Krystal Nielson’s wedding was an appropriate time to confront Derek Peth over his burgeoning romance with Tayshia Adams, and it turns out fans weren’t the only ones upset at JPJ’s behavior. While it isn’t a spoiler, those who watched last week’s wedding between the season five couple deserve an update about how they feel about what happened with JPJ, and unsurprisingly it isn’t good. “We had heard through our family and friends that there was like a dark cloud that was going over … and that dark cloud was John Paul Jones,” Krystal said. “I am definitely not a fan of him,” Chris added. Chris also said, “It was just a complete lack of awareness … with friends and family there and it being (Krystal’s) day … to take away from that is completely selfish. The way he attacks Derek is also completely unacceptable. It’s very distasteful knowing that our special moment … and to see our friends and family, especially when it happened right in front of my mom,” he said. “He owes my wife an apology.”

Following Dean’s surprising exit and the wedding, it didn’t take long for Caelynn to strike up another connection, this time with Connor Saeli who was at the wedding. Meanwhile Clay’s ex Angela Amezcua, who was a bridesmaid, also stuck around in Paradise following the celebration, but they aren’t the only ones joining for week five! Chase McNary from JoJo’s season, Matt Donald from Hannah’s season and Luke Stone from Hannah’s season are all going to appear this week!

Fans saw Caelynn and Connor go on their successful date after he joined Paradise. Other dates this week will be Angela with Mike and Chase with Angela. Additionally the season’s first double date occurs with Matt Donald and Sydney, and Luke and Kristina.

It seems that this season has already had more than its fair share of shocking revelations and surprising exits, as well as more than its fair share of Blake Horstmann drama, and it isn’t done yet! Season six will take another interesting turn according to Reality Steve when ahead of the fourth rose ceremony Blake tells Kristina that he really does like her and really wants to try a relationship again and no longer wants them to keep exchanging friendship roses just so they get to stay! This confession will play out even more in either episode ten or in week six.

As promised after the wedding and in promos for the rest of the season, week five will see the showdown between JPJ and Derek Peth after tensions began boiling last week. Reality Steve reports that JPJ accuses Derek of using women, and of course has issues with Derek’s romance with Tayshia, and something happens that makes Tayshia take JPJ’s side in the fight. While JPJ getting in a fight is shocking enough, even more surprising is that Derek ends up crying and deciding to leave!

With so much drama happening in weeks four and five, it seems like an eternity since there was an actual rose ceremony. In keeping with the new rule change, Demi goes first and gives her rose to Kristian. The rest of the rose ceremony is:  Tayshia to JPJ, Hannah to Dylan, Nicole to Clay, Katie to Chris, Caelynn to Connor, Haley to Luke S., Sydney to Matt, Kristina to Blake, and Angela to Chase.

With Derek Peth eliminating himself after his fight with JPJ earlier in the episode, that only leaves Mike Johnson as the only person not to receive a rose and he is eliminated. Mike’s mostly quiet appearance on Bachelor in Paradise and rather quick elimination had many thinking this was when ABC had decided he was the Bachelor. Additionally, Derek who was also a Bachelor frontrunner also leaves around the same time, making things more interesting. In case you missed it however, Reality Steve revealed that neither of these guys are the next Bachelor! Find out who the season 24 lead for The Bachelor in 2020 is here.

After Dean’s dramatic exit in week four, he makes an even more shocking return in week five as promised by the promos! Despite Caelynn and Connor’s quick romance, Dean returns this week after he realizes he really does like Caelynn and wants to pursue a relationship with her. It seems Dean returns just as Caelynn and Connor are spending quality time together. According to Reality Steve, “Dean shows up, pulls her aside, Caelynn is going back and forth talking between Dean and Connor, then starts making out with Dean and leaves with him.” Poor Connor.

After Connor thought he found something pretty serious fairly quickly with Caelynn following Chris and Krystal’s wedding, he is understandably heartbroken when she leaves with Dean just as things were heating up between him and her. Luckily, Connor had his eye on someone else at the wedding as well, which makes for an interesting turn in his storyline. This may happen in week six, but it turns out Connor was interested in Whitney Fransway and thought she would be joining Paradise. When she doesn’t show up and Caelynn leaves him, Connor decides to exit as well but before he leaves Mexico entirely Whitney finds him! Reality Steve writes, “When they finally did bring Whitney on, Connor was gone. So what happened was, they actually sent Whitney to Connor’s room, and Whitney and Connor got to spend a few days in Mexico together.”

Depending on what drama plays out on week five and what is left for week six, fans can expect a lot to be packed into the final week of Bachelor in Paradise! The final rose ceremony will lead to final eliminations and then of course big decisions that need to be made between the remaining couples, and of course overnight dates if the couples decide to take part! Until then see who stays together, who breaks up and who gets engaged with these season six spoilers! 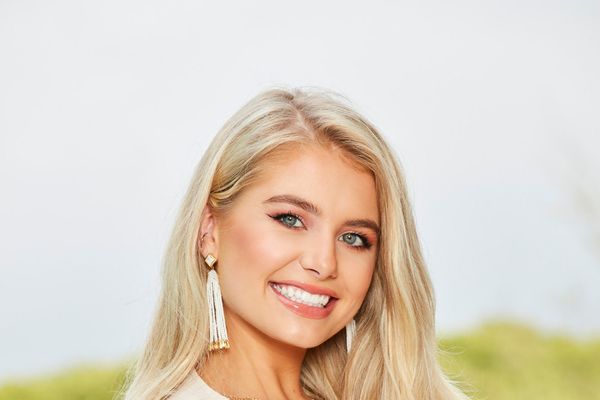