Break ups are always tough, but sometimes the world of Hollywood can swoop in and make us feel a bit better about our situations. Here is a list of the top movies to watch after Mr. or Mrs. Wrong has broken your heart…pint of ice cream not included.

For a romantic comedy, this movie is actually quite illuminating. It provides the comedic backdrop of an accurate portrayal of the reasons that couples break up, and viewers are also left with an ambiguous ending. We know that we’re rooting for a happy ending, but real-life doesn’t always work that way and we can relate to the predicament the characters are in.

The ups and downs of this flick are what make it land on our list. It’s adorably heart-warming and goes to show that you never know where and when true-love’s arrow will strike. Sometimes the most unlikely of romances are the ones that truly grip us! And, the film features Hugh Grant when he was adorable!

This one goes to show how melodramatic we can be over breakups by taking us down memory lane to the teen angst of high school romance. The 1980s flick that features a young John Cusack, highlights the hilarious nature of our torment. It helps to reveal that every situation is impermanent and this too shall pass.

This hilarious flick just goes to show that you only need to be true to yourself to be happy! The whirlwind adventure that Elle goes on in order to fit into her ex’s life plan is something that we can all relate to! But in the end, she realizes that she can be happy without him, and that sometimes letting go is the answer. People are who they are and there is no use fighting against it!

Because it’s my favorite movie, it makes the list by default. But seriously it is a great film to watch if you want to understand how awkward you and everyone else on the planet is, and this will inevitably make you understand your pain in a new way. It turns out that it’s all a part of some absurdist journey that is tragically hilarious.

This one forewarns you that it’s no love story and follows the tale of Tom and Summer’s one-sided relationship. Tom comes to realize that just because you love someone, it doesn’t mean that they’re going to love you back; a pill that is always tough to swallow. This film is for anyone that needs the extra boost to get back up after falling for someone that just doesn’t feel the same.

This film is hilarious and an instant classic with an all-star cast. The film renews our belief in the power of friendship and revenge through solidarity. It also goes to show that experiences are best when shared! No break up movie list would be complete without this one!

3. He’s Just Not That Into You

For this story, either sit down with the flick or the book, but either way, this one has the power to change anyone’s life. The story revolves around that special someone that we all know, that just doesn’t seem to return our feelings to the same extent. It’s hilarious and goes to show how easy it is to get stuck in our own heads. Even though it seems like a chick flick it has the power to illuminate the way we understand our relationships. Oh, and it has a wicked cast!

This comedy was an instant classic because of its honest portrayal of how one copes with being dumped; namely, by becoming a sobbing recluse. But this movie also teaches us that a break up can lead to a trade up, I mean seriously, how awesome is Mila Kunis? And of course that cheaters, will inevitably get theirs! This flick will have you laughing through your tears and feeling a renewed sense of empowerment in no time! P.S. Jason Segel, is both relatable and adorable and this proves that you too are awesome!

Again, read the book or watch the flick, no matter how you cut it, this story is a staple for anyone going through a breakup. The hilarity of watching the lovable everywoman Bridget Jones kiss a few frogs before finding her prince, renews our belief in the inevitable happy ending. It also goes to show that sometimes we need to look no further than right in front of us to find that special someone who can love us for all of our faults. There are also sequels to this flick, so you can cozy up in your pjs and have an ice cream eating, Bridget Jones watching marathon! 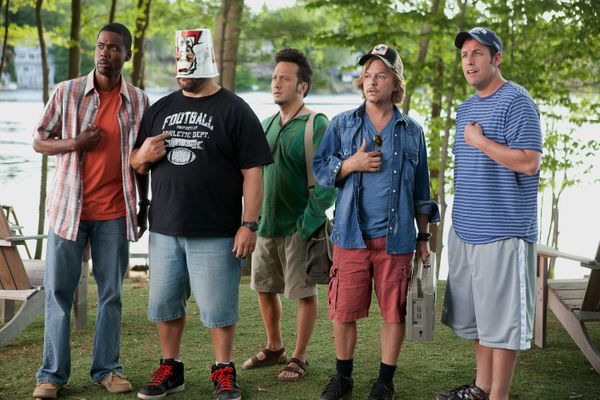