Beverly Hills, 90210 was one of the most popular teen dramas during the ’90s. Although it had a slow start, it quickly became one of Fox’s top shows and turned a number of actors like Luke Perry, Jennie Garth, Brian Austin Green, Tori Spelling and Jason Priestley into icons seemingly overnight. Spanning a whopping 10 seasons, the show followed a group of friends living in star-studded Beverly Hills as they made their way through high school, then college and into the adult world, while tackling a lot of important issues like racism, suicide and teen pregnancy. It’s been 18 years since the show ended, but it still lives on in the hearts of many fans! Here’s a look at 10 interesting behind the scenes secrets from Beverly Hills, 90210.

If it were up to the Fox network, Luke Perry would have never made it past his initial two-episode arc on Beverly Hills, 90210. He originally auditioned for the role of Steve Sanders, but he ended up with the role of Dylan McKay, a part he held  from 1990 to 1995 and again from 1998 to 2000. Luckily for Perry, executive producer Aaron Spelling loved him. In fact, he liked him so much he paid out of his own pocket for the young actor to appear on the show. 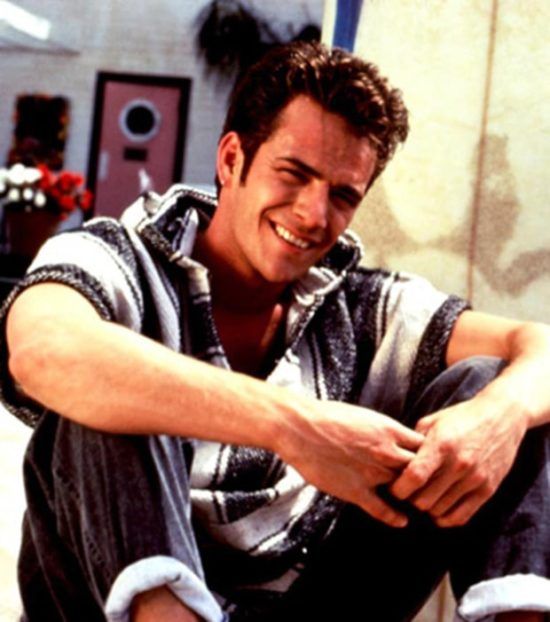 At the beginning of her career, before she became an Oscar winning actress, Hilary Swank signed on for two seasons of Beverly Hills, 90210, in the role of Carly Reynolds, a single mother. Instead of fulfilling her contract, she was fired after only 16 episodes! “I was on 90210 during the eighth season when no one watched anymore and Luke Perry was long gone. So I was fired off the show at that point. And I was devastated! I’m thinking no one watches this show anymore and I got fired off a show that no one watches,” joked Swank. Despite her hard feelings about it, it was actually a blessing because only a few months later she landed the lead role in Boys Don’t Cry and won an Oscar and a Golden Globe Award for her performance. 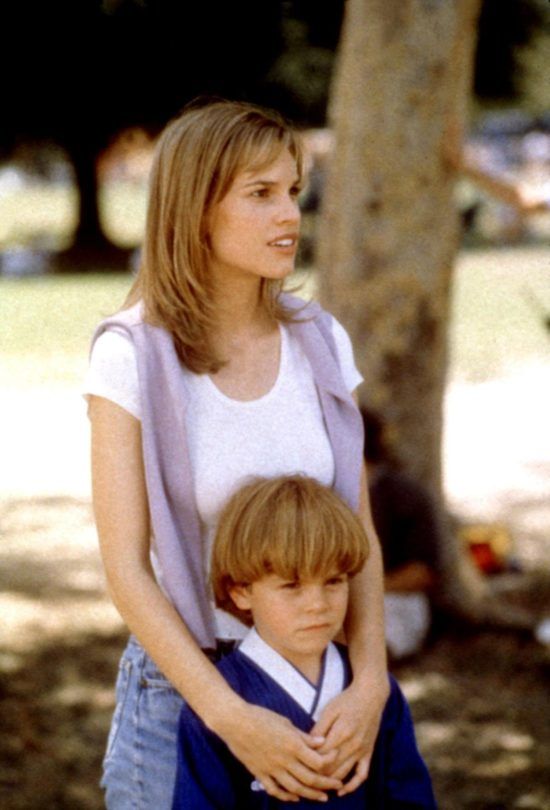 Donna wasn’t even a main character on the show, but because she was played by Aaron Spelling’s daughter, what she was doing on the show was his main concern. “The minute we’d go in to pitch stories about an episode, he’d ask, ‘What’s Donna doing this week?’ Even though Donna wasn’t one of the main character in the inner-circle — she was a supporting character…you always had to start what the episode was about with ‘What was Donna doing?’ That’s what the old man wanted to hear…Tori was really out there. She was just enjoying herself. So even though the old man couldn’t control her, he could control Donna Martin. It was an odd situation, like he was getting his fatherly satisfaction out of controlling a character when he couldn’t really control his daughter,” said writer and executive producer, Larry Mollin. This is also one of the reasons Donna’s character remained a virgin for so long. 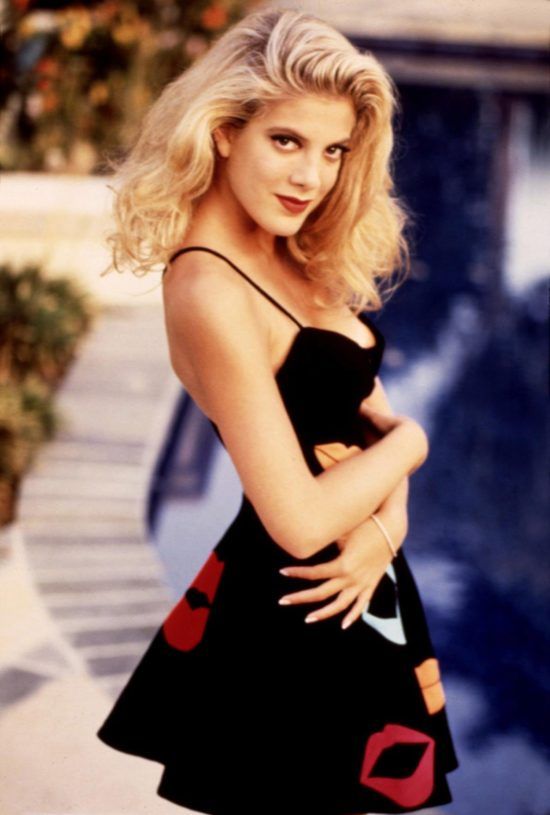 When Shannon Doherty left the show, the producers had to fill in a new spot on the show so they came up with the character of Valerie Malone. They offered the role to many actresses like Drew Barrymore, Alicia Silverstone, and Alyssa Milano, but in the end, Tiffani Amber Thiessen was cast. Brian Austin Green was actually very upset that she was cast because she was his girlfriend at the time! “Oh my God, he felt betrayed! We were totally shocked and had no idea. But, then, of course, we realized why: because other people would be kissing and feeling up his girlfriend! That’s what the guys do. That’s their free shot. Luke’s a wonderful man and Jason [Priestly, Brandon] is a wonderful man. But they are young guy actors on a show, which basically means they get to feel anybody up they want,” said Mollin. 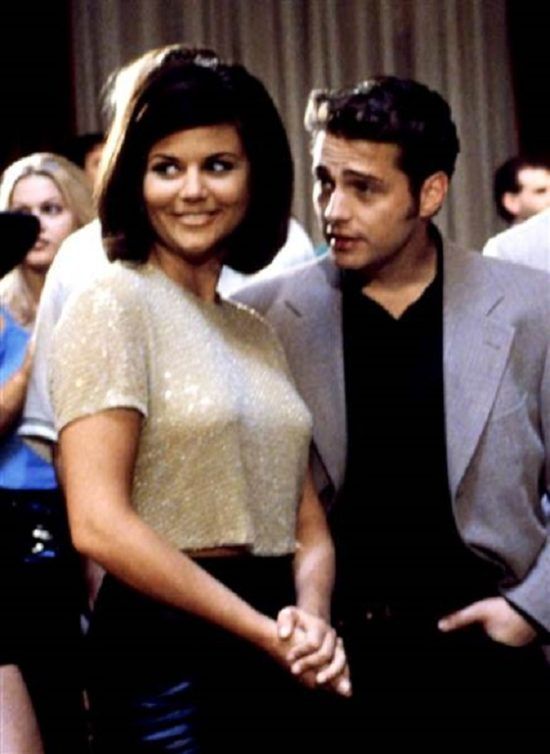 When Jennie Garth released her memoir, Deep Thoughts From a Hollywood Blonde, she revealed a few stories about her cast mates on Beverly Hills, 90210. In one of the stories, she revealed how Ian Ziering tricked her into practicing a kissing scene! In her book, she wrote: “He was wise and ambitious as hell. I remember that we had to kiss in one of the earlier episodes, like right after we had met, and he asked if we could go to the garage of this house we were shooting at ‘to rehearse’ …It was the most awkward situation yet…Of course, I now know that you don’t have to ‘rehearse’ those kisses…I told you he was ambitious!” 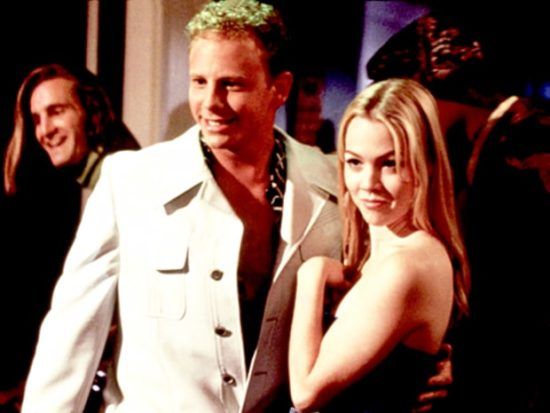 When Spelling auditioned for Beverly Hills, 90210 she used the name Tori Mitchell so she wouldn’t be associated with her father and could get the role she really wanted which was Andrea. Unfortunately, it didn’t work. Her father wasn’t even the one who told her about the show, it was her agent at the time. “She said, ‘Your dad is doing it.’ I was like, ‘I haven’t heard anything about it.’ I popped into his briefcase when he got home, and I was like, cool. I really wanted to play Andrea. I went in under a different name, then I got the part of Donna — which I’m sure had something to do with my dad,” said Spelling. 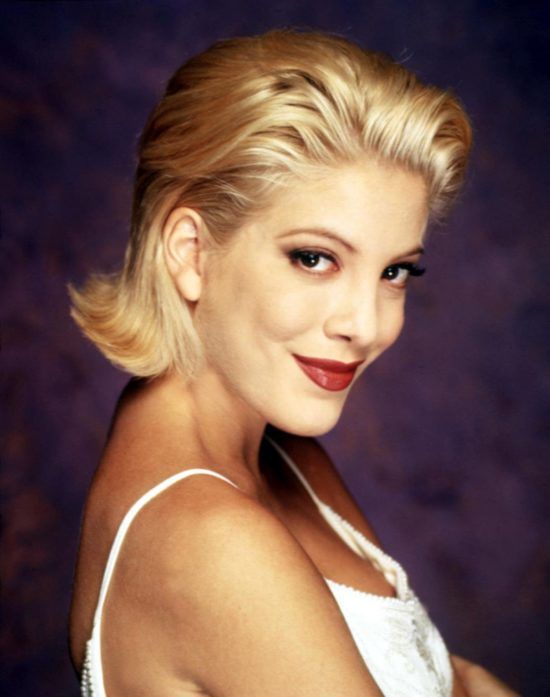 4. Gabrielle Carteris Lied About Her Age

When Gabrielle Carteris was cast to play a 16-year-old teenager on Beverly Hills, 90210, she was actually 29-years-old! She managed to sneak her way onto the show by never actually revealing her age. “I actually talked to a lawyer about how I could sign these contracts and lie about my age and still be able to do the show. ‘Is it OK?’ And, ‘Yes it is, as long as you just say you’re over 21.’ Then a magazine — that I won’t say — did an interview on the show with somebody else and they went and asked my agent [my age]. I said, ‘I don’t talk about my age,’ or whatever, they found it in the DMV, illegally. So, then they were printing it and I thought, ‘This is it! I’m gonna lose the job, there’s no way.’ By that time, the show had been on long enough, so it was OK,” she said in an interview with Access Hollywood. 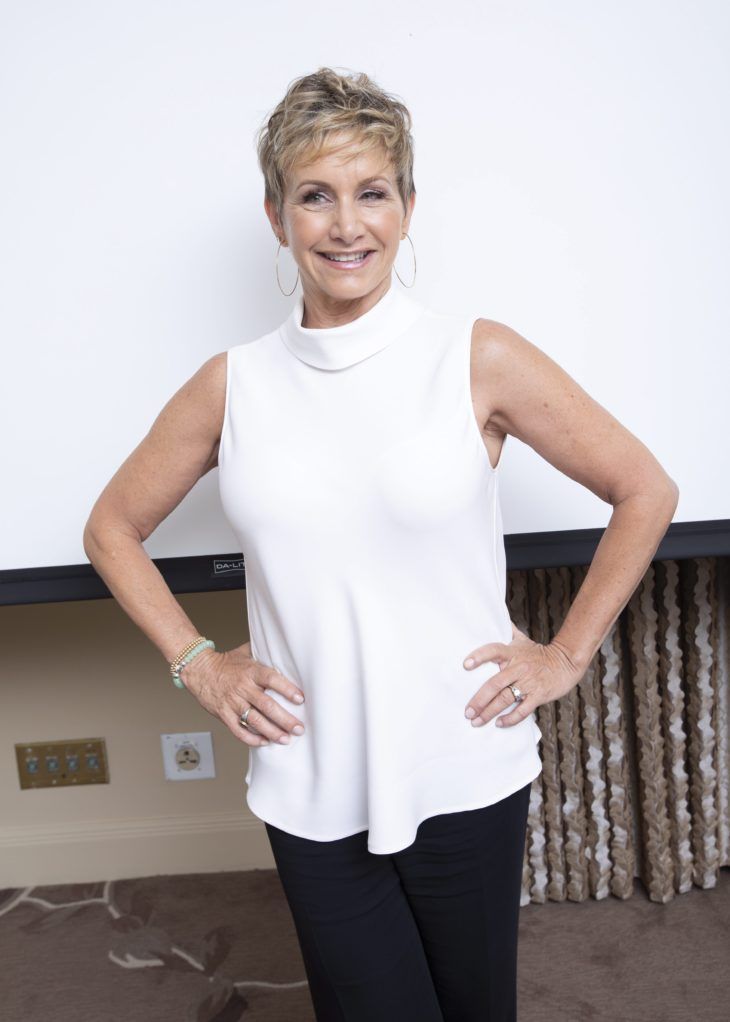 In an interview with Brian Austin Green, he admitted that the wardrobe department for Beverly Hills, 90210 would go out of their way to find “ridiculous” material to make clothing for the show. His character, David Silver, once appeared on the show wearing pants made out of Lifesavers. “I wore clothing that looked like outdoor f–cking umbrella material,” he said. “I wore pants one time that had Lifesavers on them. We had a wardrobe department that thought it was funny to come up with the most ridiculous wardrobe that we could for David Silver. I remember when she walked in with a roll and held it up, giddy like a kid, and sure enough, she made pants.” 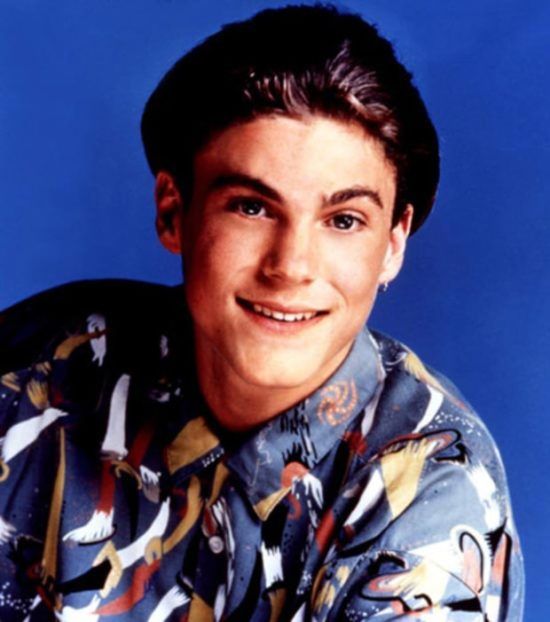 Jason Priestley was one of the biggest stars on the show. He played the character of Brandon Walsh from season 1 until season 9 when he left after the fourth episode. Despite having such a long history with the show, he said he felt kind of bitter when his time came to an end: “When I left the show, it was so anticlimactic, it just left a bad taste in my mouth. It was the fourth episode of the ninth season. I did the first scene of the morning – literally with this actor who was brought in to replace me – and that was it. I hugged the crew, picked up my box of stuff, went to my car and drove away. There was no party, no nothing. I felt like I’d wasted nine years of my life,” he said in an interview with The Guardian. 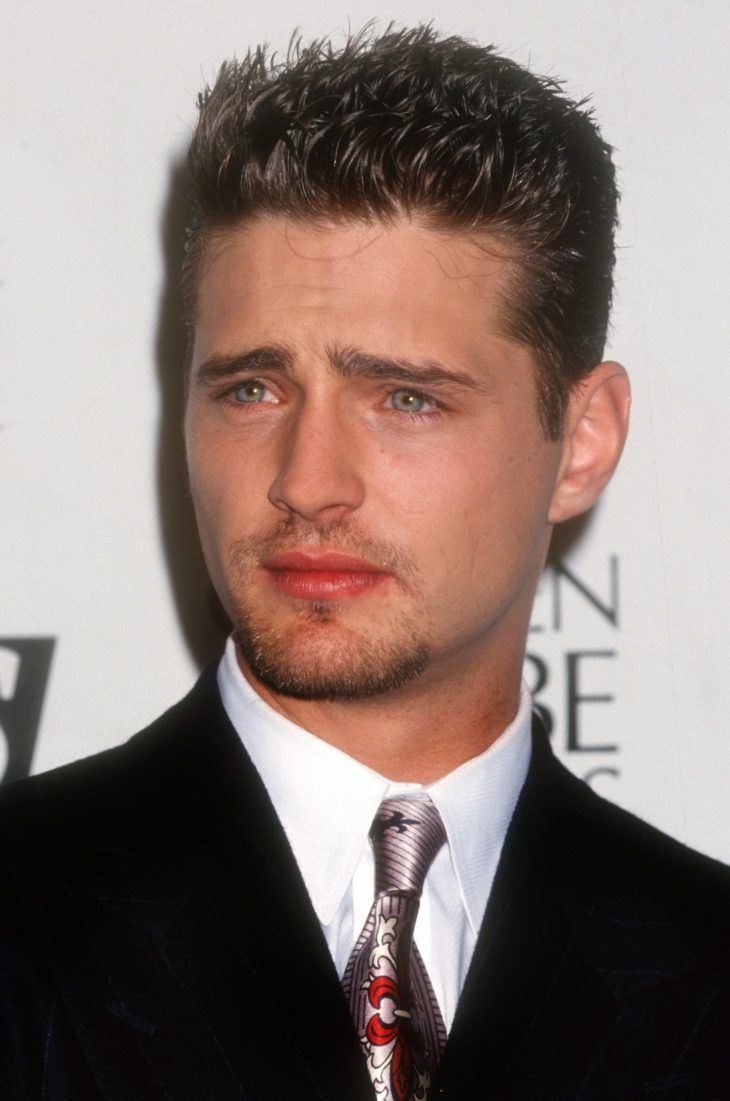 As one of the older members of the cast, Ian Ziering walked a fairly straight line in relation to some of his cast mates on Beverly Hills, 90210, but there was one time when he got a little dramatic and trashed his dressing room out of anger. It was after they shot an episode where Ziering’s character gets wrongly accused of rape and Ziering had done a lot of work to prepare for his scenes: “They edited out so much powerful stuff. That was like the first time I really got some great words to say and I work shopped them and I studied. I brought game, and it never even made it through the edit. I tore the dressing room apart. We all worked so hard for our characters and to not even get a heads up…I’m not a volatile person, I have a very long fuse, but after working so hard on this particular episode, I just didn’t feel like they were with me on this one,” he said. 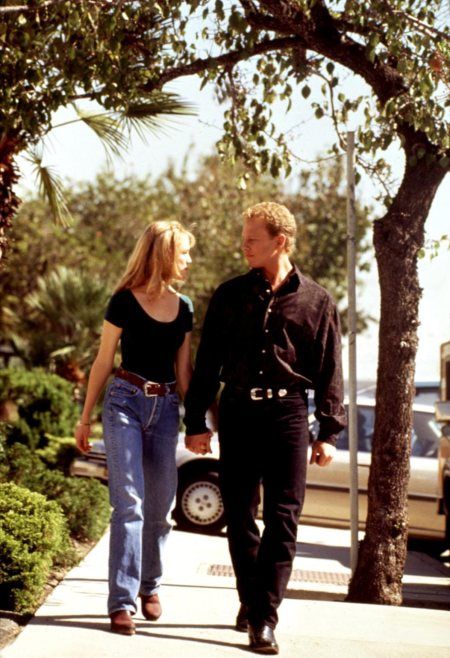 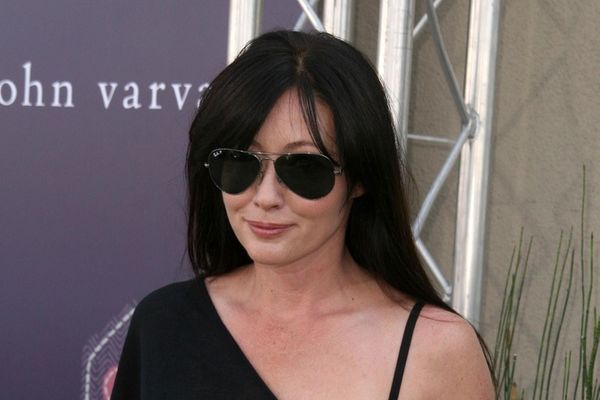