Candace Cameron Bure leads a pretty squeaky clean life but, in spite of this, she still finds herself smack dab in the middle of some pretty insane controversies. From her comments on submissiveness within her marriage to the seemingly racy content in Fuller House, she just can’t seem to please all of her fans. We’re looking at seven controversies that the television actress has found herself in – check it out!

The television actress was accused of being anti-feminist and weak when she wrote in her book Balancing It All: My Story of Juggling Priorities and Purpose that she takes a “submissive” role in marriage to Valeri Bure. She tried to clarify what she meant by submissive in an interview with Huffpost Live. “The definition I’m using with the word ‘submissive’ is the biblical definition of that. So, it is meekness, it is not weakness. It is strength under control, it is bridled strength… I love that my man is a leader. I want him to lead and those major decisions to fall on him… it doesn’t mean I don’t voice my opinion, that I don’t have an opinion – I absolutely do,” she said.

Back in 2008, the Fuller House star was the subject of scrutiny when she recommended a controversial parenting book, On Becoming Baby Wise, to her former Full House co-star, Jodie Sweetin. The book was seen as controversial because it recommends getting your baby on a feeding schedule from the outset, which is in direct opposition to the American Association of Pediatrics’ advice to follow your baby’s hunger cues and feed on demand.

In 2015, Bure sparked outrage when she got into an argument on The View with fellow co-host Raven Symone when they were discussing an Oregon bakery’s decision to refuse service to a lesbian couple. While Symone argued that the bakery’s decision not to serve the couple based on their sexual orientation was akin to discriminating against people based on their race, Bure disagreed, arguing that it wasn’t discrimination. “This is about freedom of association,” she said. “It’s about constitutional rights. It’s about First Amendment rights. It’s about having the right to still choose who we associate with. [The bakery] didn’t refuse to bake the cake because of [the couple’s] sexual orientation. In fact, they baked cakes for them previously. They had a problem with the actual ceremony because that – the ceremony – is what conflicted with their religious beliefs.” Symone didn’t seem convinced though and refused to continue the conversation.

4. Her Santa and Jesus Sweater

The Full House star was the subject of debate when she sported a sweater featuring cartoon images of both Jesus and Santa together. Although she tried to explain that the sweater was a “bridge between commercialism and the real meaning of Christmas,” she still received some harsh criticisms for her choice of attire. One man commented, “Jesus and Santa are not Buddy’s, santa unscrambled spells satan, who else would make up some fake being to try and steal some of Christ’s glory that is what Christmas is about.”

When Bure announced on Facebook in 2014 that she was going on a five day cleanse after a very indulgent week in Napa, she was hit with a backlash. She quickly went back on Facebook to address the criticism – which included one follower telling her to eat a steak – and explain that she wasn’t trying to lose weight and was instead doing this to help address a health issue. “After going back to my normal eating habits as well as extended over indulgent summertime vacation eating and normal exercise routine, my body has endured some confusion causing some minor health issues,” she wrote. “That is private, so I will not [be] going into detail, but this cleanse is just a step to getting it back on track because I know that food is a key source to healthy living.”

The actress raised some eyebrows when she likened her experience being cyberbullied on Twitter to being raped. “I’ve never been more verbally abused in my life than on Twitter, and specifically in the last few months, having come on this show. A lot of people don’t agree with me – that’s fine, don’t agree with me. But you don’t have to verbally abuse me and rape me. That’s what they do to me on Twitter,” she said on The View. Viewers pointed out that the only thing like rape is rape itself and chastised her for continuing the trend of comparing things they don’t like to rape.

When season one of Fuller House debuted on Netflix, critics panned the show, and to make matters worse, some viewers considered it too racy to be family friendly because of all of the cursing, sex and drug references. “Another disappointed viewer here,” one viewer wrote. “Please make season 2 appropriate for family viewing. I don’t want political correctness (same-gender kissing etc), sexual innuendos, masturbation references, sexy dancing, and drinking. I want the cheesy jokes, hugs, and silly scenarios that ‘Full House’ is known and loved for. Please cut the other stuff out.” No word yet on whether or not season 2 will take these things into consideration. 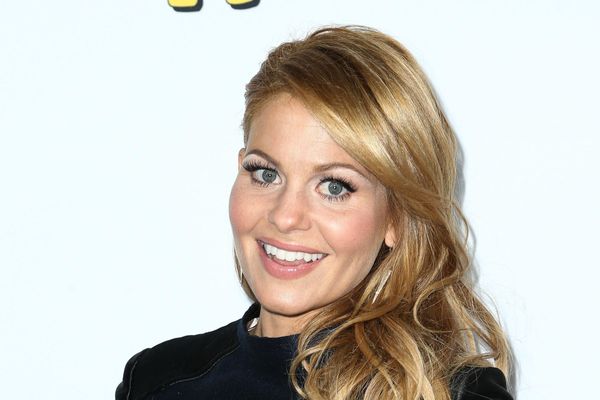