Cast Of Cheers: How Much Are They Worth Now?

After almost being cancelled while in the midst of its first season, Cheers went on to become one of the most iconic sitcoms on TV with one of the most memorable theme songs of all time. After surging forward, the series, which was previously last in rankings, quickly became one of the highest rated TV shows in the U.S., leading Cheers to 11 years and 11 seasons while its cast all became household names. Almost 25 years since the show has come to an end, check out how the talented cast has fared with this list of how much they are worth now:

Estimated Net Worth: $60 Million. Thanks to his incredible success with the show Frasier, many now forget that the series was a spin-off of Cheers, leading Kelsey Grammer to much of his impressive net worth. Grammer’s career began after he graduated from Juilliard and began working on stage in plays including Broadway. He switched to on-screen work with a small role in the series Ryan’s Hope and worked steadily before landing the role of Frasier Crane on Cheers. Grammer appeared in the role until the series came to an end in 1993, and immediately began his work on Frasier which lasted another decade. He has had several other acting roles and has also done work in producing, making an estimated net worth of $60 million.

Estimated Net Worth: $10 Million. Bebe Neuwirth’s talents and dreams first centered around dance, and after studying ballet at the age of 5, she went on to attend Juilliard and danced with the Princeton Ballet Company. She then moved into Broadway performances where she also worked on her acting skills and it didn’t take long before Neuwirth pursued acting full-time. She began acting in 1986, and that same year landed her most recognizable role as Dr. Lilith Sternin-Crane on Cheers. Neuwirth reprised the role for 12 episodes of Frasier, but is also known for her several film and TV roles including in Jumanji, How to Lose a Guy in 10 Days, and Madam Secretary. Now, Neuwirth has accumulated an estimated net worth of $10 million.

Estimated Net Worth: $65 Million. Woody Harrelson is a man who needs no introduction in Hollywood after decades of success in the entertainment industry. After getting his degree in English and theatrical arts from Hanover College, Harrelson moved to New York City where he landed his breakout role as Woody Boyd on Cheers, starring in the series for 200 episodes from 1985-1993. He has since had a prolific career in both films and TV, starring in numerous box office hits, and now has an incredible estimated net worth of $65 million.

Estimated Net Worth: $30 Million. Although Kirstie Alley had intentions of moving to L.A. back in the late ’70s in order to become a fashion designer, she instead found success as a model and then as an actress. Her big break came in 1982 after she landed a role in Star Trek II: The Wrath of Khan which helped her career took off. After appearing in many series and films, she joined the main cast of cheers as Rebecca Howe in 1987, and stayed with the series until its end in 1993. Although her career hit a rut as the actress struggled with her weight, she made a comeback with her own short-lived series Kirstie in 2013 and has most recently appeared on the new series Scream Queens. Alley now has an estimated net worth of $30 million.

Estimated Net Worth: $50 Million. Rhea Perlman’s father helped the actress land her first role in the 1972 short film Hot Dogs for Gauguin. She built her career through several roles in TV movies before landing her most notable role as Carla Tortelli in Cheers for the series’ entire run. Now, with 99 acting credits to her name, the actress is showing no signs of slowing down in her career and has an estimated net worth of $50 million.

Estimated Net Worth: $80 Million. John Ratzenberger went from working as a house framer to being one of the highest box office earners in history, not to mention he has had a lot of success in TV as well. He first launched his acting career in 1976 and had no problem landing film roles including a small role in 1980’s Star Wars: Episode V – The Empire Strikes Back. Ratzenberger is widely known to most fans as Cliff Clavin from Cheers, staying in the beloved role until the series ended in 1993. Now he is best known and earned a lot of his money from his numerous voice roles in nearly every Pixar movie released, meaning he has an incredible estimated net worth of $80 million.

Estimated Net Worth: $45 Million. Unlike a lot of actors, George Wendt didn’t get his start in acting from school — in fact he was expelled from Notre Dame due to a 0 GPA, but afterwards he joined the Second City comedy troupe. His first roles came in the late ’70s and early ’80s and before long he was cast as the hilarious Norm Peterson in Cheers. Aside from the role, Wendt is best known for his numerous film roles in movies such as House, Forever Young, and Fletch, and all of his hard work has paid off with an estimated net worth of $45 million.

Estimated Net Worth: $10 Million. Shelley Long quickly became a household name thanks to her many prominent roles after starting her career in 1977. From 1982-1987 she starred on Cheers as Diane Chambers and then in 1995 became the Brady Bunch matriarch Carol Brady in The Brady Bunch Movie. Most recently, Long appeared in the hit series Modern Family, and along wit her 86 acting credits has made an estimated $10 million.

Estimated Net Worth: $60 Million. After being an athlete in high school, Ted Danson quickly became interested in acting and had no problem booking commercials before landing his first TV part in Somerset in 1970. Danson went on to appear in many more series in small roles for much of the ’70s before being cast as the lead star of Cheers, Sam Malone, making him a household name. Since then, he has had no problems landing parts and has most recently appeared in Fargo, CSI: Cyber, and The Good Place, and now has an estimated net worth of $60 million. 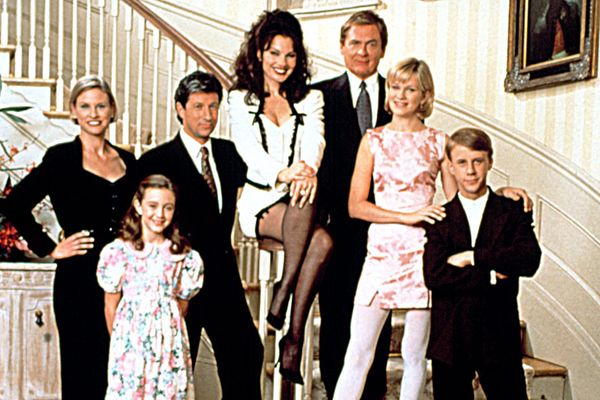 Cast Of The Nanny: How Much Are They Worth Now?