Cast of Clueless: Where Are They Now?

“Clueless” was one of the defining movies of the ‘90s. The writing was so clever that many of the lines in the movie became catchphrases and the movie itself was responsible for launching the careers of the relatively unknown cast. Some of the stars – Alicia Silverstone in particular – were expected to make it really big as result of the movie’s success. We decided to check up on the cast and see what they’ve been up to. Some of the actors and actresses have developed really successful careers while others didn’t quite reach the heights we expected. Take a look!

Breckin Meyer played Travis Birkenstock – the skateboarding stoner with a heart of gold – in “Clueless.” Although he was active in films during the late ‘90s and early 2000s, the former teen heartthrob has since established himself on the small screen. He is currently a voice actor, writer and producer for the stop animation comedy series “Robot Chicken.” He also has a lead role in “Franklin & Bash” and he was the creator and writer for the comedy series “Men at Work.”

Jeremy Sisto played Elton, the love interest Cher chose for Tai, in “Clueless.” Despite having numerous film credits on his resume, the established actor has made a home for himself on the small screen as well. He had a leading role on ABC’s “Suburgatory,” which was cancelled this year, and he currently has a role on A&E’s “The Returned,” an adaptation of a French series about a small town whose residents suddenly come back to life years after a fatal bus crash.

Elisa Donovan – who played Cher’s nemesis Amber in “Clueless” – has continued to act in films and on television. Her major roles have been in the sitcom version of “Clueless” and “Sabrina the Teenage Witch.” Donovan has mostly starred in television movies since her big screen debut. In 2012, she married Charlie Bigelow, who she met while on vacation in Mexico, and the two have a daughter together, Scarlett Avery.

Donald Faison – who played Dionne’s boyfriend Murray in “Clueless” – has enjoyed a successful career on television. He played Dr. Chris Turk in the comedy-drama “Scrubs” for several years, he has a starring role in the comedy “The Exes” and has a hosting gig on the comedy sketch show “Who Gets the Last Laugh.” Faison married Jessica Simpson’s best friend/former personal assistant CaCee Cobb in 2012 and the two have a son together.

Paul Rudd played Cher’s love interest/former stepbrother Josh in “Clueless.” Unlike many of his former co-stars, he has gone on to become a full-fledged comedy film star. He has had roles in a number of high profile comedies including “Anchorman: The Legend of Ron Burgundy,” “The 40-Year-Old Virgin,” “Knocked Up,” “Wanderlust” and “This is 40.” Rudd was recently cast as Ant-Man in Marvel Studio’s upcoming film of the same name.

Brittany Murphy – who played Tai, the ugly duckling that Cher transforms into a swan in “Clueless” – went on to have a more successful career than many of her co-stars. She had roles in “Don’t Say a Word,” alongside Michael Douglas, in “8 Mile alongside Eminem,” “Uptown Girls” and “Sin City.” She also lent her voice to the character Luanne Platter on the TV series “King of the Hill.” Sadly, in 2009, Murphy died of pneumonia, with secondary factors of iron-deficiency anemia and multiple drug intoxication. She was 32 at the time of her death.

Stacey Dash is best known for playing Cher’s best friend Dionne in “Clueless.” Although she has continued to act in films and on television, like her co-star Alicia Silverstone, she never went on to experience the same level of success as in her breakthrough role. Dash recently made headlines when she was hired as a contributor for “cultural analysis and commentary across various daytime and primetime programs” by Fox News. Who knows – she may run for political office one day.

Alicia Silverstone – who played the good-natured but superficial Cher Horowitz in “Clueless” – didn’t go on to have the successful career everyone expected. Although she has continued to act in movies, on television and in plays, her most successful role to date was in “Clueless.” These days, the former “It Girl” only makes headlines for her controversial parenting advice. Silverstone recently released a new book called “The Kind Mama” where she preaches against the use of vaccines and tampons. 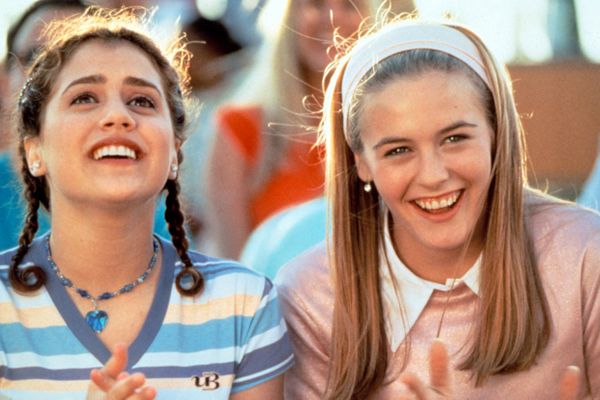