Cast Of Dawson’s Creek: Where Are They Now?

“Dawson’s Creek” was an extremely popular drama series for teens in the late 90’s early 2000’s. It debuted on January 20, 1998. It followed the lives of a group of teenagers as they fought through the trials and tribulations of high school, puberty, and college. It began a trend for successful shows that dealt with the activities of teens. It was an anchor for the WB network for six seasons. The last episode aired on May 14, 2003. Here is a look at the cast of characters and some of their career highlights following the end of Dawson’s Creek.

The lead girl in “Dawson’s Creek” was played by Holmes. She played Joey Potter, the best friend of Dawson Leery. At the end of the show, she started a career as an editor in New York City. In real life, she managed to score a few notable roles in “Batman Begins”, and “The Kennedys.” However, she is best known for her marriage and tumultuous divorce from Tom Cruise. Together they have a daughter named Suri.

As the star of Dawson’s Creek”, Van Der Beek played Dawson Leery. The whole show revolved around his love of film and great imagination. His life was complicated his incessant need to overanalyze and his many complicated relationships. James continued his television career with a small part on the series “One Tree Hill”, and a role in “The B In Apartment 23.” He has been married twice and has two children.

Williams played the show’s bad girl Jen Lindley. Her character met a tragic end in the finale. She was a single mom who died from a heart condition. “Dawson’s Creek” was just a stepping stone for Williams, who went onto great movie rolls in “Brokeback Mountain”, “Blue Valentine”, and “My Week With Marilyn.” She was romantically involved with the late Heath Ledger and has a daughter Matilda from the relationship.

Jackson played Pacey Witter, a guy who had no trouble with the ladies. In the end, his long history with Joey became center stage. Following the series’ finale, Jackson joined another popular television show “Fringe.” Joshua has been in a serious relationship with actress Diane Kruger since 2006.

Smith was well known for playing the character Jack McPhee. The main plot of this character revolved around his homosexuality. He was the first male to kiss a man on U.S. television. Since the show ended, Smith has played small roles in “CSI: NY”, “Life Unexpected”, and “NCIS.” He was also the last person to be pranked on MTV’s “Punk’d.”

Monroe played Andie McPhee, the mentally unstable sister of Jack. Since the finale, she has played small roles in “Bones”, “Criminal Minds”, and “Hawaii 5-0.” She tries to stay out of the spotlight and concentrates on her marriage to Steven Kovovit.

Philipps played Audrey Liddell in the later seasons of “Dawson’s Creek.” She began as the college roommate of Joey, but managed to establish a relationship with other main characters. Philipps is probably best known for her role as Laura Keller on “Cougar Town.” She has also reunited with James Van Der Beek on “Don’t Trust The B In Apartment 23.” She married screenwriter Marc Silverstein and has two daughters.

Alexander played Gretchen Witter, Pacey’s sister. She eventually began a relationship with Dawson, but ended it because she was much older than him. She went on to play in “Mission Impossible 3” and “NCIS.” She now plays Dr. Maura Isles in “Rizzoli & Isles.”

Pitt played the quarterback at Capeside High School who went after Jen. Even though his character only lasted for one year, he went onto other roles in “Finding Forrester” and “Funny Games.” He can now be seen in HBO’s “Boardwalk Empire.”

Keena played Abby Morgan, a troublemaker that everyone hated. After the show, she played numerous parts in movies and television. She had a role in “Freddy Vs. Jason”, “Entourage”, and “Private Practice.” 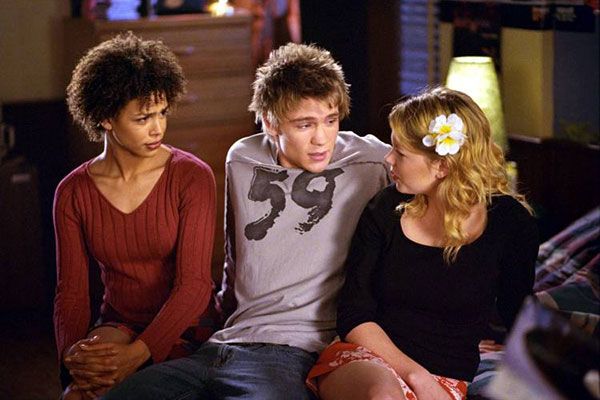