Cast Of “Go”: How Much Are They Worth Now?

The film Go was an experiment gone right. The achronological format and fast-paced dialogue captured the quirky nature of youth and even inspired a Simpson’s episode titled, “Trilogy of Error.” The film features many of Hollywood’s brightest at the beginnings of their respective careers, and a killer soundtrack including some iconic ‘90s classics. This list takes a look at some of the actors from the film, what they’ve been up to, and just how much they’re said to be worth now!

Estimated Net Worth: $25 Million. With modest beginnings back in the latter part of the ‘90s on Dawson’s Creek, who would have known Joey would blossom into a Hollywood A-lister, or marry and then divorce her childhood crush, Tom Cruise? But here we are, and Katie Holmes’ long list of credentials has earned her a pretty penny. The starlet has appeared in flicks like Go, Thank You for Smoking, Batman Begins, and The Giver. She’s also been in various television shows most notably, the Primetime Emmy Award winning series, The Kennedys, in which she depicted the real-life fashion icon and wife of a president, Jackie Kennedy, and the highly acclaimed series Ray Donovan. In 2016, it was announced that Holmes would reprise her role of Jacqueline Kennedy for the mini-series The Kennedys After Camelot, which is set for release later this year. Katie Holmes’ many projects have amassed her a fortune of an estimated $25 million! 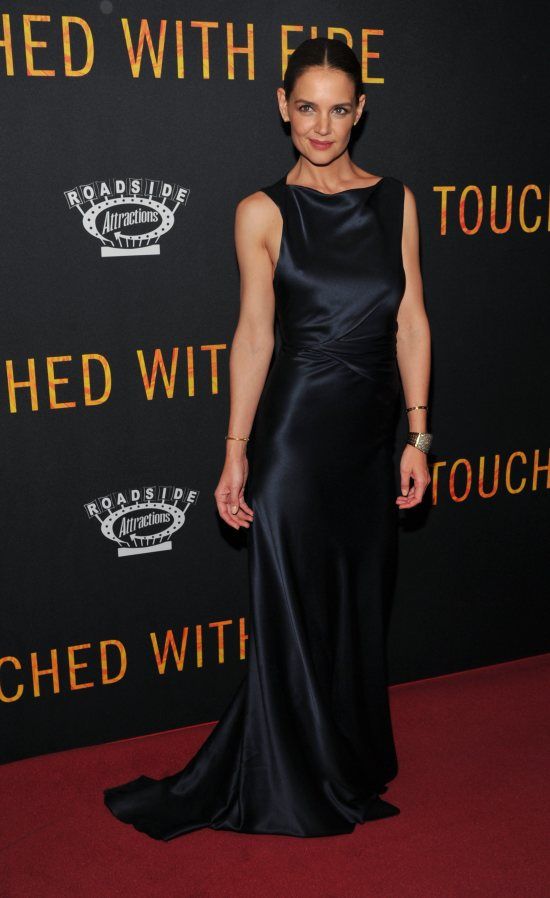 Estimated Net Worth: $2 Million. This Canadian starlet had humble beginnings on Canadian television series’ including the Primetime Emmy Award winning series Road to Avonlea. Once the show aired in the US, Polley was launched to stardom and appeared in Hollywood flicks like The Sweet Hereafter, Go, Dawn of the Dead, Mr. Nobody, and Beowulf & Grendel. In 2006, Polley made her directorial debut with Away from Her, which is based on Alice Munro’s short story “The Bear Came Over the Mountain.” The film earned Sarah a Genie Award and an Academy Award nomination. For the past couple of years, it seems that Polley has been busy raising her 2 daughters with second husband, David Sandomierski. Her various endeavors have earned her a comfortable bank account of an estimated $2 million! 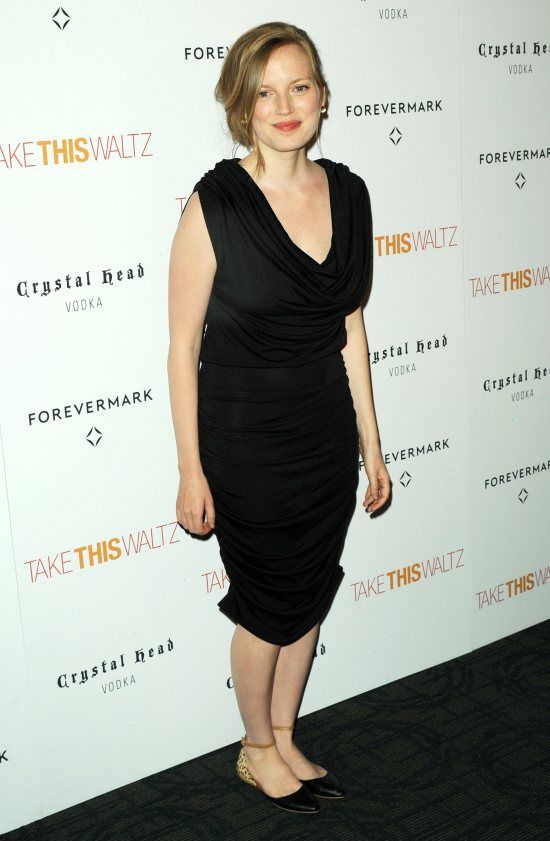 Estimated Net Worth: $10 Million. Scott Wolf is mostly known to fans as a television actor in series’ like Party of Five and Everwood, but his acting creds extend to the big screen as well. Scott has been in flicks like Go, White Squall, The Volunteer, and Meet My Valentine. He’s also appeared in The Nine, NCIS, Perception, and The Night Shift. He’s won several accolades for his role in the short Imagine including the Gwinnette Center International Film Festival Award for Best Actor. And while he has no upcoming projects in the works, his fortune is secure and he’s worth an estimated $10 million! 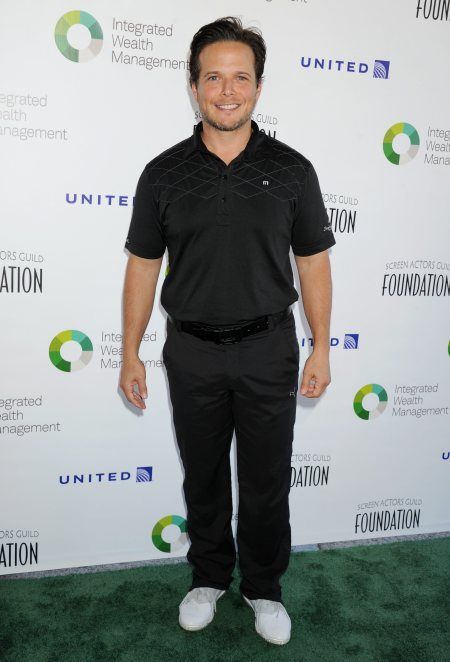 Estimated Net Worth: $5 Million. Jay Mohr is a man of many talents and in addition to his acting career, he is also a stand-up comedian, radio host, and podcaster. He got his start on Saturday Night Live, but he is best known for his roles on the television series Ghost Whisperer, and the CBS sitcom Gary Unmarried. Notable film roles include Go, Jerry Mcguire, Pay It Forward, and Street Kings. He currently hosts his own podcast, Mohr Stories, and a daily midday sports radio talk show on Fox Sports Radio. His various ventures have accumulated and earned him a respectable wealth of an estimated $5 million! 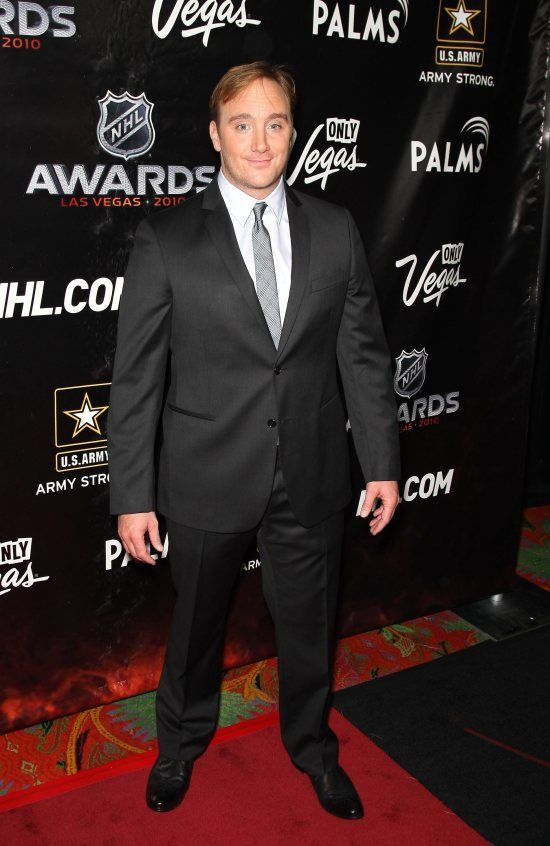 Estimated Net Worth: $10 Million. Timothy Olyphant is a great charismatic villain, and was cast as such in Scream 2, Go, A Man Apart, and The Girl Next Door. But he was able to deliver a more dynamic performance and rise to greater fame with the acclaimed western series Deadwood, and in the drama Justified, a role for which he’s received several award nominations for his outstanding performance. Other notable roles include parts in Die Hard 4.0, Hitman, and The Crazies. All of his acting gigs have paid off and he’s earned himself an estimated net worth of $10 million! 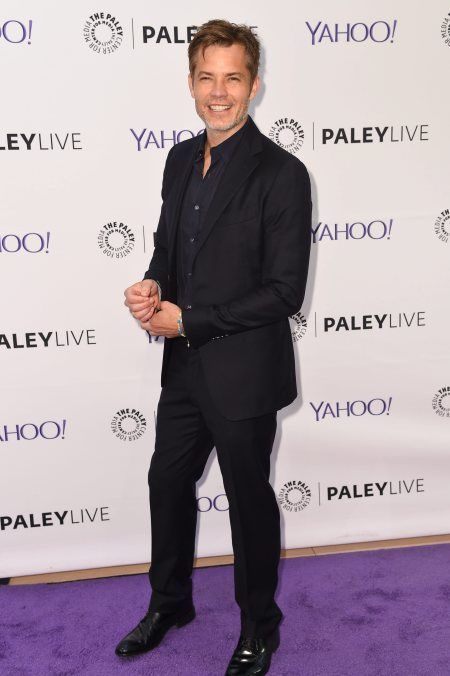 Estimated Net Worth: $8 Million. William Fichtner has a career that dates back to the latter part of the ‘80s when he began appearing in television shows like As the World Turns and Baywatch, but his career quickly blossomed and he made the transition to the big screen in 1994 with the film Quiz Show. He has since starred along side some Hollywood heavyweights in blockbusters like Armageddon, The Perfect Storm, Black Hawk Down, The Dark Knight, and Teenage Mutant Ninja Turtles. Within the last few years he’s also played in television series like Crossing Lines and made guest appearances in the highly acclaimed series Empire. This year we’ll be able to catch him in Last Days of Summer, Teenage Mutant Ninja Turtles: Out of the Shadows, Independence Day: Resurgence, and The Wizard. William Fichtner’s prolific career has earned him an estimated wealth of $8 million! 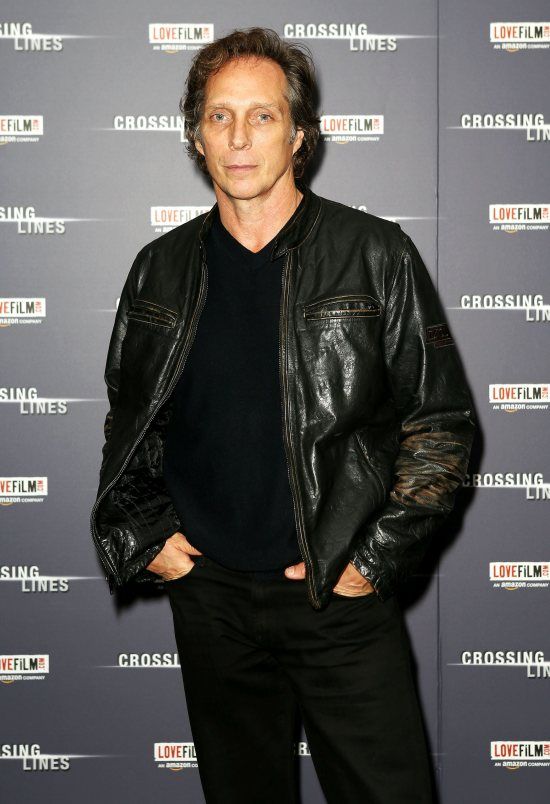 Estimated Net Worth: $20 Million. Melissa McCarthy is a household name these days but she made her film debut in Go back in 1999. From there, she rose to prominence on the television series Gilmore Girls, and the sitcom Samantha Who?, and she currently stars on series Mike & Molly, a role for which she’s earned a Primetime Emmy. Melissa McCarthy is known for her comedic performances in flicks like Bridesmaids, Spy, and The Heat. In 2015, McCarthy returned to her fashion designing roots and released her own clothing line with Sunrise Brands, called Seven7, for plus-size women. This year we’ll be able to catch her in Ghostbusters, which is currently in post-production, and the film The Boss, which she wrote the screenplay for. McCarthy’s endless talents have paid off huge and she’s earned an estimated fortune of $20 million! 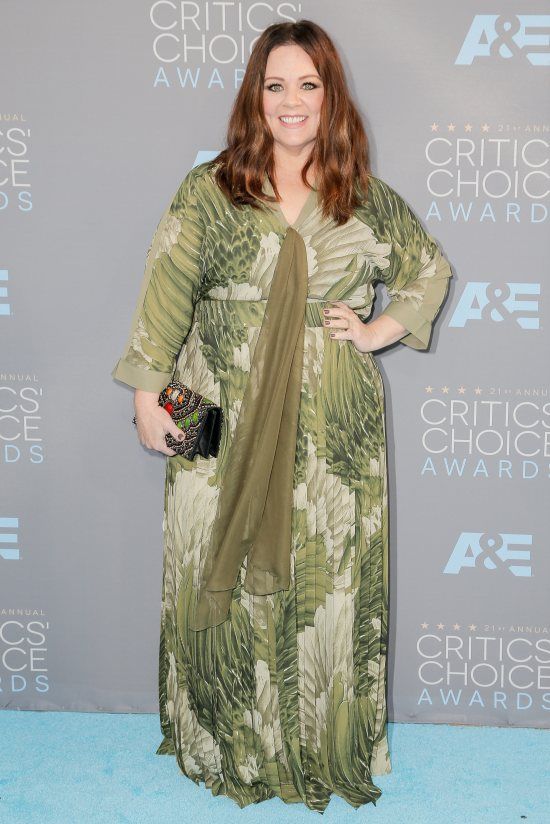 Estimated Net Worth: $12 Million. Jane Krakowski is a highly acclaimed actress of stage and screen and has been the recipient of a Tony Award, an Olivier Award, and been nominated for 5 Primetime Emmys and a Golden Globe. She’s best known to fans for her roles on the small screen in Ally McBeal, 30 Rock and Unbreakable Kimmy Schmidt. But she’s also lit up the big screen in Go, Alfie, and The Rocker. In 2015, it was announced that Krakowski would play the role of Ilona Ritter in Roundabout Theatre Company’s 2016 revival of She Loves Me. All of Jane’s acting creds have earned her a massive fortune of $12 million! 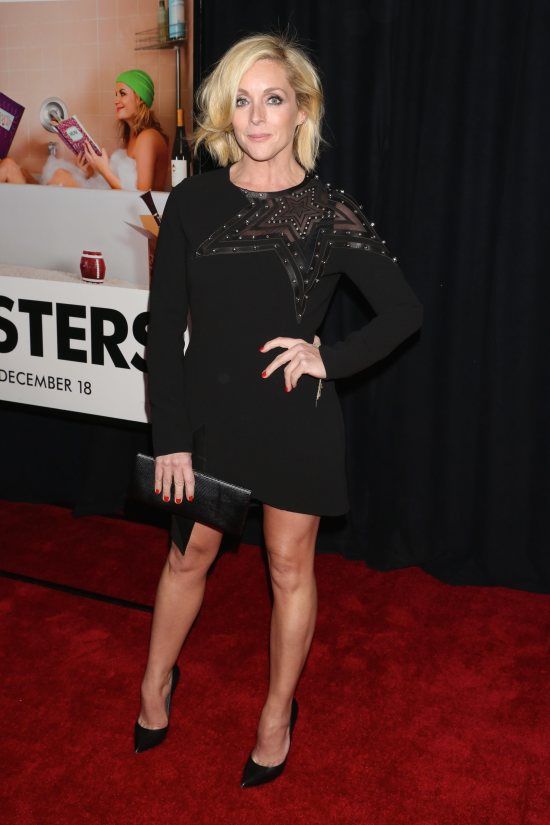 Estimated Net Worth: $16 Million. Taye Diggs is a multi-talented actor who has torn it up on stage and screen. His is best known for his roles in the Broadway musicals Rent and Hedgwig and the Angry Inch, the film How Stella Got Her Groove Back, and the television series Private Practice. He’s also appeared in The Good Wife, Murder in the First, and NCIS. Diggs also works as the co-artistic director of the dance company, Dre.dance, with fellow Broadway veteran, Andrew Palemero.  This year it’s been announced that Taye will play Harper in The Best Man Wedding. All of his various theatrical performances have earned him a hefty sum of approximately $16 million! 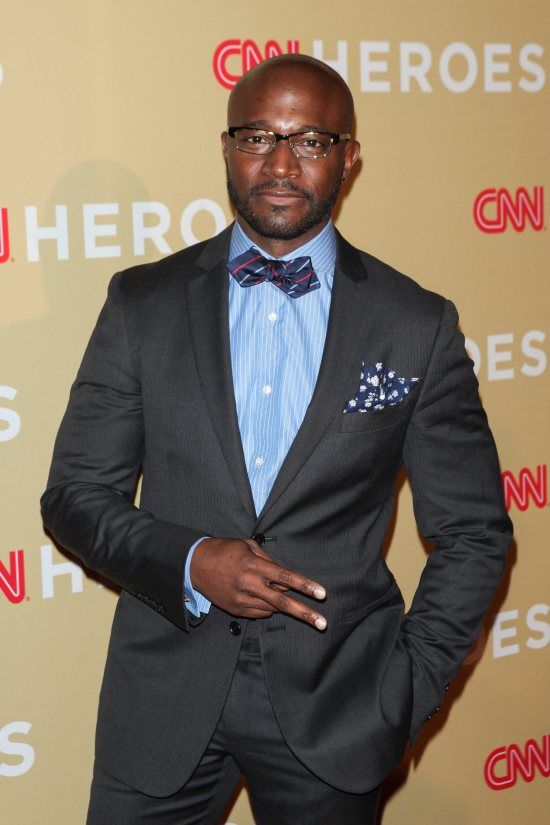 Estimated Net Worth: $400,000. Natasha Melnick may best be known as the anorexic girl in Go but she’s also appeared in The Parent Trap, Orange County, and Everything or Nothing. She’s lent her voice for the character of Ruth in Family Guy, and been in television series’ which have gained cult followings like Freaks and Geeks and Boston Public. Her short but awesome list of acting creds have earned her a modest fortune of $400,000! 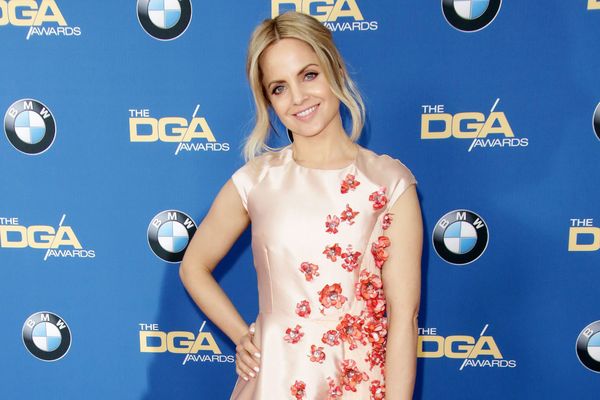 Cast of American Beauty: How Much Are They Worth Now?