Cast Of Magic Mike: How Much Are They Worth Now?

Upon Magic Mike hitting the big screen in 2012, it quickly became a sleeper hit and we already have a sequel and a live version in Vegas! Despite the obvious premise, the movie took fans and critics alike by surprise, resulting in earnings upwards of $167 million, all from just a $7 million budget for production. Thanks to its huge success it is now listed as the highest-grossing movie under the Dance genre, and the stars rode the wave of its popularity. Along with profits from the first, they now have the sequel under their belt, and their wallets are all just a little bigger because of it. Check out how much the cast of Magic Mike is worth now!

Estimated Net Worth: $25 Million. Some people don’t even realize that Olivia Munn was in Magic Mike, but she in fact did have a small role! Munn portrayed Mike’s (Channing Tatum) friend with benefits, Joanna. After beginning her career as a sportscaster for college football and women’s basketball, Munn transitioned into acting, where she has found success. She has had many side roles in both films and television and most recently appeared in The Newsroom, Ride Along 2 and Miles from Tomorrowland, and as Psylocke in the highly anticipated X-Men: Apocalypse. Even with only 36 acting credits to her name, Munn is worth an impressive $25 million.

Estimated Net Worth: $240 Million. Gabriel Iglesias is most well known as a prominent comedian which has helped him transition into acting roles. He has done voice acting on shows such as Family Guy and The Emperor’s New School, and then made it to the final eight of Last Comic Standing. After the success of his first comedy DVD, Comedy Central produced Gabriel Iglesias Presents Stand Up Revolution, and his comedy shows have become major draws in the circuit. Combining both his acting and comedy gigs, Iglesias has a net worth of $40 million which he quickly adds to with reports estimating he makes around $20 million per year.

Estimated Net Worth: $8 Million. Kevin Nash has been everything in his life from a solider to a basketball player to a wrestler, and now an actor, and given all of it, it is truly surprising he is not worth more! After playing professional basketball in Europe, he became a wrestler and has now had acting roles in The Longest Yard, John Wick, Rock of Ages and of course both Magic Mike movies. Nash still has a respectable net worth of $8 million, but it definitely seems like it should be more.

Estimated Net Worth: $16 Million. Adam Rodriguez was a prominent actor in many TV series including Brooklyn South and Roswell High before landing his big break as Eric Delko in CSI: Miami. He has since appeared in Ugly Betty, Reckless, Empire, Criminal Minds and Jane the Virgin and of course Magic Mike and Magic Mike XXL as Tito. His consistent work, plus work in prominent films and series has led Rodriguez to an estimated net worth of $14 million.

Estimated Net Worth: $9 Million. After moving to New York City to pursue acting following his time in university, Bomer had lots of luck in the industry. The year he moved out he got a role in All My Children and then Guiding Light and Tru Calling. He has had consistent roles which have included parts on Chuck, The Normal Heart, White Collar and American Horror Story. Bomer’s film roles include In Time and A New York Winter’s Tale as well as in Magic Mike and Magic Mike XXL as Ken. He now has a net worth of $9 million, thanks mostly to Magic Mike‘s success and the $185 thousand per episode he was receiving on White Collar from 2009-2014.

Estimated Net Worth: $20 Million. Unsurprisingly, Joe Manganiello was a sports star in his school years, and it was assumed he would pursue a career in professional sports. Unfortunately numerous injuries stopped that dream and he instead applied to the Carnegie Mellon School of Drama. He landed his first role in 1999, and then in 2002 appeared as the bully Flash Thompson in Spider-Man. He is now most well known for his guest starring role on One Tree Hill and of course his starring role in True Blood. His most prominent film roles include both Magic Mike films, What to Expect When You’re Expecting and Sabotage. His acting roles as well as his successful fitness book have accumulated $20 million for the star.

Estimated Net Worth: $3 Million. Cody Horn was perhaps the least prolific star cast in Magic Mike in the lead female role as Brooke. She only has 12 acting credits to her name with her first role happening in 2010 and has appeared in The Office, Rescue Me and White Collar, as well as films such as Occupant, Magic Mike, End of Watch and Burning Bodhi. Incredibly she has still amassed a net worth of $3 million, which is undoubtedly thanks to Magic Mike‘s unexpected success.

Estimated Net Worth: $3.5 Million. Somehow Alex Pettyfer launched onto the Hollywood scene with leading roles right out of the gate. After one TV movie, Pettyfer starred in the film Alex Rider: Stormbreaker and this led to lead roles in several films including I Am Number Four, Beastly and Magic Mike. In recent years, Pettyfer has developed somewhat of a bad reputation leading to him being left out of the Magic Mike sequel, and while he only has 11 acting credits to his name, he does have a net worth of $3.5 million.

Estimated Net Worth: $140 Million. Matthew McConaughey was without a doubt the most pleasant surprise about Magic Mike. He rocked the role of Dallas, but then again McConaughey rocks every role hence an absolutely whopping net worth of $140 million. With one Oscar under his belt, numerous other accolades, endorsement deals and many, many leading roles in blockbuster films, it isn’t surprising McConaughey is worth so much, and with many projects in the works right now, that number will only increase.

Estimated Net Worth: $80 Million. Channing Tatum only began acting less than 20 years ago and, while that seems like quite some time, many actors in the industry for that amount of time do not come close to Tatum’s incredible estimated net worth of $80 million. After appearing in one episode of CSI: Miami, his career took off with lead roles in Coach Carter, She’s the Man and Step Up. After solidifying himself as one of the hottest and most well-liked celebrities in the business, the roles just kept piling up for Tatum, who now has many acting credits to his name, including of course Magic Mike which was loosely based on Tatum’s life as a stripper before making it big in Hollywood. 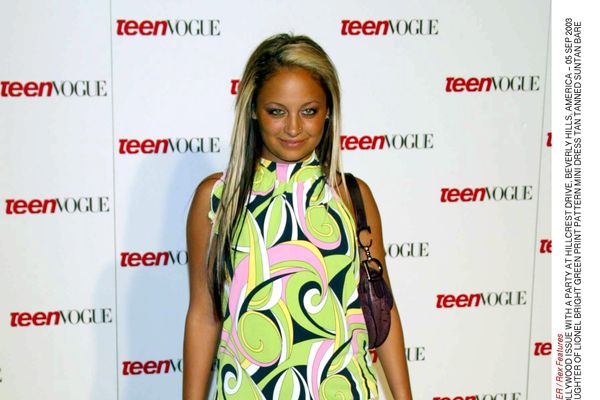