Cast Of ‘Suits’: How Much Are They Worth?

The popular television series Suits is returning for season seven and has been making ripples for its huge success and growing fan base. This drama series is unlike any other legal show on television right now which has contributed to its large success, but it’s also as a result of the amazing cast. Characters like Donna and Louis Litt have impressed viewers with their show-stopping performances and heartthrobs like Mike Ross and Harvey Specter have us continuously coming back for more. This list takes a look at how much our favorite actors from the hit series are worth today.

Estimated Net Worth: $5 Million. Meghan Markle is best known for her role as the beautiful and intelligent Rachel Zane on Suits. Her other notable roles include films like Horrible Bosses, Remember Me, Get Him to the Greek and A Lot Like Love. She got her big break through daytime television appearing on the soap opera General Hospital. She then moved onto appearances in television series like CSI: Miami, Without a Trace, Castle, The War at Home, 90210, Knight Deceit and Fringe. She was a model on Deal or No Deal, but quit the show not long after starting. Her only recurring television role has been on Suits. She’s doing pretty well for herself and not just financially — she is currently dating Prince Harry!

Estimated Net Worth: $1.5 million. David Costabile has had plenty of starring roles on television series like The Wire, Flight of the Conchords, Damages, Breaking Bad, and more recently as Daniel Hardman in Suits. He has made appearances in shows like House, The Office, The Good Wife, The Closer, Franklin & Bash and Blacklist. His film roles include, Solitary Man, The Bounty Hunter, Lincoln, Side Effects, and Runner Runner. He’s currently starring in the television series Billions and has a main role in the film 13 Hours: The Secret Soldiers of Benghazi. All of these roles and big film projects have accumulated Costabile’s net worth to $1.5 million!

Estimated Net Worth: $5 Million. Sarah Rafferty, who plays the famous Donna Paulsen on Suits, is doing quite well for herself with a reported net worth of $5 million. She has had numerous appearances in television series like Bones, Numb3rs, Law & Order: Criminal Intent, Samantha Who?, 8 Simple Rules, Charmed, The Practice, Without a Trace, CSI: Miami and The District (plus many more). She’s also had some film roles, but not many. Her most notable were in Four Single Fathers and Falling For Grace. She reportedly makes $300,000 a year for her role on Suits, which is probably why she is worth so much now!

Estimated Net Worth: $1 million. Rick Hoffman is an American actor who began his career back in the ‘9os with a small role in the film, Conspiracy Theory. After appearing in some more small roles here and there, he finally got his breakout role in The $treet in 2000. Since then, he’s had steady work and been able to move back to New York with more notable roles like in the television series Philly, The Bernie Mac Show, Knight Rider, CSI: NY, Samantha Who?, The Mentalist, CSI: Miami, The Practice, and across John Stamos in Jake in Progress. He’s had many, many more guest appearances in television series as well. His film roles include The Day After Tomorrow, Blood Work, Hostel, Hostel: Part II, Cellular, and The Condemned. Rick Hoffman is now widely recognized for his role as Louis Litt on Suits which has brought him huge success and made him a fan favorite on the show. All of these jobs and his current role on Suits have gained him an estimated net worth of $1 million.

Estimated Net Worth: $5 million. Gina Torres is a well known actress who is married to fellow American actor Laurence Fishburne. She’s appeared in numerous films like The Matrix Reloaded, The Matrix Revolutions, Serenity, Bed of Roses and Substance of Fire. She’s also had numerous guest starring and recurring roles on television series since 1992. Some of her notable roles have been on shows like 24, NYPD Blue, Law & Order, Alias, One Life To Live, Hercules: The Legendary Journeys, Angel, Firefly, Standoff, Transformers: Prime, Gossip Girl, FlashForward and Hannibal. However, her longest-standing role on a hit television series has been as Jessica Pearson on Suits which undoubtedly contributed enormously to her estimated net worth. In 2016, she left Suits and joined the cast of The Catch, but that show has since been cancelled. Torres is still doing well though — she’s worth a reported $5 million!

Estimated Net Worth: $10 million. This Toronto native actor/photographer landed the co-lead role as Mike Ross in Suits back in 2011 when the series premiered and it has been the biggest advancement in his career thus far. Before Suits, Patrick had guest appearances in series like NCIS, Friday Night Lights, Heartland, Ghost Whisperer, Pretty Little Liars, Without a Trace, and Lost. He had a starring role as twin brothers in the ABC TV movie Good Behavior. He had a role in the HBO series Luck, which ran for 10 episodes and had a supporting role in the hit comedy, Old School. He’s starred in a few indie films like The Waterhole, Weather Girl and 6 Month Rule. Taking all of this into consideration, he’s reportedly worth an estimated $10.

Estimated Net Worth: $8 million. Gabriel Macht got his first big role when he was only 8 years old in the film Why Would I Lie? for which he received multiple acting nominations. He took a brief hiatus to finish school, with one role in an episode of Beverly Hills, 90210 before taking another break to finish college. But since then his acting career has flourished with multiple roles on television programs like Sex and the City, Wasteland, The Others, Numb3rs, and numerous films. His most notable film roles are in Love & Other Drugs, Because I Said So, The Good Shepard, The Recruit, American Outlaws, Bad Company, Middle Men, Behind Enemy Lines, The Spirit, and Whiteout. His longest-standing lead role has been in the television series Suits, where he also sits as a producer for the show which has contributed greatly to his estimated net worth of $8 million. 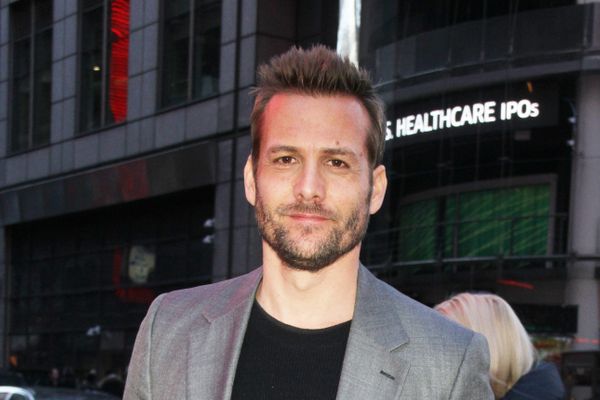