The Brady Bunch is without a doubt one of the most iconic fictional families in TV history. The series has become a pop culture staple, and it is rather surprising that it only ran for five seasons from 1969 to 1974. Along with the series were a couple of theatrical films as well as made-for-TV films as fans continued to follow the exploits of the hilarious and wholesome Brady family. Although they were replaced for the theatrical film, the stars of The Brady Bunch series will always be the original Brady family. Check out how much they are worth now!

Estimated Net Worth: $5 Million. Robert Reed was one of the most popular TV actors of his generation before he sadly passed away in May of 1992 at the age of 59 after a battle with colon cancer. At the time of his death, Reed had an estimated net worth of $5 million thanks to his roles in The Defenders, Mannix, Nurse, and of course as Mike Brady in The Brady Bunch.

Estimated Net Worth: $1.5 Million. Mike Lookinland began his career at a very young age and had racked up quite a few commercials before he landed the life-changing role of Bobby Brady when he was only 8 years old. He went on to appear in the spinoff series The Brady Kids, The Brady Bunch Variety Hour, and The Bradys. After 1995, Lookalind’s career came to a halt, and his two other credits include a cameo in the 2000 TV movie Growing Up Brady, and another cameo in the 2003 film Dickie Roberts: Former Child Star. Thanks to his career as Bobby Brady, Lookalind still has an estimated net worth of $1.5 million.

Estimated Net Worth: $15 Million. Christopher Knight also began his entertainment career at a young age and quickly had roles in commercials for big brands such as Toyota, Tide, and Cheerios. He then got small roles in shows such as Mannix and Gunsmoke before landing the role of Peter Brady, and also reprised his role in the follow-up series. While Knight continued to act and appeared in several shows and films, he ended up taking a step away from the industry to go into business, and became involved in a television software company, and ended up founding his own TV tuner company. Thanks to both his acting and business pursuits, Knight now has an incredible net worth of $15 million.

Estimated Net Worth: $2 Million. Susan Olsen began acting at a young age and had already appeared in Ironside and Julia before landing the role of Cindy Brady at only 7 years old. Aside from The Brady Bunch, she appeared in different series and eventually ventured away from the industry to become a successful graphic design artist, and also did a stint as a radio talk show host. Through both of her careers, she has made a respectable estimated net worth of $2 million.

Estimated Net Worth: $5 Million. After starring in commercials at a young age, Eve Plumb moved into acting with roles in shows such as The Big Valley, The Virginian, Lassie, Gunsmoke, and Family Affair. In 1968 she landed the lead role of Jan Brady in The Brady Bunch. She also reprised the role in several of the spinoff series and has had one of the most successful acting careers away from the series when compared to her co-stars. She went on to appear in many other series and TV movies including Little Women, The Love Boat, Wonder Woman, All My Children, and 2016’s Grease! Live. She also made considerable money from selling her Malibu property for $3.9 million in 2016 after originally purchasing it for $55,000 when she was only 11 years old.

Estimated Net Worth: $4 Million. Maureen McCormick got her start in the industry as a child model, winning a beauty pageant at only 6 years old. She began getting commercial work and landed big brands such as Barbie and Chatty Cathy and even became the voice of the Chatty Cathy Doll line. She turned to acting and quickly racked up roles in shows such as Bewtiched, I Dream of Jeannie and Honey West, but got her breakout role when she was cast as Marcia Brady for The Brady Bunch. After the series ended, McCormick’s career faltered as she fell into drug use and a battle with an eating disorder. Luckily, she was able to get clean and get treatment and made a comeback on TV and in reality TV with stints on I’m a Celebrity…Get Me Out of Here! and Dancing With the Stars, and wrote a bestselling autobiography. She now has an estimated net worth of $4 million.

Estimated Net Worth: $2 Million. Barry Williams decided he wanted to be an actor at a young age and landed small parts in shows such as Dragnet 1967, Run for Your Life, and Mod Squad. In 1968 he was cast as the oldest Brady sibling, Greg Brady, in The Brady Bunch. After all of the Brady Bunch series came to an end, Williams turned to theatre, and eventually went back to TV, appearing in Hollywood 7, Mega Piranha and shows such as According to Jim and That ’70s Show, and also appeared on the reality TV series Celebrity Wife Swap. Now, Williams has an estimated net worth of $2 million.

Estimated Net Worth: $1 Million. The late Ann B. Davis was best known for playing the hilarious housekeeper Alice Nelson on The Brady Bunch. At the time of her death in 2014 at the age of 88, Davis had an estimated net worth of $1 million.

Estimated Net Worth: $10 Million. Florence Henderson began her career in acting with theatre productions including Broadway and also did commercial work. She then furthered her resume by landing the position of host and weather person on The Today Show, and finally got cast as Carol Brady in her big breakout role. Following the end of the series, she continued on with many parts on TV and in films and also became a regular on celebrity game shows such as Hollywood Squares. Henderson also had her own cooking show for a time and became a certified hypnotherapist. At the time of her death in 2016, she had a net worth of $10 million. 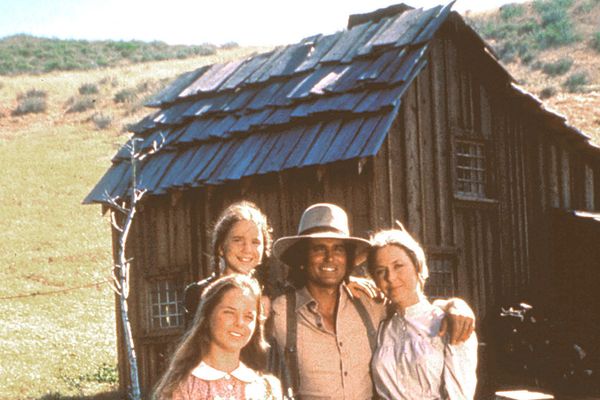