The Good Wife has been on the air for 7 seasons and unfortunately recently announced the current season will be its last. Over its reign on-screen we’ve seen a lot of characters come and go, but what has remained is the incredibly intelligent storylines and dramatic tales behind the scenes of law and politics. The cast of the show is well seasoned with a ton of veteran actors who have been in the industry for quite some time. In honor of the last season, we’ve decided to take a look at how much the cast (even those who have come and gone) are worth:

Estimated Net Worth: $1 million. Makenzie Vega is definitely one of the youngest actresses on The Good Wife and as a result doesn’t have as much experience as the rest of her co-stars. Makenzie’s first role was in the TV movie, Dr. Quinn Medicine Woman: The Movie in 1999, but her big debut was in The Family Man. She had a starring role on the show The Geena Davis Show and starred in films like Just My Luck, X-Men: The Last Stand, Chestnut: Hero of Central Park, Saw, Made, Land of Women and Sin City. She’s made appearances on series like Ghost Whisperer and ER, but today she’s best known as Grace Florrick in The Good Wife. Her net worth sits around $1 million, but she’s only 22-years-old so it’s sure to get much bigger in the future! 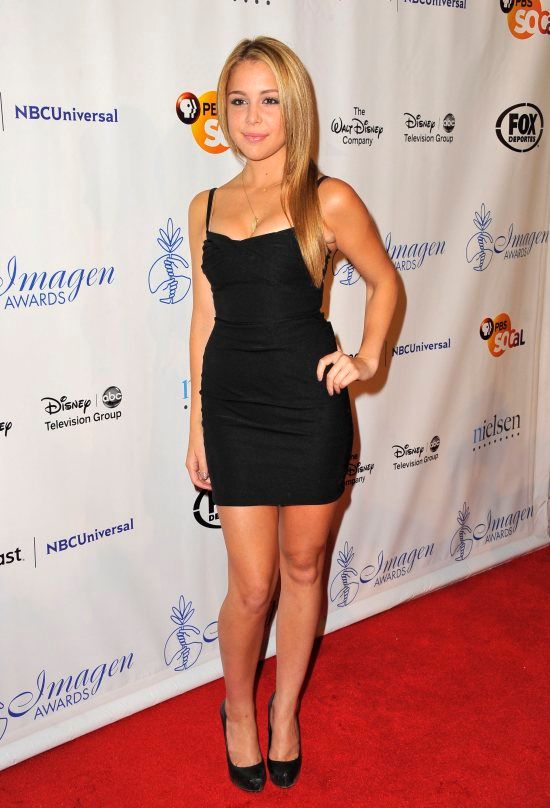 Estimated Net Worth: $3 million. Matthew Goode is an English actor and composer who has made quite a career for himself appearing in well known movies like Watchmen, Match Point, Leap Year, Stoker, Burning Man, The Imitation Game and A Single Man. He also starred in the 2008 version of Brideshead Revisited, and Chasing Libery. He composed the music for the short film Creep and has appeared in numerous series like Inspector Lynley Mysteries, Dancing on the Edge, Death Comes to Pemberley, Downton Abbey and Birdsong. Matthew Goode no longer appears on the The Good Wife, but he was a series regular for one season. Today his film work and reoccurring roles on television have earned him an estimated net worth of $3 million. 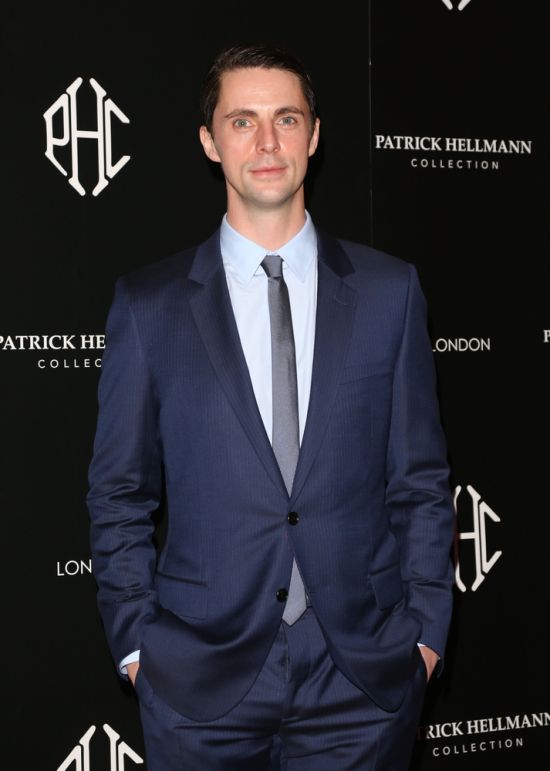 Estimated Net Worth: $5 million. Alan Cumming is a well seasoned actor who’s career started back in the ’80s when he began doing on-camera and on stage productions. He’s began on stage with a role in Conquest of the South Pole and Accidental Death of an Anarchist, since then he’s been in numerous Broadway productions like Hamlet, Cabaret and Macbeth. He won a Tony Award for his performance in Cabaret and today co-stars on The Good Wife. Alan has been in numerous films since the early ’90s, his most notable have been Spy Kids, X2: X-Men United, The Tempest, Burlesque, Any Day Now, Spice World, Titus, Annie, Emma and The Anniversary Party. He’s also worked as a producer, writer and director on many films. In terms of television, he’s had reoccurring roles on Shadow of the Stone, High Road, The High Life, God, the Devil and Bob, Shoebox Zoo, The L Word, Tin Man and Web Therapy. All of Alan’s numerous jobs have amassed him a small fortune of $5 million. 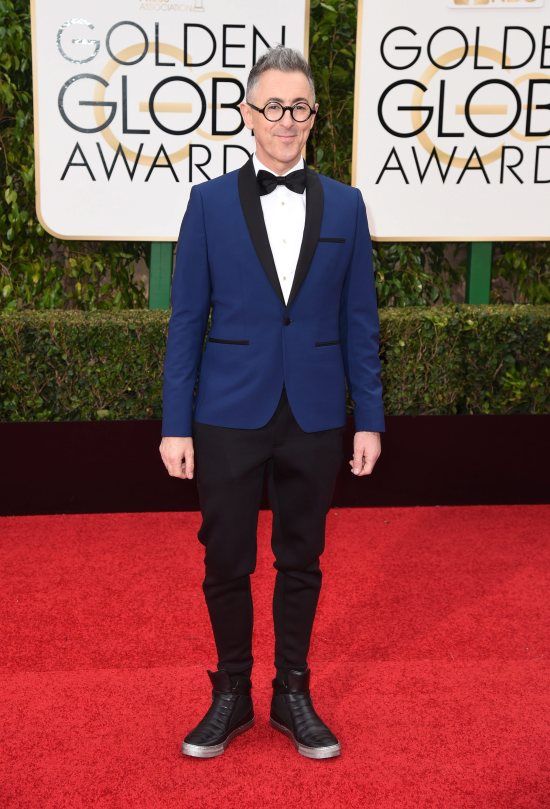 Estimated Net Worth: $3 million. Josh began his career in the original film Hairspray in 1988 and has been working steadily ever since. One of his biggest roles in his career has been co-starring alongside Ethan Hawke in the Oscar-winning Dead Poets Society. Since then he’s been in numerous films like: Crossing the Bridge, Threesome, The Grave, Muppets from Space, S.W.A.T., Four Brothers, The Ex, Bird People, and I Smile Back. Josh has had reoccurring roles on the series Six Degrees, In Treatment, Masters of Sex and Wet Hot American Summer: First Day of Camp. However, his most recognizable (and longest) television roles have been on The Good Wife and Sports Night which have lead to the majority of his estimated net worth of $3 million. 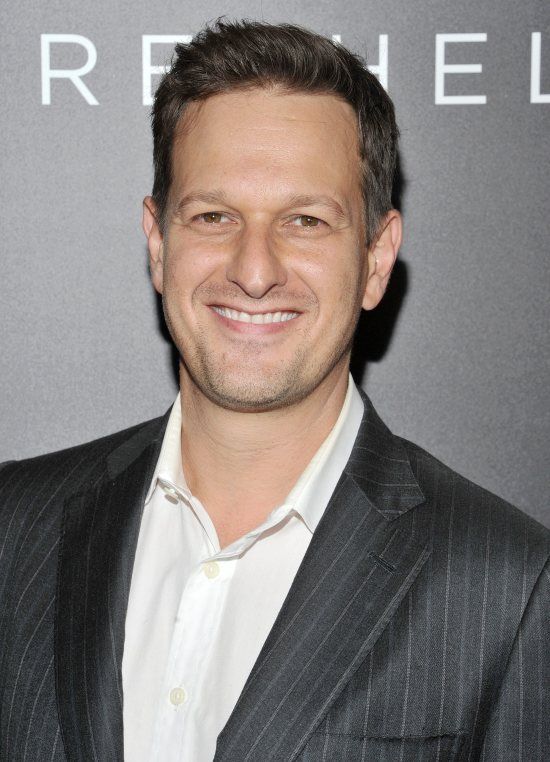 Estimated Net Worth: $3 million. This British actress began her career on BBC television in a comedy film called East is East. She soon moved onto bigger and better things with a role in the Oscar-winning film The Contest Gardener and has since done many other films. Her most notable have been: Bend it Like Beckham, Yasmin, A Mighty Heart, The Infidel, and San Andreas. Her television career is just as extensive with reoccurring roles in Brand Spanking New Show, White Teeth, Grease Monkeys, Sea of Souls, Postman Pat (voice role), The Fall and Shetland. She’s appeared in many series and television movies like The Thin Blue Line, The Canterbury Tales, The Widower and Brooklyn Nine-Nine. She is no longer on The Good Wife but will be appearing in a main role on an upcoming series called The Jury. Archie’s continuous work has lead her to an estimated net worth of $3 million. 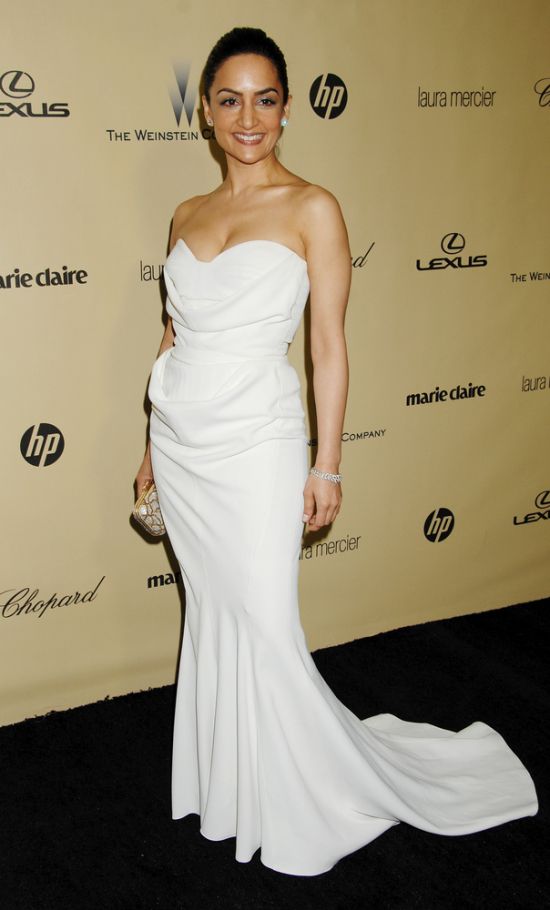 Estimated Net Worth: $3 million. Matt Czuchry’s professional acting career began in the early 2000s when he appeared in an episode of Freaks and Geeks. His first ‘real’ role was on the show Young Americans and later a reoccurring role on Hack and Gilmore Girls. He’s done a few movies, like Eight Legged Freaks, A Midsummer Night’s Rave, and the short film Hooked. He’s also appeared in The Practice, 7th Heaven, Jake 2.0, Veronica Mars, and a few episodes of Friday Night Lights. His biggest career advancing role has been as Cary Agos on The Good Wife which has most likely contributed the most to his overall net worth of $3 million. 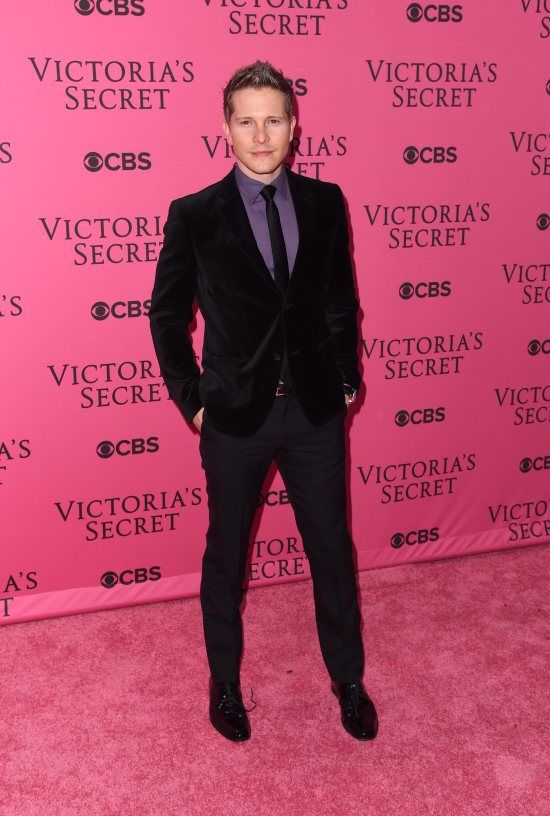 Estimated Net Worth: $14 million. Christine Baranski’s career spans from on-screen television roles to films and more notably stage productions. She was honored with Tony Awards for her roles on the Broadway productions, The Real Thing and Rumors. She’s also won an Emmy for her performance in the sitcom Cybill. Baranski has been appearing in films since the early ’80s with some big feature films under her belt like, The Birdcage, Cruel Intentions, Dr. Seuss’ How the Grinch Stole Christmas, Mamma Mia!, The Bounty Hunter and Into the Woods. She’s also made a lot of television movies and had reoccurring roles on shows like Welcome to New York, Happy Family, Ugly Betty and The Big Bang Theory. Her longest and most recent role has been as a main character on The Good Wife for the past 7 seasons. Christine’s long and lustrous career has earned her an estimated net worth of $14 million. 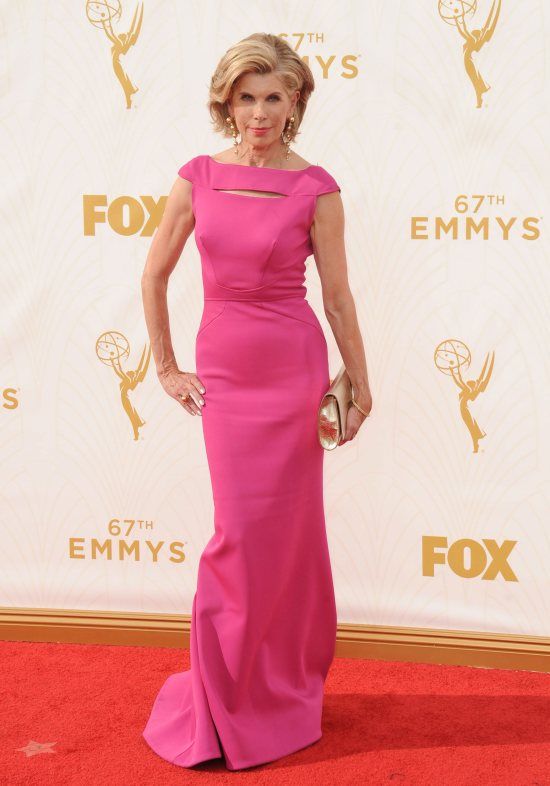 Estimated Net Worth: $15.5 million. Chris Noth’s biggest money-maker has been his role as Detective Mike Logan on the series Law & Order and Law & Order: Criminal Intent. He’s also extremely well known for playing the role of Big on Sex and the City, in the television series and movies. Today, he stars on The Good Wife. Chris’s career started a long time ago in the early ’80s with small parts in films like Smithereens and Baby Boom, but since then he’s done numerous films and television movies. His most notable roles have been in: Cast Away, The Glass House, Tooth Fairy, The Perfect Man, Justice League: Crisis on Two Earths, Lovelace, and After the Ball. Contributing to his overall worth, Chris and his wife, Tara Wilson own a restaurant franchise called Once Upon a Tea Cup with branches in Windsor and London, Ontario. He also co-owned a semi-private club, The Plumm. Chris has made most of his earnings from his long running roles on Law & Order, Sex and the City and The Good Wife, as a result his estimated net worth is now around $15.5 million. 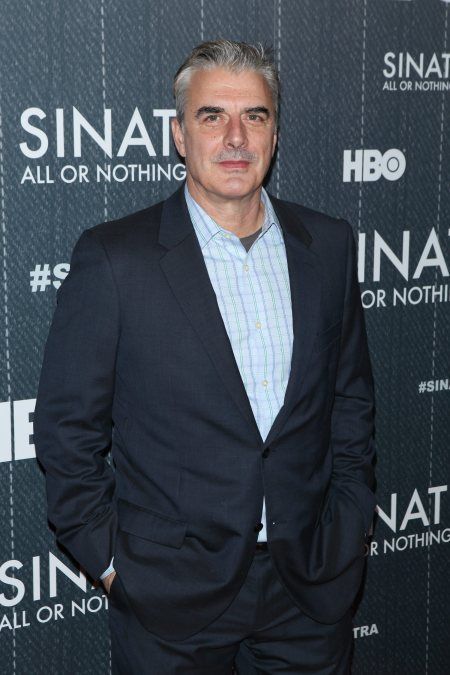 Estimated Net Worth: $65 million. Michael J. Fox is best known for his starring role in Back to the Future films and his various television roles. This Canadian-American actor, producer, author and activist started his career on Canadian television on the series, Leo and Me. He also starred in Family Ties on NBC and won three Emmy awards and a Golden Globe for his role as Marty McFly on the Back to the Future trilogy. His next television role was as Mike Flaherty from Spin City. After being diagnosed with Parkinson’s disease he has semi-retired from the business because of his worsened conditions. He began doing a lot of voice over work for animated films like Stuart Little and focuses more on cameo appearances rather than roles in shows like Boston Legal, Curb Your Enthusiasm and Scrubs. He’s written three books, and is extremely active with Parkinson’s Research to find a cure. Today, this well known actor is worth approximately $65 million! 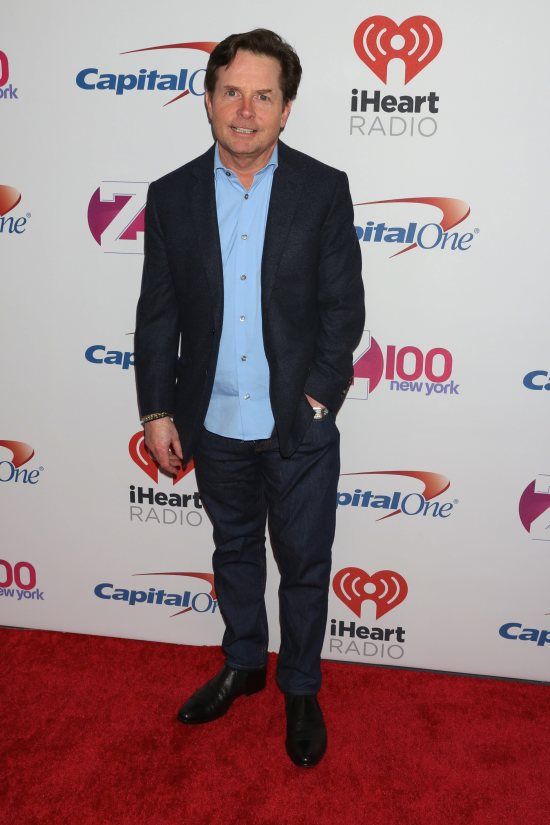 Estimated Net Worth: $22 million. She started her professional acting career in 1991 when she appeared in the film Out For Justice. She then focused on television for appearances in Murder, She Wrote, Law & Order and Homicide: Life on the Street, but she didn’t get too many big gigs until she landed the job as Nurse Carol Hathaway on ER for which she won an Emmy Award for Best Supporting Actress. After six years on ER, Julianna didn’t have any other long-term lead roles until The Good Wife came along, where she makes approximately $180 thousand per episode! She did do a lot of film roles like Evelyn, Snakes on a Plane and Ghost Ship. She’s been in a lot of theater productions like Intrigue With Faye and appeared on television series like Scrubs, The Grid, The Sopranos, and Canterbury’s Law. Julianna’s biggest roles have been on ER and The Good Wife, which have graced her with an enormous net worth of $22 million. 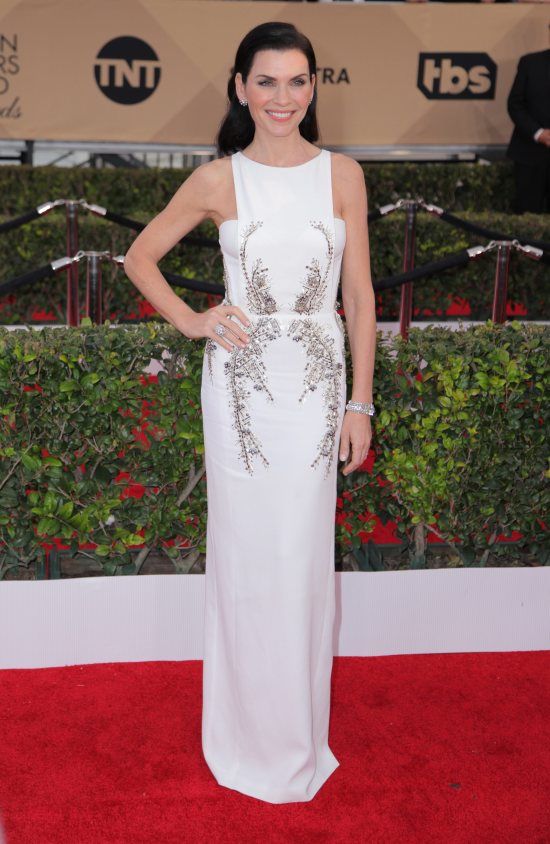