Cast Of The West Wing: How Much Are They Worth Now?

The West Wing is one of those iconic shows that was groundbreaking not only as one of the first political dramas, but was also so well done that it received widespread critical acclaim. The series ran for seven seasons from 1999 to 2006 and won three Golden Globe Awards, 26 Emmy Awards and goes down in history as one of the greatest television dramas ever made. Set primarily in the West Wing of the White House, The West Wing followed the lives of the president and his senior staff and received a lot of praise for its accuracy and realism which is one of the reasons it became so popular. Behind every successful show is an amazing cast, and it’s been a decade since the show ended! Let’s take a look at where the main cast of The West Wing is now and how much they are worth!

Estimated Net Worth: $30 million. This actor has an extensive resume that spans many films and television roles. On the small screen he’s participated in a lot of television films and taken on short roles on series like The Lyon’s Den, Beach Girls, Dr. Vegas, Californication, Moonbeam City, You, Me and the Apocalypse and The Lion Guard. His more notable roles were in series like The Grinder, Parks and Recreation, Brothers & Sisters and The West Wing as Sam Seaborn. He’s arguably more active in film with his most recognized roles being in projects like Square Dance, Oxford Blues, Wayne’s World, Tommy Boy, Thank You For Smoking, Sex Tape, Austin Powers in Goldmember, About Last Night…, The Outsiders and St. Elmo’s Fire. He’s got one of the higher net worth’s on this list with an estimated $30 million! 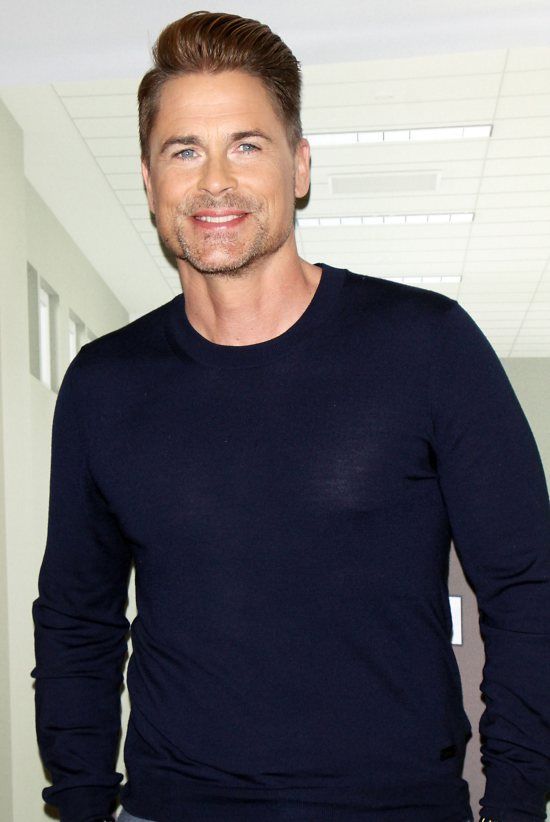 Estimated Net Worth: $5 million. To this day, Stockard Channing is most likely still best recognized as Betty Rizzo in the ever popular Grease film. But she’s also had other notable roles like as First Lady Abbey Bartlet on The West Wing and the film and stage version of Six Degrees of Separation. She’s a critically acclaimed actress with 2 Emmy Awards and a Tony Award win. Some of her most notable film roles in Smoke, The First Wives Club, Moll Flanders, Up Close & Personal, The Fortune and The Business of Strangers. She’s also critically acclaimed for a number of her notable television roles on series like Echoes in the Darkness, Road to Avonlea, The Baby Dance, The West Wing, The Matthew Shepard Story, Jack and Out of Practice. Stockard also does a lot of work in theater and is currently worth an estimated $5 million! 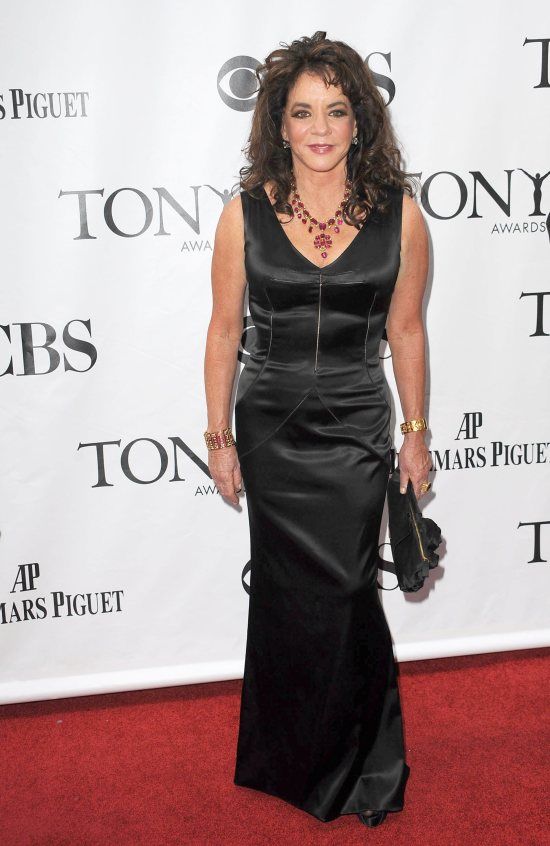 Estimated Net Worth: $3.5 million. This Emmy nominated American actor and professional tap dancer, has held two notable television roles. He played the character of Charlie Young on The West Wing from 1999 to 2006 and then moved onto the series Psych as a producer and into a co-starring role as Burton “Gus” Gustor. Hill held this role from 2006 to 2014. He had minor roles in the feature films, Holes and She’s All That, as well as co-starring roles in the films, Gravy, Remarkable Power and Whisper. In addition to his acting, he serves as a member of the Screen Actors Guild Hollywood Board of Directors! Dule Hill is estimated to be worth about $3.5 million. 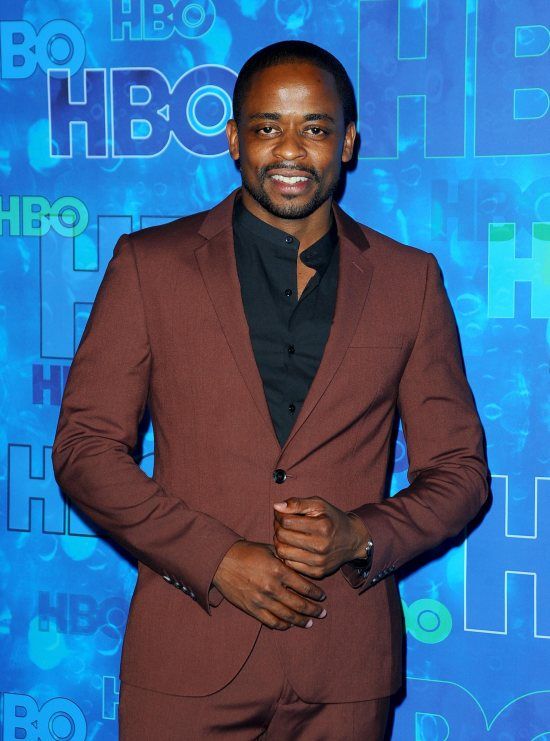 Estimated Net Worth: $5 million. Richard Schiff is an extremely well recognized actor in Hollywood. He’s held many notable roles throughout his career and appeared in over 40 films! His most critically acclaimed role was as Toby Ziegler on The West Wing for 7 seasons. Outside of this role, he’s also held small roles on shows like Wet Hot American Summer: First Day of Camp, Murder in the First, Manhattan, The Affair, Rogue, Ballers and House of Lies. He’s also done numerous one episode appearances on many other popular shows. When it comes to films, he doesn’t have many starring or lead roles, but Schiff has played small roles in huge feature films like Man of Steel, Entourage, The Gambler, Civic Duty, Deep Impact, I Am Sam, Ray, The Trigger Effect, Se7en and Malcolm X — just to name a few. Richard Schiff is estimated to be worth a small, but mighty $5 million! 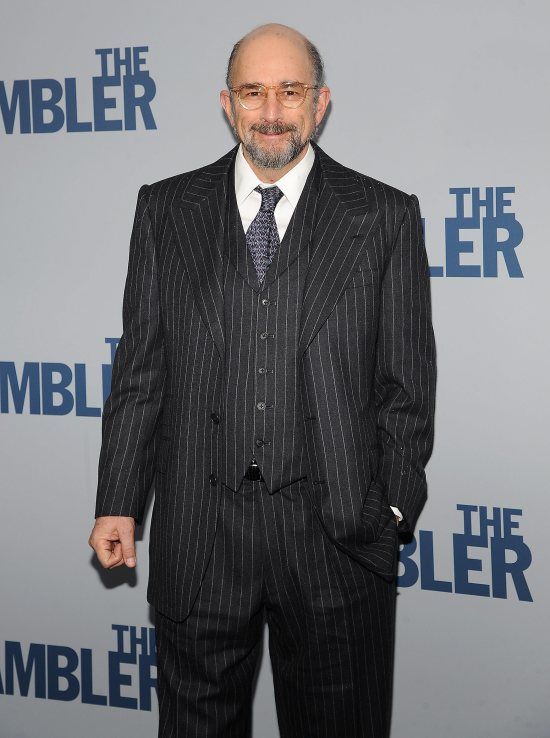 Estimated Net Worth: Unknown. Best known as the quirky Margaret Hooper on The West Wing, this actress and stand-up comedian started her television career on Seinfeld as a waitress at Monk’s Cafe. She doesn’t have very many credits on her resume and none more substantial than her long tenure with The West Wing, but she’s done a few appearances on popular shows like Friends, Veronica’s Closet, All My Children, Like Family, What I Like About You, and Maybe It’s Me. When it comes to film, he resume is just as short with a few small roles in projects like Underclassman, Dragon Wars: D-War and The Women. It’s not surprising that her net worth is unknown considering she’s had no leading or starring roles and merely played minor characters or done one episode appearances. She’s probably worth around $500,000. 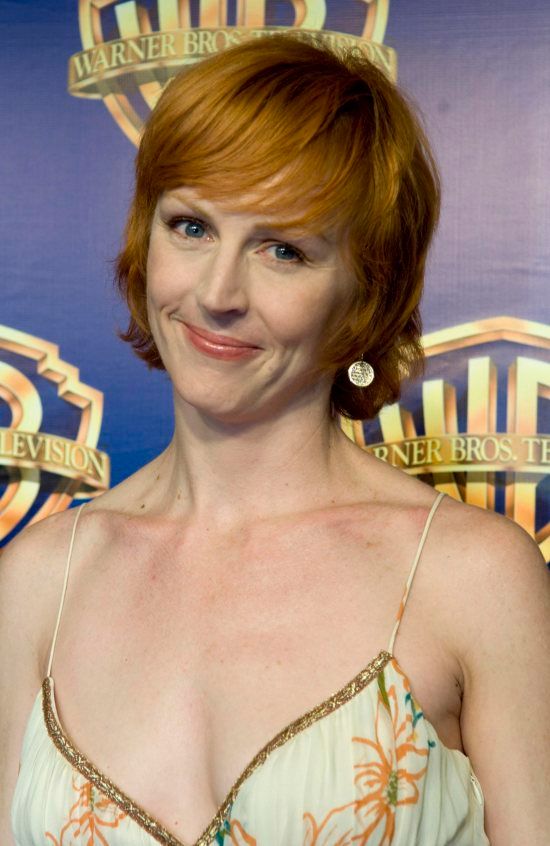 Estimated Net Worth: $10 million. Janel Moloney is an Emmy Award-winning actress who is best known for her role as Donna Moss on The West Wing for 7 seasons. Since The West Wing ended, she’s only picked up on other notable television role and that was a recurring role on The Leftovers in season 1 and then a main role in season 2. She still holds this role today. In addition to The Leftovers, she’s done one episode appearances on shows like 30 Rock, Law & Order: Criminal Intent, House, and small roles on The Blacklist, Alpha House and Brotherhood. Moloney doesn’t do much in film, but has had small parts in films like Wild Bill, Concussion, Dream Lover and a co-starring role in Bang Bang You’re Dead. She’s currently estimated to be worth a substantial $10 million! 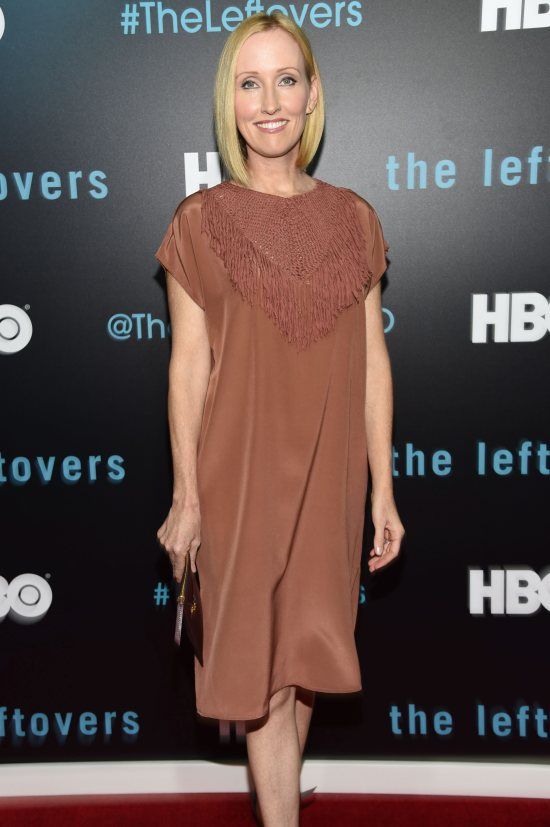 Estimated Net Worth: $50 million. Martin Sheen has been acting since the early ’60s. He’s had two main castings, first on The West Wing as President Josiah Bartlet and then his current role as Robert Hanson on Grace and Frankie. In addition to these, he’s done small roles on shows like Two and a Half Men, Anger Management, Hawaii Five-O and Spin City. He’s been involved in about 47 projects! This isn’t nearly as impressive as the fact that he’s appeared in nearly 120 films! Sheen received critical acclaim for his roles in Stella Days, The War at Home, The Subject was Roses and Apocalypse Now. Some of his other notable roles were in Badlands, The Amazing Spider-Man, Gandhi, Gettysburg, The Departed and Catch Me If You Can. Not surprisingly, Sheen has the highest net worth on this list and he’s earned it! He’s worth a whopping $50 million! 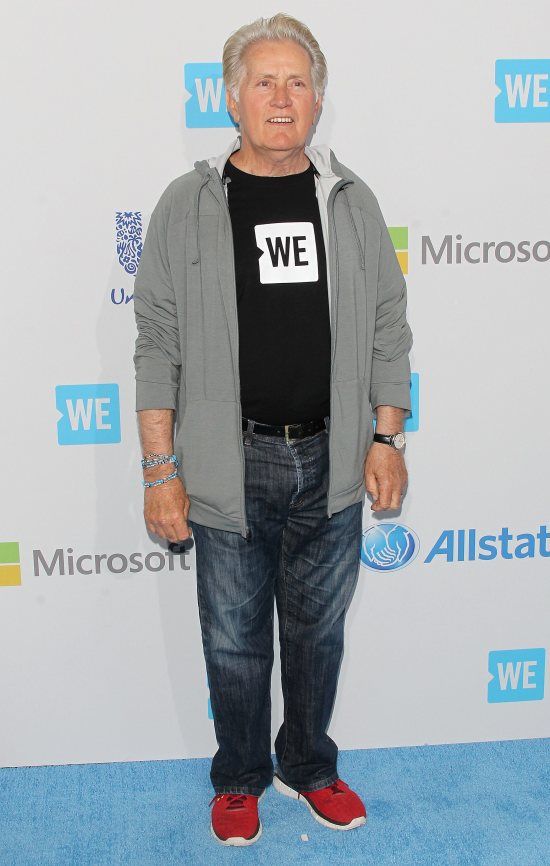 Estimated Net Worth: $11 million. This actor is widely recognized in both the film and television industry. He’s appeared in over 40 films with notable roles in Billy Madison, Saving Mr. Banks, My Fellow Americans, Cabin in the Woods, Little Manhattan, The Sisterhood of the Traveling Pants, I Saw the Light and Other People — just to name a few. On the small-screen he’s received widespread critical acclaim for his series regular role on The West Wing, Studio 60 on the Sunset Strip, Burn Up and Transparent. Whitford has also taken on notable roles in Trophy Wife, Happyish, The Mentalist, The Good Guys and done several television movies. He’s currently estimated to be worth about $11 million! 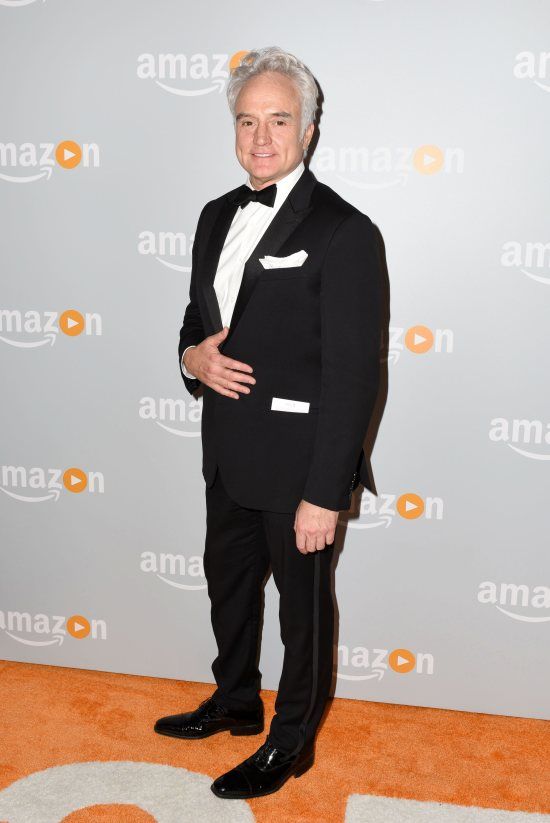 Estimated Net Worth: Unknown. John Spencer has only one substantial role on his resume and that’s as White House Chief of Staff Leo McGarry on The West Wing. This role earned him an Emmy award in 2002 and several nominations. He had a slew of film appearances in the ’80s and ’90s in films like Twilight, Cop Land, The Rock and Forget Paris. His only other notable role on television was in the ’90s when he played Tommy Mullaney on L.A. Law. Outside of these two roles, he’s done one episode appearances on shows like L.A. Doctors, The Outer Limits, Law & Order, Touched by an Angel and As the World Turns, just to name a few. Spencer sadly passed away in December 2005, so his net worth is largely unknown. He was most likely worth around $400,000 at the time of his death. 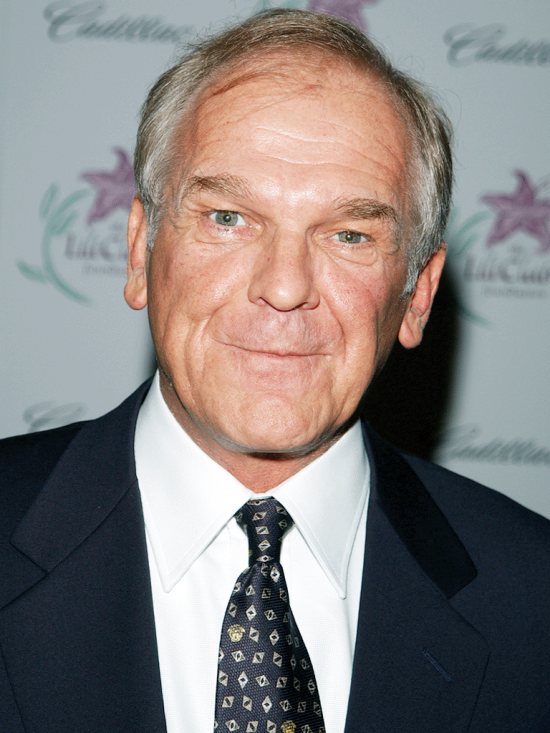 Estimated Net Worth: $4 million. Allison Janney has won seven Primetime Emmy Awards for her work on The West Wing, Masters of Sex and her current role on the CBS sitcom Mom. She absolutely dominates the small-screen in terms of her presence on popular shows. She’s also done appearances on shows like Phineas and Ferb, Robot Chicken, Frasier, Weeds, Two and a Half Men and Law & Order. Her work in films is just as extensive with appearances in over 65 films throughout her career. Some of her most notable roles have been in feature films like Primary Colors, Drop Dead Gorgeous, 10 Things I Hate About You, Girl on the Train, Finding Dory, Get On Up, Spy; Hairspray, The Way Way Back, The Hours, American Beauty, Juno and The Help. Her net worth seems small considering the amount of work she’s done, so we’re assuming it’s higher than this, but she’s estimated to be worth about $4 million. 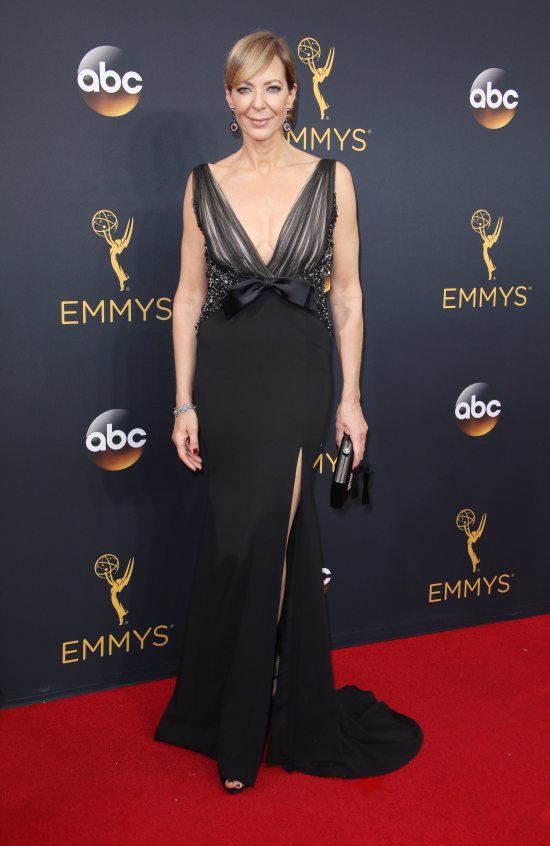 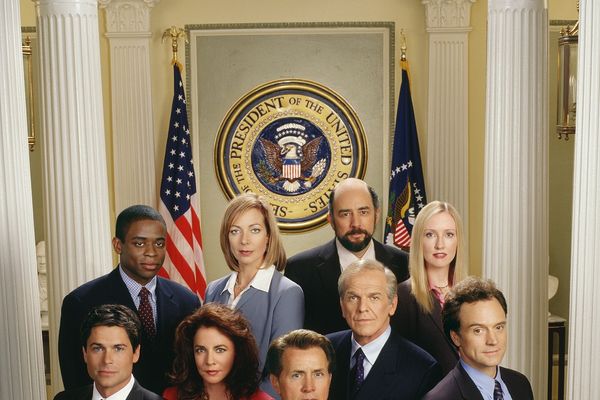