In the world of celebrities, there are always going to be hookups and, this year, there were many! While some weren’t that big of a surprise, there were others that were. Here are the 12 celebrity hookups in 2019 that we just didn’t see coming:

Since calling it quits with Liam after less than one year of marriage and a decade together (on and off), Miley Cyrus has wasted no time mourning the loss of that relationship. After a whirlwind relationship with Kaitlynn Carter, she quickly moved on with Australian singer Cody Simpson. The two were spotted making out around L.A. before going public on social media. Even though they are still together, there’s no saying how long this one will last.

After his engagement with Ariana fell through, Pete Davidson quickly moved on with none other than Kate Beckinsale, who is twenty years his senior. The two weren’t shy about showing PDA and were spotted making out at a Rangers game. The relationship slowly fizzled after this and by the end of March, they were done.

KJ Apa and Britt Robertson worked together on the 2017 film A Dog’s Purpose where they played love interests, so when news broke in July 2019 that the two were spotted kissing and holding hands at an Entertainment Weekly party, it was quite the surprise that they were suddenly an item! The two most recently starred in the movie I Still Believe together.

Us Weekly broke the news in August that Pete Davidson was dating Andie McDowell’s daughter Margaret Qualley and had been for a couple of months. The romance didn’t last, though. By mid-October, Us Weekly announced that the two were over, but remain friends.

At the same time that it was announced that Emma Roberts and Evan Peters had ended their engagement, it was also revealed that Roberts had moved on with Garrett Hedlund. It was reportedly not serious and that the two were just “having fun hanging out and hooking up.”

Rosario Dawson revealed in March that she’s in a romantic relationship with none other than presidential candidate Cory Booker. The two have been dating since October 2018 when they met a friend’s party and now they are in love!

In February 2019, Miranda Lambert announced – completely out of the blue – that she had married a New York City police officer, Brendan McLoughlin, three months after the two had started dating. While the two seem happy together, their relationship wasn’t without any drama. The week that they met, his ex gave birth to his child!

Two weeks after Zooey Deschanel announced that she and her husband of five years were calling it quits, it was revealed that she already had a new man in her life – Property Brothers star Jonathan Scott. It’s not clear how they met, but they apparently bonded over a shared love of music.

After dating Kate Beckinsale and Margaret Qualley, Pete Davidson recently moved on with 18-year-old Kaia Gerber, who is best known for being an up and coming model and for being Cindy Crawford’s daughter. They were most recently spotted together in Miami, lounging by the pool and packing on the PDA.

Miley Cyrus and  Kaitlynn Carter’s short relationship came out of nowhere. Carter just split up with Brody Jenner while Cyrus had just announced that she had separated from Liam Hemsworth when she and The Hills star were spotted canoodling on a yacht in August. These two were all hot and heavy for a month and a half before it was announced in September that they had broken up.

After Miley Cyrus went public with her relationship with Kaitlynn Carter, Liam Hemsworth was spotted photographed in October holding hands with Dynasty actress Maddison Brown. The two have since been spotted kissing and, even though it appears that they both like each other, it seems as though they are taking things really slowly.

When Tyler Cameron was spotted after an overnight date with Hannah Brown in early August, many thought the two of them were about to embark on a relationship; however, everyone’s hopes were dashed when Cameron was spotted a few days later on a date with supermodel Gigi Hadid. These two continued to date for the remainder of the summer and into the fall and they even attended a few VMA after-parties together, but they called it quits at the end of October. 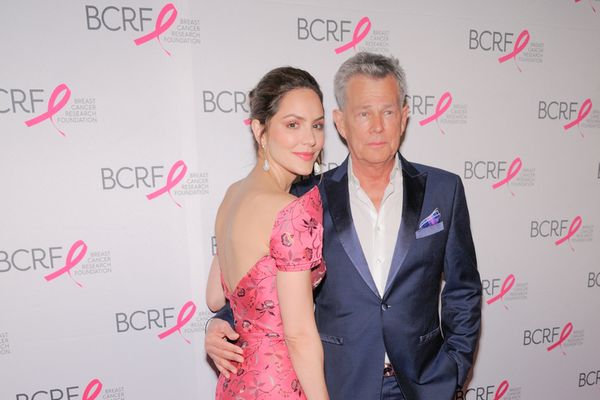 Unexpected Celebrity Relationships Of The Past Decade (2010-2019)