Unexpected Celebrity Relationships Of The Past Decade (2010-2019)

Rachel Weisz and Daniel Craig’s relationship came out of left field. At the time, she was technically with filmmaker and producer Darren Aronofsky while Craig was with film producer Satsuki Mitchel. The two reportedly left their respective partners in 2010 after they reconnected on the set of the film Dream House, and now they have been together ever since. In 2011, they were married and in 2018 they welcomed a daughter.

Adam Levine dated Behati Prinsloo briefly in 2012 after he broke up with another Victoria’s Secret model Anne Vyalitsyna. Following his relationship with Prinsloo, he moved on to another Victoria’s Secret model, but he shocked everyone when he broke up with her and proposed to Prinsloo! Even though there may have been doubts about their longevity, the two have proved everyone wrong. They were married in 2014 and have two daughters together, Dusty Rose and Gio Grace.

Blair Waldorf and Seth Cohen were both really popular characters on their respective teen shows, so when news broke that the actors who played them – Leighton Meester and Adam Brody – were dating, fans were ecstatic! The couple has had one of the most low key romances ever. They were secretly engaged in 2013 and then secretly married in 2014. They even managed to keep the fact that they were expecting their first child a secret for months!

Jennifer Lopez has a history of going from relationship to relationship, but after her marriage to Marc Anthony ended, no one was expecting the 42-year-old megastar to hook up with her 24-year-old backup dancer, Casper Smart. What was even more surprising was that the couple lasted almost five years – even after cheating allegations.

George Clooney had always made a point of telling people that he wasn’t the marrying kind, so when he secretly got together with Amal Alamuddin in 2014 and then married her several months later, it was a big surprise! The two have been married for more than five years now and, even more surprising, they have twins together, Alexander and Ella.

For a while there it seemed like Cameron Diaz had a type – and then, in 2014, she went against it and hooked up with Benji Madden. Their relationship became serious really quickly and, after eight months of dating, they tied the knot at Diaz’s Hollywood home. Now, five years later and they are still going strong.

Sarah Hyland and Wells Adam are another celebrity couple that came out of left field. It should have been obvious that they were headed for a romance when the two started flirting on back in 2016 on Twitter and when they continued to flirt when he debuted on Bachelor in Paradise as the bartender, but they only really got people’s attention at a Halloween party in 2017 when they came dressed as characters from Stranger Things. These two have proved themselves to be the real deal. After two years of dating, they got engaged this past summer!

No one even knew that Benjamin McKenzie and Morena Baccarin were a thing before her estranged husband began accusing her of cheating on him with the former O.C. star. News then broke that she was expecting McKenzie’s child, and Baccarin and her ex proceeded to have a very messy divorce and custody battle over their son, Julian. In spite of how dramatic the beginning of Baccarin and McKenzie’s romance was, the two have a pretty low-key romance. They welcomed their daughter in March 2016 and were married in June 2017.

When Taylor Swift and Calvin Harris broke up in 2016, she wasted no time mourning the loss of that relationship. Instead, she started dating Tom Hiddleston, whom she had met at the Met Gala earlier that year. The two were photographed constantly during their three-month relationship and there was even talk that Hiddleston might propose; however, it seemed to end as suddenly as it began with rumors circulating that she ended things because she felt uncomfortable with how public he wanted their relationship to be.

Gwen Stefani hadn’t been single for long when she and Blake Shelton were caught cuddling at a Halloween party in 2015. While it initially seemed that whatever was happening between the two Voice coaches was a rebound, it has proven to be anything but! Four years later and they are still together!

Charlize Theron and Sean Penn’s 2014 romance was a total surprise. The two had been friends for about 18 years when they got together and it became serious really quickly. There was talk of marriage and adopting a child, but ultimately, after a year and a half together, Theron abruptly cut things off.

Ian Somerhalder and Nikki Reed make total sense as a couple, but when they first were spotted together in July 2014, no one was expecting it. She had just announced in March of that same year that she and Paul McDonald were splitting after two and a half years of marriage while The Vampire Diaries fans were holding out hope that Somerhalder would reconcile with Nina Dobrev. Reed and Somderhalder’s relationship got serious really quickly and they were married after just nine months of dating in 2015. Now the couple has a daughter together, Bodhi Soleil.

When news broke in October 2016 that Prince Harry had been secretly dating Meghan Markle for six months and that things were serious, no one believed it. She was divorced, American and an actress, and no one believed that Queen would ever grant her grandson permission to marry her because of those things. Well, Harry ended up getting the Queen’s permission and he and Markle announced their engagement in November 2017 and then were married in May 2018. Now they have one child together, Archie Harrison Mountbatten-Windsor.

It really seemed like Ben Foster was destined to do the on-again, off-again things with Robin Wright forever, so when he was spotted with Laura Prepon in July 2016, it was a surprise. What was even more surprising was how quickly they moved. Four months later, they were engaged and three and a half months later, they were expecting their first child! Following the birth of her daughter in 2017, the two were married and are still together.

Ariana Grande and Pete Davidson got together almost immediately after they broke up with other people in 2018. One month into their relationship, they were engaged; however, four months later, they called it quits after Grande’s ex, Mac Miller, suddenly passed away.

After all four of David Foster’s marriages ended up in divorce, many thought that he was done with marriage. Then he shocked everyone by getting together with Katharine McPhee, who is 35 years his junior, proposing to her and then tying the knot. Who knows if this marriage will last, but the two have said that they are planning on starting a family.

Rooney Mara was dating Charlie McDowell when she went to film Mary Magdalene with Joaquin Phoenix, but rumor has it that she ended up falling for Phoenix while filming. The two went public with their romance at Cannes Film Festival’s closing night ceremony and now are engaged!

Nick Jonas and Priyanka Chopra didn’t seem like the most likely match, but once they started dating, everything moved at lightning speed. After two months of dating, they were engaged and then five months later were married in a number of wedding ceremonies that took place over the course of four days.

After Chris Pratt’s relationship with Anna Faris, it was hard for fans to want to see him with anyone else. But, after their split, he ended up dating someone completely unexpected – Katherine Schwarzenegger! They were reportedly set up by her mother, Maria Shriver, and even though they were an unlikely couple, it seems like they were made for each other. After less than a year of dating, they announced their engagement in January 2019 and were married that June.

Cheryl Cole was a judge on The X Factor when she first met a 14-year-old Liam Payne. Needless to say, nothing happened then, but sometime in either 2015 or 2016, they got together. Then, in 2017, they welcomed a son, Bear. The relationship ended up fizzling out and the couple announced that they were calling it quits in July 2018.

3. Selena Gomez and The Weeknd

The Weeknd had only been broken up with Bella Hadid for a couple of months when he was suddenly all coupled up with Selena Gomez. The relationship lasted less than a year and it was announced that they had split after Gomez was seen having breakfast with her ex Justin Bieber. Not long after, The Weeknd rekindled his relationship with Hadid.

Two weeks after Zooey Deschanel announced that she and her husband of five years were calling it quits, it was revealed that she already had a new man in her life – Property Brothers star Jonathan Scott. It’s not clear how they met, but they apparently bonded over a shared love of music.

Miley Cyrus and  Kaitlynn Carter’s short relationship came out of nowhere. Carter just split up with Brody Jenner while Cyrus had just announced that she had separated from Liam Hemsworth when she and The Hills star were spotted canoodling on a yacht. These two were all hot and heavy for a month and a half before it was announced that they had broken up. 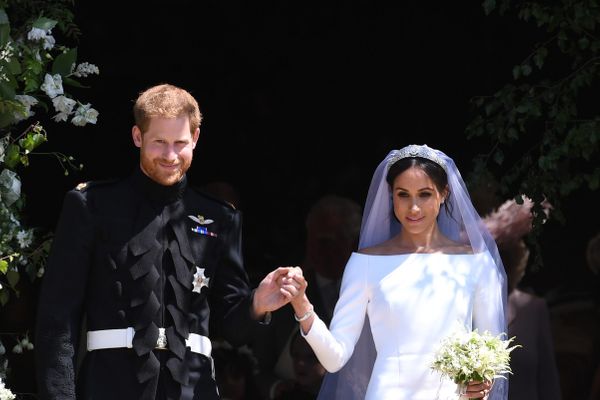