There was a lot to love about Charmed when it first aired in 1998. It was a unique show, and not just because of its supernatural premise, but because it was one of the very few shows to feature not only one female lead — but three! Charmed took “female empowerment” to a whole other level with the Charmed Ones and fans couldn’t get enough for eight amazing seasons. When the magical sisters weren’t busy kicking demon butt, they were also balancing real-life jobs and trying to maintain at least semi-normal romantic relationships. Prue, Piper, Phoebe, and Paige had quite a few dates over the years, but a few stood out more than others. Here are the 12 most popular couples on Charmed ranked from worst to best:

Nick Lachey never took acting too seriously, but one of his longest-running roles was on Charmed in season seven as a love interest for Phoebe. Lachey portrayed Leslie St. Claire, a ghostwriter who was brought in to write Phoebe’s column while she was on a sabbatical from work. It was obvious the two ridiculously attractive people were going to fall for each other, but unfortunately there was nothing else to their romance. They didn’t have a lot of chemistry like Phoebe and many of her other love interests had, and they certainly couldn’t make it work with Phoebe having to bail on so many dates and keep so much from him. He was a great guest character, but their romance just wasn’t spectacular.

Poor Prue had some truly terrible romantic interests on the show, and one of the most bizarre was with T.J. Prue first met T.J. when she began astral projecting in her sleep to the same bar that T.J. was at. Their strange relationship was marred by the fact that Prue wasn’t actually awake during most of their encounters, but when he crashed Piper and Leo’s wedding in order to help Prue who was wanted for murder, things got even weirder when she astral projected to be with him! Just as they were starting to get to know each other, Phoebe cast a spell to bring Prue back and that was the last she and the fans ever saw of T.J. It was a quick and strange romance, but even for a brief time, it was nice to see Prue loosen up and flirt a little.

Following her disastrous relationship with Cole, handsome actor Billy Zane appeared in the series as Drake de Mon, a former demon who was sent to Phoebe by Cole to make Phoebe believe in love again. Drake was charming and handsome and through three episodes, took Phoebe on some incredible adventures to get her to love again. It didn’t take long for Phoebe to fall for Drake and no one could blame her, unfortunately, part of his deal with the Sorcerer was his death, and he died only two weeks after meeting Phoebe. Although they were a cute couple, it was clear it wasn’t meant to be and he was just needed to help Phoebe move on in her love life.

After her separation from Leo, Greg was Piper’s rebound guy and while he was definitely cute and sweet, it was all too obvious that he really was simply a rebound. While they dated for quite some time and he was actually her longest relationship outside of her romance with Leo, he only appeared in three episodes. Greg was likable but not around enough for fans to really get attached to him.

Paige Matthews also had some pretty terrible luck when it came to a lot of her love interests, but things got better when she met Kyle Brody. Kerr Smith starred as the handsome Home Security Agent Kyle Brody for 10 episodes beginning in season seven, and despite the fact their love-story was short-lived, it was actually pretty serious. Although Kyle could have been a viable long-term love interest for Paige, his character’s death and being turned into a whitelighter changed things abruptly and now the relationship is largely forgotten.

Before he was McSteamy on Grey’s Anatomy, Eric Dane had audiences following in love with him as the powerful and handsome Jason Dean on Charmed, and of course, he fell for Phoebe. Jason Dean first appeared in season five after he became the new owner of The Bay Mirror, making him Phoebe’s boss. The best part about their relationship was that it was endlessly interesting especially since, even though they worked together, she fell for him online when writing an article about online dating, not knowing it was Jason Dean she was chatting to. The two had quite the passionate relationship that even saw Phoebe move to Hong Kong for him and, in fact, they were a pretty great couple until it came to how he dealt with the fact she was a witch, and after he found out the relationship fell apart pretty quickly.

Since Piper and Leo Wyatt’s love story was epic it is easy to forget that Piper actually had quite a few other love interests over the course of the show including Dan Gordon. Aside from Leo, Dan is without a doubt Piper’s most memorable love interest and even had fans rooting for the two! During her separation from Leo, Piper wanted to try to have a more normal relationship with a mortal and turned to Dan, her neighbor and former baseball player. Dan was handsome and was clearly really into Piper, not to mention their chemistry was definitely believable. Their relationship would definitely rank higher, but fans always knew no matter how great Dan was, it was Piper and Leo who were always meant to be together.

Charmed fans don’t need to be told that Prue wasn’t given the fair shake she deserved on the series and the show was never quite the same after her death in the season three finale. While fans didn’t get to see quite as many love interests for Prue because her character was short-lived, she did have her own great love with Andy Trudeau. Things were most definitely ill-fated for the pair who were star-crossed from the very beginning, but no matter what obstacles came between them, including death, they always made their way back to each other. They ended up being one of Charmed‘s most tragically beautiful love stories and the two reuniting in the afterlife was one of the show’s most emotional and haunting scenes.

Paige Matthews may have had a lot of dates over the years, but her biggest love was the charming Henry Mitchell, and they quickly became one of the most beloved couples on the show. Although they started off as enemies, it was clear there was a spark between the two and as time went on it was clear he was Paige’s best love interest of all. They brought out the best in one another and Henry was always willing to fight for Paige no matter the cost, and most importantly he was one of the few who could handle the news that she was a witch. While some TV couples just don’t have the chemistry to make it work, that certainly was the case for Paige and Henry who were definitely one of the show’s best couples.

Phoebe Halliwell had many love interests but few had the impact on the series that her relationship with Cole Turner did. It was one of the best and most intense romances on the show that seemed to have endless twists and turns, and just when it seemed like the pair could be happy, things fell apart again. Cole’s love for Phoebe was so strong it reawakened his dormant human-half and caused him to renounce evil despite the fact he was one of the Underworld’s most powerful demons at the time, Belthazor. For many, they very well might be the number one couple of the show, but the only thing that holds them back is just how bad Cole hurt Phoebe once he became The Source.

Phoebe and Cole may have been one of Charmed’s most epic love stories, but it was Coop who finally made her happy. Coop wasn’t introduced on the show until season eight, but their relationship progressed very quickly. Coop was actually Cupid who was sent by the elders to help her find true love, and although she started off being annoyed by him, their bickering and the way they challenged each other eventually led to love. While Coop continued to fulfill his mission and try to find someone for Phoebe, they were actually falling for each other but believed their love to be forbidden. One of the best moments of the show is when they finally realized their love for each other and fans couldn’t have been happier that Phoebe finally had the love she deserved.

When it comes to the top three Charmed couples, it really is a toss-up for who gets number one, but the importance of Piper and Leo can never be overstated. They had the longest running relationship on the show and also one of the most dramatic. Although the beginning of their relationship was marred by the fact that as a whitelighter he couldn’t be with Piper, their chemistry was undeniable and they truly seemed like the perfect couple. Even though their relationship started up in season one, it had to go through many obstacles before they could finally be together, but even as Piper tried to move on it was clear she was meant to be with Leo. Admittedly sometimes the strains and constant battles in their relationship could be irritating, but at the end of the day, they were Charmed‘s greatest love story. 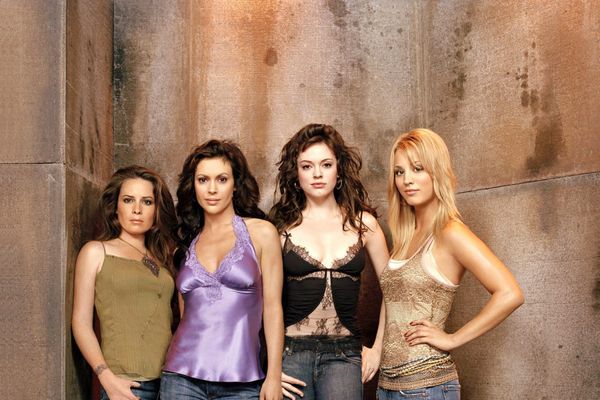