It was a dramatic week on The Young and the Restless, Days of Our Lives, General Hospital and The Bold and the Beautiful! Find out what you missed with your spoilers recap for April 27 to May 1, 2020:

Ben was unable to get over Jake’s resemblance to an old friend during Monday’s episode of DOOL while Brady went to extremes to protect Kristen. Also, Abigail had a terrifying experience, and Gabi told Will about seeing Stefan’s reflection in the store window.

There were a few spoilers for GH fans on Monday. Sonny and Jason met with Cyrus; Molly confided in Kristina; and Laura reassured Lulu.

Monday’s episode of B&B was part one of a documentary/reality special called Becoming Bold and Beautiful.

Y&R aired a vintage episode from July 5, 2004, which featured Katherine’s intervention and Daniel learning Danny’s not his biological father.

Abigail and Chad learned the reason for her hallucinations on Tuesday’s episode while Hope apologized to John and Marlena for her actions as Gina. Also, Justin gave Rafe disheartening news about his plans to adopt David, and Kayla laid into Steve.

There were a few spoilers for GH fans on Tuesday. Sonny and Jason met with Cyrus; Molly confided in Kristina; and Laura reassured Lulu.

On Tuesday on B&B, part two of the documentary/reality special Becoming Bold and Beautiful aired.

Y&R aired a classic episode from July 6, 2004, in which Katherine’s intervention continued; Cricket and Phyllis argued; and Nick confronted Cameron.

Wednesday on DOOL, Evan told Zoey his secret, and John agreed to Orpheus’ offer. Also, Chad accused Gabi of drugging Abigail, and Steve and Kayla shared a moment as she helped him put back on his patch.

There were a few spoilers for GH fans on Wednesday. Lulu raced to Crimson; Carly comforted Michael; and Finn saw through Chase’s lie.

CBS aired an encore episode of B&B from July 27, 2016, in which Quinn followed Eric overseas to the Spencer Summit.

On Thursday, Y&R aired the April 3, 2009 episode featuring Katherine and Jill’s cake fight, and everyone gathering for Billy and Chloe’s wedding.

Gabi fainted when she saw “Stefan” on Thursday on DOOL while Sarah was stunned when she ran into Rex in Paris. Also, Kristen told Brady she’s going to confess, and Ciara held vigil next to Victor in the hospital.

There were a few new developments on GH’s Thursday episode. Cameron and Trina attempted to move forward; Dev became suspicious; and Chase debated with Willow.

CBS aired an encore episode of B&B from July 28, 2016, which featured Quinn’s shocking arrival at the Spencer Summit.

On Friday, Y&R rebroadcast the May 4, 2009 episode surrounding Katherine and Murphy’s wedding, and Victor learning Neil was hired by Katherine.

As Sarah prepared to flee on Friday’s episode, Rex learned she’s on the run when Kyle Lowder returned to DOOL. Also in that episode, Kristen was alarmed when she learned Victor had woken up; Eli questioned Victor about his stabbing; and Ciara and Ben celebrated his new job.

Friday’s episode of GH was a flashback.

Friday on B&B was an encore episode. 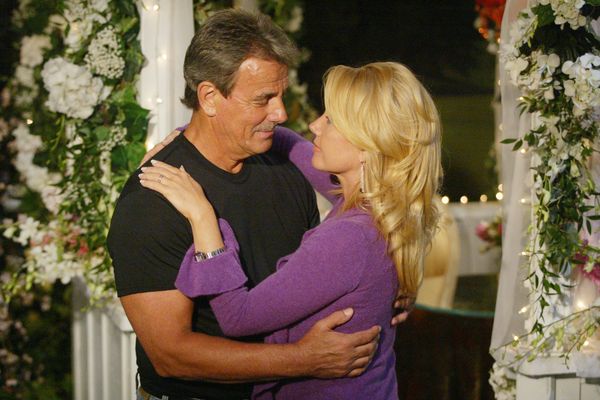