Thanks to social media, Days Of Our Lives (DOOL) viewers have more access than ever to their favorite soaps stars. Find out who said what and keep up with the latest off-screen drama. Below is DOOL’s News Round-Up for the week of March 7th, 2022.

Following appearances in Beyond Salem and A Very Salem Christmas, Zach Tinker is finally bringing his incarnation of Sonny Kiriakis to the flagship DOOL. To celebrate, Tinker sat down with Billy Flynn (Chad) for a casual (occasionally silly) interview for DOOL‘s Youtube channel. Hit play to get better acquainted with Tinker but stay for Flynn’s irreverent talk show host skills!

Speaking of Sonny, his portrayer Zach Tinker also gave viewers a sneaky preview of what’s to come on DOOL. “You have no idea what’s coming up,” Tinker tweeted alongside a devil emoticon on Monday, March 7th. While that isn’t much of a spoiler, it does suggest that his character could get involved in the Devil Johnny storyline. As it happens, current DOOL spoilers suggest that Sonny’s hubby will reach out to Johnny soon… so maybe this plot twist is coming sooner rather than later?! 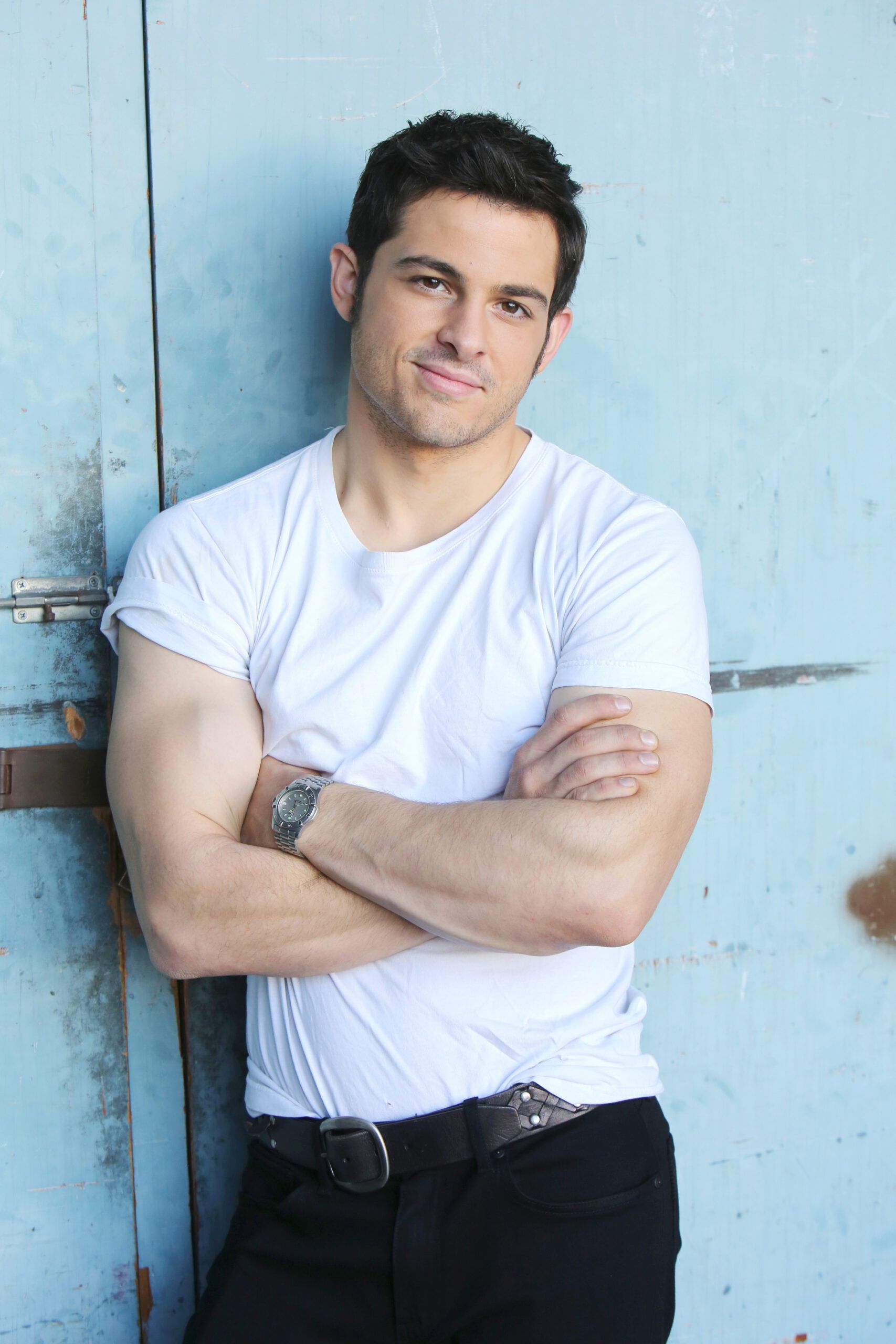 Well, here’s a photo that should get every DOOL fan smiling. Kristian Alfonso (Hope Brady) spent some time “catching up & reminiscing” with Bill and Susan Hayes (Doug and Julie) and posted a snapshot onto her Instagram. The sunny pic drew comments from DOOL alum Lisa Rinna (Billie Reed) and The Young and the Restless‘ Lauralee Bell. Might we ever see Hope back on the show?

7. George DelHoyo Is Back!

According to current DOOL spoilers, George DelHoyo will return to the soap opera he’s called home for over 30 years this Tuesday, March 8th. Reprising the infamous role of Orpheus, he’ll partner up with Clive Weston (James Read) to make life in Statesville particularly difficult for EJ (Dan Feuerriegel). This will be the actor’s first time back on DOOL since he was nominated for a Daytime Emmy in the category of Outstanding Guest Performer in a Drama Series last year. Finding out you’ve been hired to play a legacy character like Allie Horton might’ve been worth celebrating… if Lindsay Arnold had the time! Not only did the actress have to move across the country to start taping immediately after she’d received the job, she still didn’t even know which role she’d landed! “I found out that I got the role on a Thursday and I was on set working on Monday,” Arnold told TVsource Magazine. “And I didn’t know who I was until the day before. I went to set, they told me who I was, and my storyline the day before I started.” 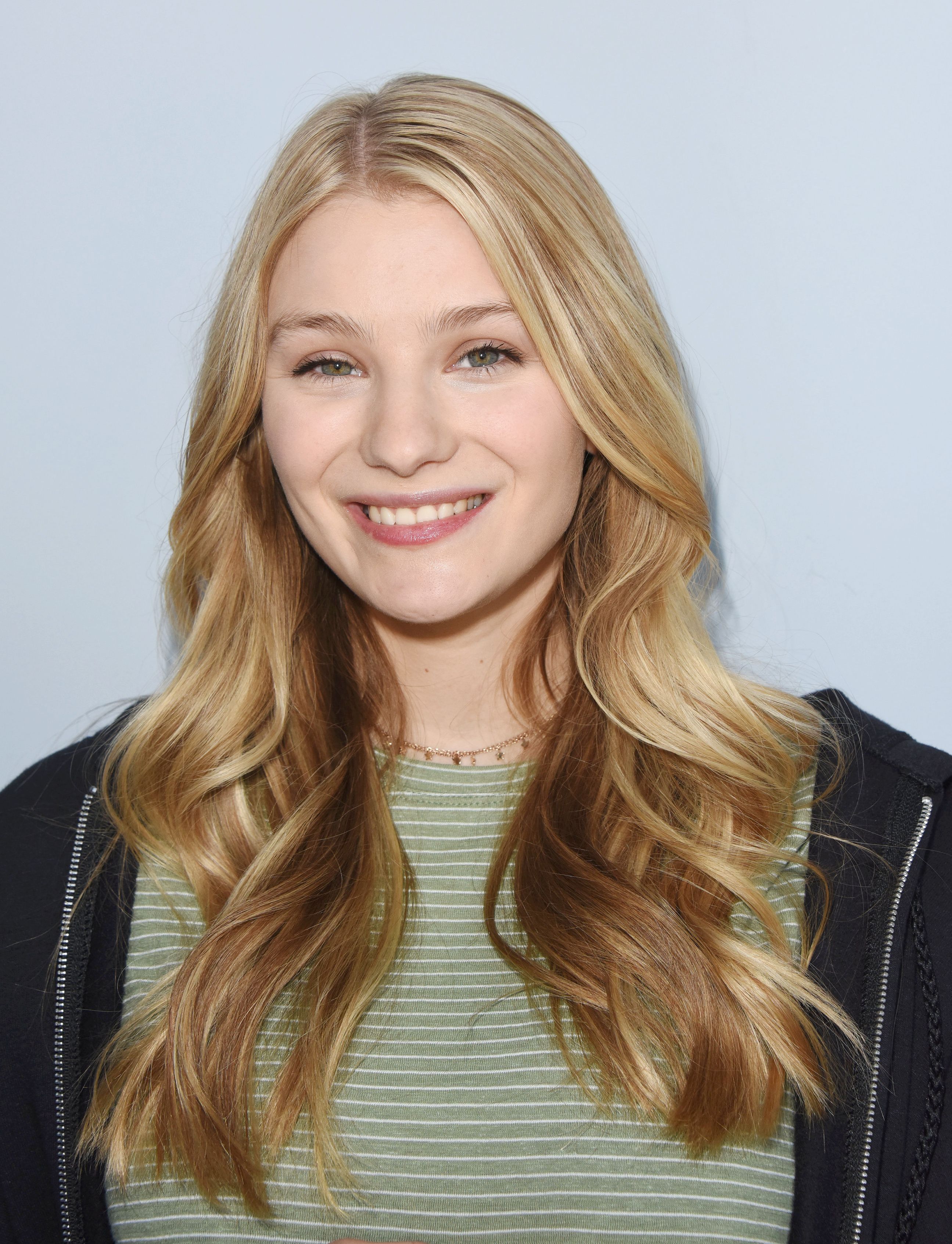 Greg Rikaart is back as Leo Stark this month, and according to a new interview with Soap Opera Digest, he might be back in Salem for a good while! He promised an extended storyline, featuring “multiple efforts from many different people to try and sabotage” his relationship with Craig (Kevin Spirtas).

“I’m still there [taping], although I think I’m in a different arc now,” Rikaart explained. “I’m there indefinitely. I’m having more fun now than ever.” Speaking of the Leo and Craig relationship, Kevin Spirtas also sat down with Digital Journal to discuss his return to DOOL. The big challenge for Spirtas was adapting to the health protocols on set, which diminished opportunities to rehearse. “There was a lot of extra work on top of the actual work, but it was so good to be back and to see everybody,” Spirtas said. “We were able to tell some great stories.”

Curiously, Spirtas spoke in the past tense about his taping experience, which gives the impression that Leo’s storyline might continue after Craig departs Salem. We’ll have to keep tuning in to find out what happens! 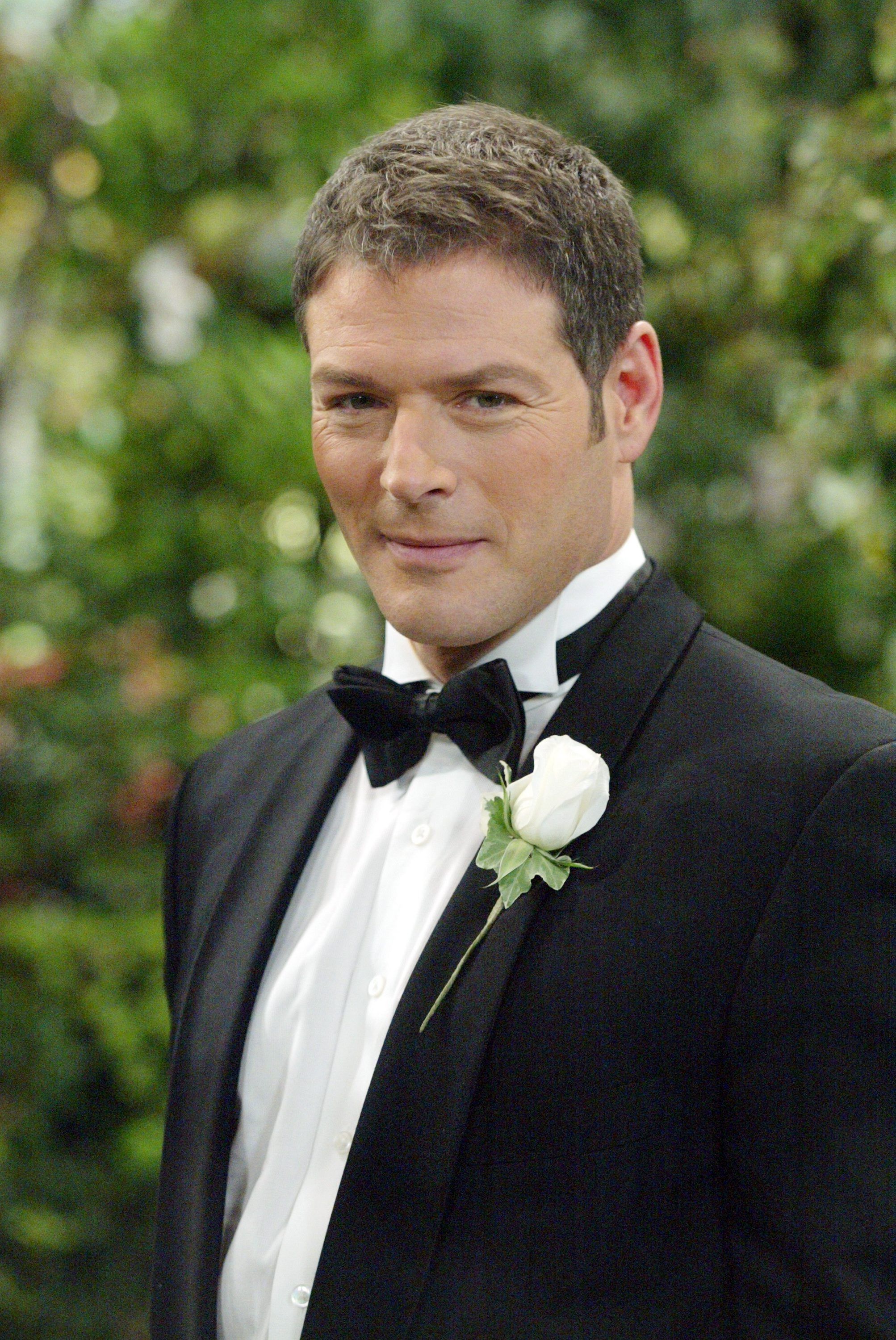 Chanel fans will be excited to see Raven Bowens make an appearance on the Amazon series The Marvelous Mrs. Maisel. “What an extraordinary experience it was to work on this production,” Bowens gushed on Instagram. “Not only is it one of my favorite shows, but the precision from every department was executed to perfection.” 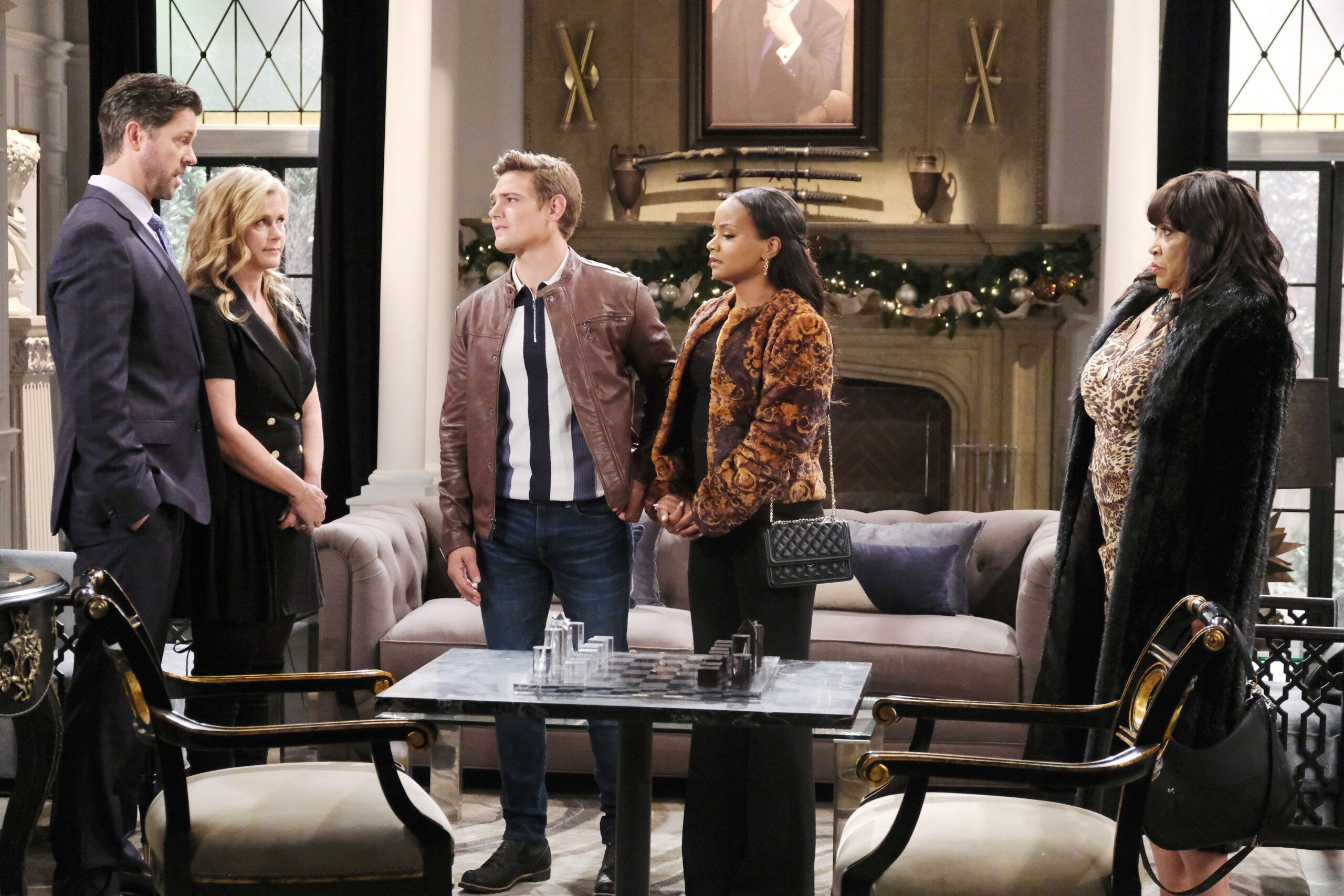 2. Eileen Davidson Sounds Off On The Real Housewives

DOOL veteran Eileen Davidson reached a brand-new audience when she joined The Real Housewives Of Beverly Hills, but she didn’t stay long. In conversation with Soap Opera Digest, Davidson explained why she jumped out of the reality TV game. “There was definitely a learning curve and I never really did learn the curve, let’s face it,” Davidson explained. She accused the show of editing footage to make her look like a “hick”, and didn’t anticipate that every wardrobe choice would be criticized. “I figure it’s a TV show, nobody’s going to know my crappy purse,” she said in the podcast. “Wrong! I wasn’t planning on getting called out for it!” You’re too good for that scene, Eileen! 1. Hearts And Hashtags For Marlena And Brady

When a Twitter user posted side-by-side screenshots of Marlena Evans with Brady Black, they likely didn’t expect both DOOL stars to savor the moment. Alas, Deidre Hall retweeted the video and wrote, “Never knew I’d love him more 25 years later…” Eric Martsolf then retweeted Hall’s comment with the hashtag #tvMom and a heart. So great when you can feel the love between Salemites! 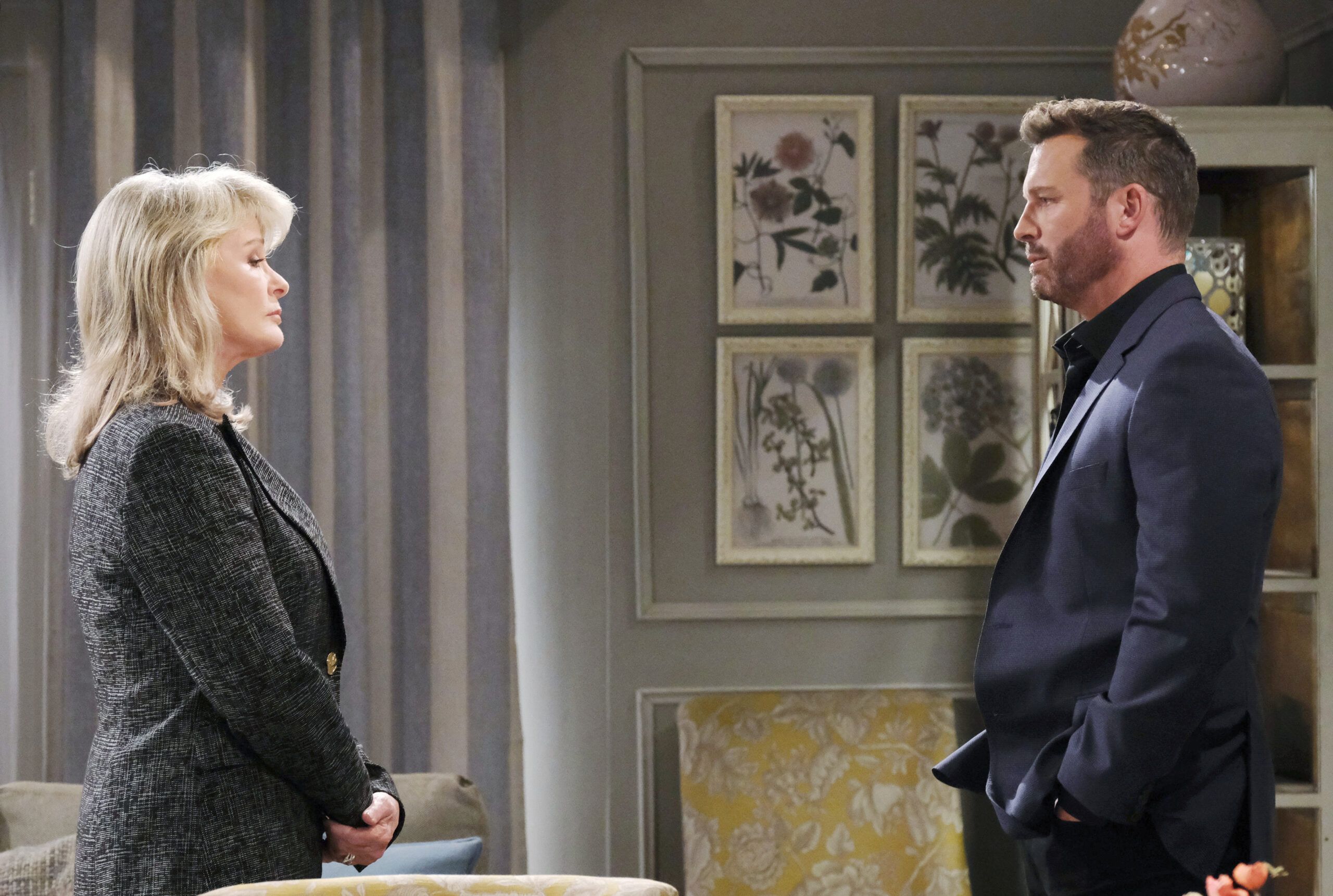 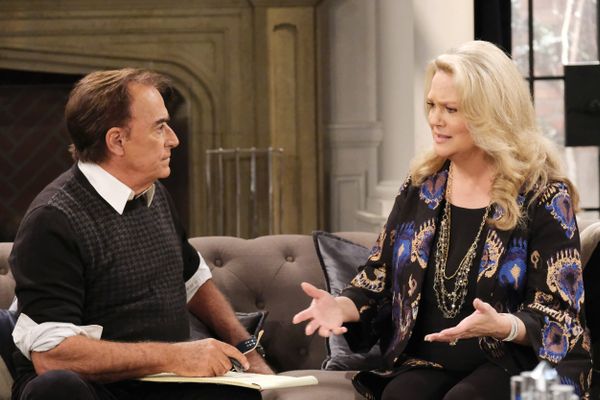 Days Of Our Lives: Spoilers For March 2022