After the success of Laguna Beach, many of the stars headed to The Hills which had its own successful six seasons from 2006 to 2010. After nearly a decade away, MTV announced that The Hills would be returning with a reboot series The Hills: New Beginnings! After nine years there is no doubt that a lot has changed and it certainly won’t be The Hills that fans remember. With many old faces returning, some famous faces joining the mix, and some not returning at all, here is everything you need to know about The Hills: New Beginnings:

After many rumors, MTV announced that they were officially rebooting The Hills at the 2018 MTV Music Video Awards. Many were surprised to see quite a few of the stars reunite at the red carpet, and shortly after MTV confirmed the reboot with a short teaser trailer. 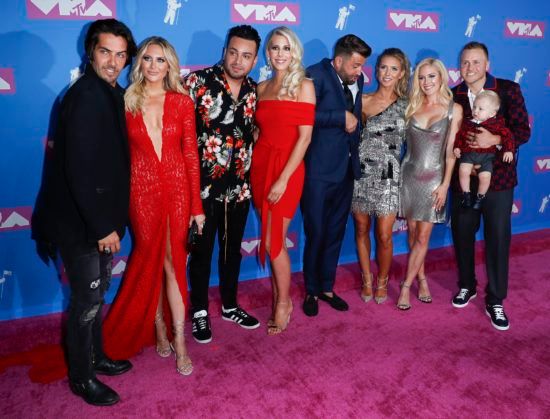 Fans were happy to hear that quite a few of the original Hills cast was coming back for the reboot. Heidi and Spencer Pratt, Audrina Patridge, Justin Bobby, Stephanie Pratt, Jason Wahler and Frankie Delgado all reunited on the red carpet at the 2018 MTV Music Video Awards as confirmed members of the reboot. Shortly afterward it was confirmed that Brody Jenner had also signed a contract and would be appearing along with his wife Kaitlynn Carter. Whitney Port also wasn’t at the event, but confirmed her involvement the next day on Instagram, sharing, “Throw back to my first VMAs look. Good thing I get to go back and make up for my insane looks on #thehills on the NEW HILLS REBOOT!!! Maybe they’ll let me out of the fashion closet this time. #mtv.” 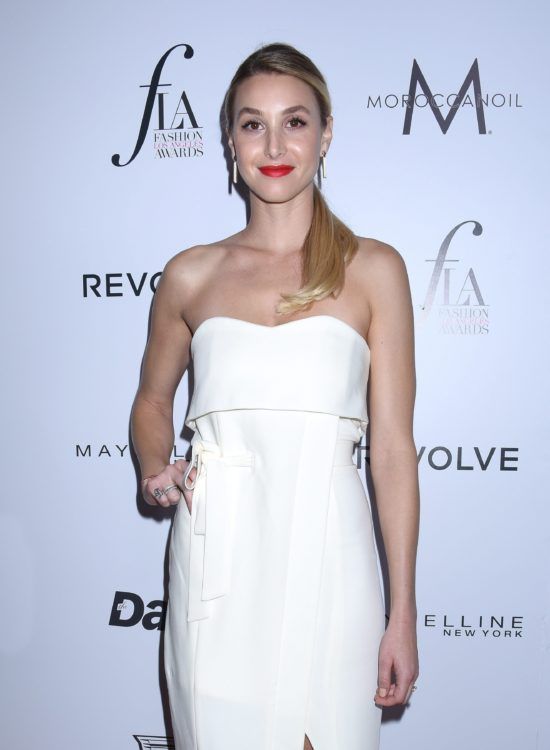 In one of the most surprising twists of the reboot, it was rumored that none other than the former star of The O.C., Mischa Barton, was joining the cast. Before long, the rumors were confirmed by Barton herself who shared a video on Instagram of herself listening to the original theme song of The Hills, “Unwritten” by Natasha Bedingfield, before saying, “Welcome to The Hills, bitch” which was a reference to The O.C. She also wrote, “The secret’s out… I’m joining the cast of The Hills. When MTV approached me with the chance to be a part of the reality show that was inspired by The OC, it felt like the perfect opportunity for an irresistibly inviting new chapter.” As for the actress joining the cast, Frankie Delgado said, “I know Brody used to be friends with [Mischa], but I only met her once 10, 12 years ago maybe — back in the day when she was on The O.C. It’ll be interesting the way they bring her into our cast and into our friendships because we’re all really tight with each other. But in the end, I think we have a really cool dynamic between all of us.”

With nearly a decade separating the end of The Hills in July 2010 and the premiere of The Hills: New Beginnings in 2019, it shouldn’t be surprising for fans when they realize a lot has changed. The stars have grown up and many have married and welcomed children which means it won’t be a lot like The Hills that they remember.  “When I first heard about it coming back I was like, ‘This is just a rumor,’” Whitney Port shared. “I’m like, ‘What are we going to film? We’re a bunch of parents with babies.'” Jason Wahler is now dad to Delilah with wife Ashley, Audrina has a daughter named Kirra with ex-husband Corey Bohan, Whitney is mom to son Sonny with husband Tim Rosenman, and Heidi and Spencer Pratt are now parents to son Gunner. 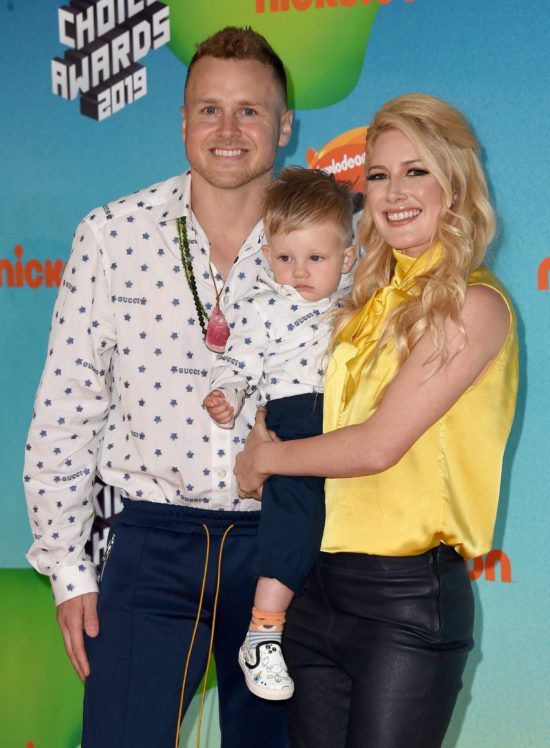 Although many familiar faces will be a part of the reboot, two major ones won’t be. Both Lauren Conrad and Kristin Cavallari will not be on The Hills: New Beginnings for their own reasons. Conrad has moved on with from reality TV life with her husband William Tell, and son Liam, with another baby on the way in 2019 while Cavallari is enjoying the success of her own series Very Cavallari which airs on E! and her contract would not allow her to star on an MTV series. Meanwhile Lo Bosworth has made it clear she hated the reality TV experience and had no interest in being a part of the reboot. . “I have found that being a known person makes me feel a little bit uncomfortable, especially in the context of reality T.V.,” she said.  In 2016, Bosworth launched a feminine hygiene and personal care company called Love Wellness and prefers to stay behind the scenes and work on her company. “It takes a certain personality type, and I just don’t have that in me,” she added. 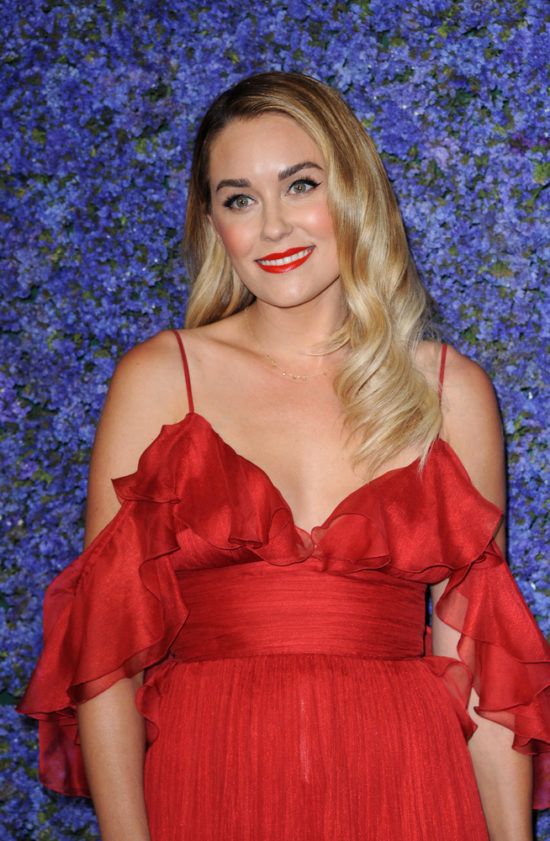 Another surprising addition along with Mischa Barton is Brandon Thomas Lee. Brandon is the 22-year-old son of Pamela Anderson and Tommy Lee, and joined the reboot shortly after Barton on October 15, 2018. The model and actor took to his Instagram to share the big news, writing, “The Hills Have Eyes @mtv @mtvthehills Let’s get ready for a ride!!!” He also shared a video message confirming the news, telling fans, “What’s up everybody, it’s Brandon Lee and I’m super excited to announce that I will be joining the cast of The Hills: New Beginnings on MTV so stay tuned and check out what my life is all about.”

Whitney Port was the first to point out that most of the cast aren’t the same people who partied all night and went to work the next day, namely because for a lot of them, the focus is now on their spouses and children. Although it can be assumed that many of the kids will be a focal point, it seems that fans won’t be seeing Audrina’s daughter Kirra. In the fall of 2018, Patridge’s ex-husband Corey Bohan filed a court order to prevent Kirra from appearing on The Hills: New Beginnings. According to the documents, Bohan requested an, “Order restraining either party from allowing the minor child to be filed or to appear on any reality television production without the express written consent of the other parent.” It is unclear if the order went through and whether or not Kirra will be seen on the show. 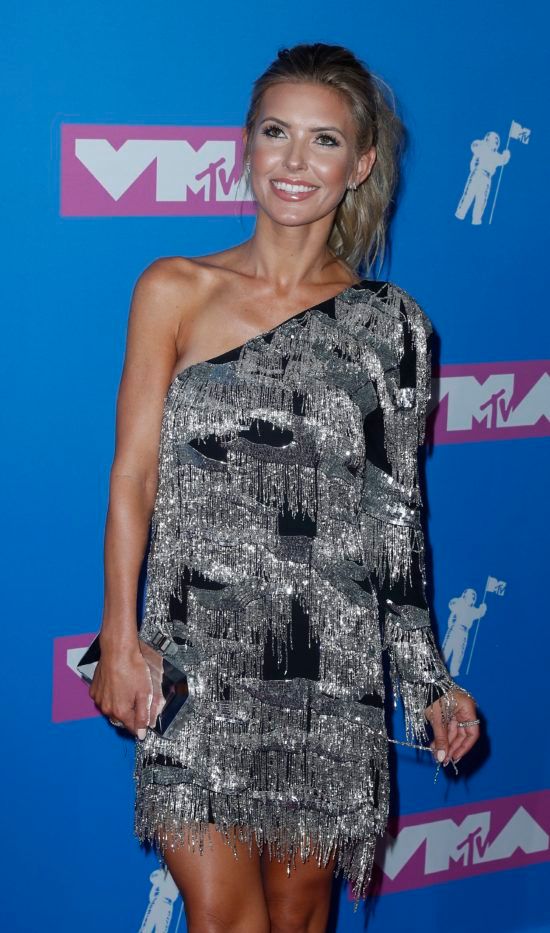 The question that a lot of fans had when it was confirmed that actress Mischa Barton would be starring on The Hills: New Beginnings is, why? Many forget that Laguna Beach, the series that came before The Hills, was inspired by Barton’s hit series The O.C. to show the “real lives” of O.C. teenagers. When talking about her connection to the series and now starring on the reboot, Barton told Vogue, “I didn’t do well as a young person letting people into my private life. I kind of feel like, in a weird way, I was on The Hills, even though I’d never seen it. My whole life was publicized in a fake way and everything about me was made up while I was on The O.C., which ran simultaneously with The Hills. [The Hills] was the reality version of The O.C., and everyone was so obsessed with it. I remember Nicole Richie was really into them and she would pull me over into a parking lot and be like ‘they’re filming The Hills in there, we have to go see!’ They were the OG reality T.V. stars.” 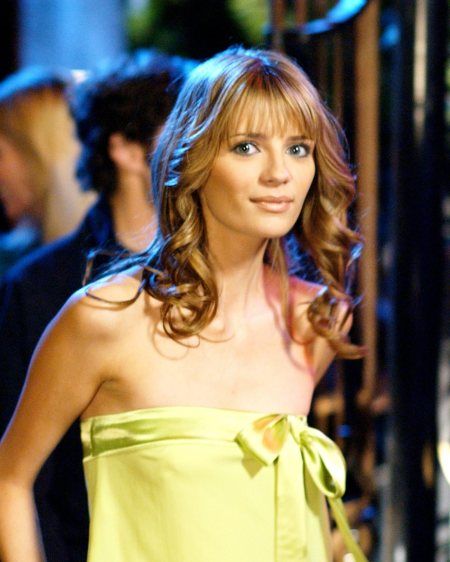 While the original series focused on flings, breakups and work drama, fans can expect The Hills: New Beginnings to focus on much more serious struggles for the stars. Along with being married and having children, many of the stars have gone through serious personal issues, including Jason Wahler who has been open about his battle with addiction, which will be discussed on the show according to his wife Ashley. “Jason and I both felt like now was a really good time to join New Beginnings. We were married in 2013 and we have an 18-month-old named Delilah Ray now. Jason’s been really open about his struggle with addiction and you’ll see that on the show. Having the cameras around us felt very natural and it wasn’t uncomfortable for me at all because I’m such a vulnerable person,” she revealed.

Despite the fact that the stars of The Hills have grown up and many have started families of their own, there will still be plenty of drama. Just over two months before the premiere of the reboot, Stephanie Pratt went on her podcast to discuss her relationship with her brother Spencer and his wife Heidi after they reunited to film The Hills: New Beginnings. Stephanie said, “We are not on good terms. We are not on speaking terms. I do not consider them my family,” when it comes to where she is with Spencer and Heidi. Prior to the comments, she called filming the reboot a “nightmare,” adding, “There’s a big divide. You know, the stakes are a lot higher. We’ve got couples who are married with kids. It’s not kind of just like, ‘Oh, you cheated at the bar.’ This is way more life-changing kind of stuff. I’m scared for everyone. And for myself. It’s going to be gnarly.” 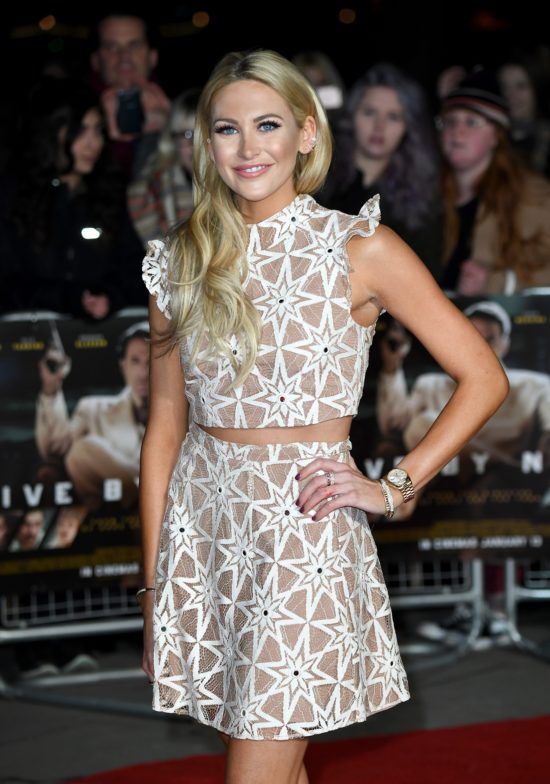 On April 2, MTV revealed that The Hills: New Beginnings would premiere on Monday, June 24th.

At the same time that MTV announced the premiere date for the new show, the network also dropped the first teaser trailer. “Some memories last forever. Now it’s time to start all over again.#TheHills: New Beginnings premieres Monday, June 24th on @MTV,” the network shared alongside the trailer which features the cast reuniting along with newcomers Brandon Lee and Mischa Barton, while also looking back on some iconic The Hills moments.  Check out the trailer here. 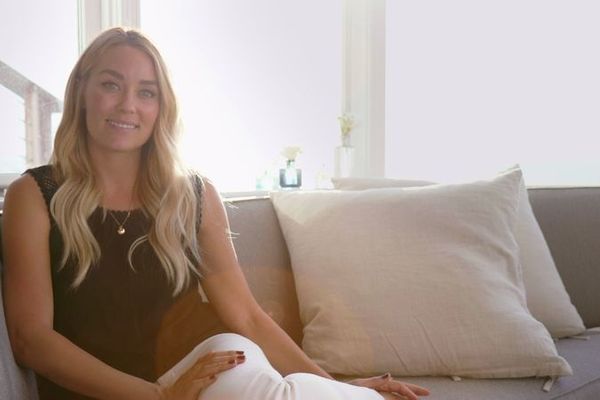