Forbes’ list of the 10 Most Overpaid Actors for 2013 has officially been released and some of the actors and actresses that have made the list might shock you! According to Forbes, the list was determined by analyzing the last three films each actor/actress starred in. They then looked at pay, movie budgets and expenses to determine the return on investment number of each star and then averaged those numbers for an overall return. At the end of it all, these were the 10 most overpaid celebrities of 2013:

Ryan Reynolds films “Turbo” and “R.I.P.D.” both bombed at the box office this year and it happened back to back. “Green Lantern” and “The Change-Up” were also box office disappointments. It sounds like Reynolds is deserving of a place on Forbes “Most Overpaid Actors” list, especially if he returns $10.70 for every dollar that he is paid.

It seems that Matt Damon’s films perform abysmally at the box office as of late. His films “Elysium,” “Green Zone,” “Contagion,” “The Adjustment Bureau” and “We Bought a Zoo” were all box office disappointments and Damon’s presence on Forbes Most Overpaid Actors list seems to reinforce that! Turns out that Damon returns $10.60 for every dollar that he is paid.

Jennifer Aniston has been labeled as “Box Office Poison.” Critics don’t think she carries much box office clout and Forbes list of the Most Overpaid Celebrities seems to support that. According to Forbes, she returns $10.60 for every dollar that she is paid. We suppose it’s safe to say that she isn’t the next rom-com queen!

Steve Carell, known for his roles in “The Office” and “The 40-Year-Old Virgin,” is considered overpaid! Carell’s film with Jim Carrey “The Incredible Burt Wonderstone” was a disappointment at the box office, finishing third opening weekend with only $10.3 million in ticket sales. According to Forbes, Carell returns an average of $10 for every dollar that he is paid.

Denzel Washington was one of the most bankable stars in Hollywood at one point, which is why it is so shocking to see him on this list! Washington is an Oscar winning actor, like Nicolas Cage and Reese Witherspoon. Unfortunately, at this point his movies aren’t raking it in at the box office and he returns $8.30 for every dollar that he is paid.

Kevin James, best known for starring in the TV show “The King of Queens,” has had a relatively successful movie career as a result of his success on the small screen. Unfortunately Kevin James is considered overpaid! He returns an average of $6.10 for every dollar that he is paid.

Apparently Nicolas Cage hasn’t been doing well at the Box Office either. This is a bit shocking considering, like Reese Witherspoon, he is an Oscar winner!  Nowadays Cage returns an average of $6 for every $1 he is paid.

Reese Witherspoon, who starred in “Water for Elephants” and “This Means War,” is estimated to return $3.90 for every dollar she is paid. This is shocking considering that she won an Oscar for her performance in “Walk the Line.” The actress is currently looking at books for screen adaptation for her production company, so maybe next year she won’t land on this list!

With films like “Knocked Up” and “27 Dresses,” Katherine Heigl was expected to become the next rom-com queen and she began demanding more money upfront for her movies as a result. Unfortunately, many of her films including “Killers” and “One for the Money” were complete flops. According to Forbes, Heigl returns $3.50 for every dollar that she is paid.

Adam Sandler is number one on Forbes’ List of the Most Overpaid Actors for 2013. While he can still demand a $15 million paycheck for a movie, two of his movies – “Jack & Jill” and “That’s My Boy” – flopped this year. Forbes estimates that Sandler’s last three films returned an average of $3.40 for every dollar that he was paid. 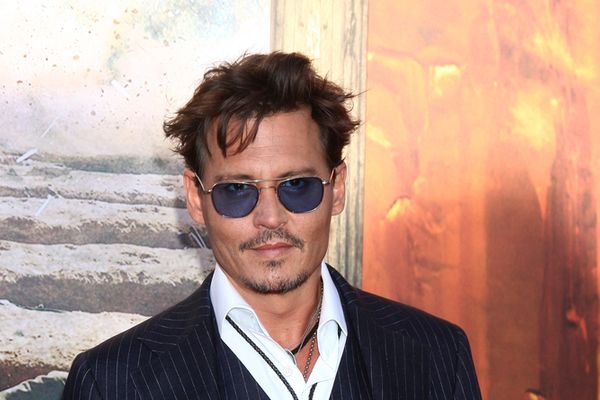 The 10 Most Overrated Movie Actors