Full House: Behind The Scenes Secrets

Full House was a huge hit back when it originally ran on ABC from 1987 to 1995. The coming of age sitcom featured a widowed father, Danny Tanner, played by Bob Saget, who enlists his friends to come help raise his three daughters. Even though the show usually got bad reviews, it was a huge hit among audiences and has gained even more popularity through syndication. Netflix recently rebooted the show with a sequel series called Fuller House, so fans can relive their favorite show 30 years later! Here’s a look at 10 behind the scenes secrets from the original Full House series!

10. Bribing the Kids with Candy

In an interview with Oprah, David Coulier talked about how both amazing and difficult it was working with children on the set of Full House. When the show first started, Candace Cameron was 10, Jodie Sweetin was 5, and twins Mary-Kate and Ashley Olsen were babies. Child labor laws made it even more difficult because the kids could only be on set for a limited amount of time each day so they had to get what they needed while they were there or the chance was lost. Couller admitted to bribing the kids with candy. “We used to bribe them with gummy bears. That was a big deal. ‘I’ll give you a red gummy bear…’ [They’d say], ‘OK, you got it, dude.'”

David Coulier, Bob Saget, and John Stamos used to pull a lot of pranks on set, but their stunts would sometimes get them in trouble. “The three of us — me, Bob and John — we got in trouble a lot. From the moms. What we didn’t realize is that the kids are backstage and they have monitors in their rooms…[In one particular incident] John, Bob and I had to walk around this van and come out, and I said, ‘Lets just take our pants off.’ We walked around the van and we’re all standing there [pantless]. The crew’s dying, and the producers — everybody’s cracking up. About 30 seconds later…here comes Jodie Sweetin’s mom, Candace Cameron’s mom and Adria Later, who…was our teacher for the kids,” said Coulier.

Full House has now become one of the most memorable sitcoms from the ’90s and it still has a huge fan following. It’s hard to believe that when it debuted back in 1987, people actually hated it. “When Full House came on the air, the reviews were scathing. We got an F in People magazine. All of the critics hated the show. It wasn’t until Season 4 or 5 that we started to see good reviews. The critics started to lighten up on us…I think the critics are taking the show way too seriously. They’re there to have fun writing scathing reviews — they love that. But they seem to be missing the point that this show is about fun. It’s comfort food. It’s revisiting the past. It’s not to be taken that seriously,” show creator Jeff Franklin said.

Full House had so many great signature catchphrases. Many of them have crossed over into the Fuller House reboot! In an interview with show creator, Jeff Franklin, he said DJ’s “Oh, Mylanta” was the result of a ‘happy accident.’ “I think we had written ‘Oh my God’ in the script, and even at a very young age, Candace didn’t want to say ‘Oh my God,’ so we had to figure out another way for her to say that,” he said. “I don’t remember if it came from Candace or not — it may have — but ‘Oh, Mylanta!’ became our ‘Oh my God,'” said Franklin. He went on to say that pretty much all the catchphrases were created organically. It wasn’t like the writers set out to come up with them for the sake of the character, most of them came from the actors themselves.

In his memoir, “Dirty Daddy: The Chronicles of a Family Man Turned Filthy Comedian,” Saget revealed some behind the scenes stories that weren’t so family friendly. “They gave me a rubber doll to talk to as a stand-in for camera run-throughs to represent the character of Michelle. Only adults were there. A lot of crew guys whom I liked to make laugh. What could have happened next? Oh yeah, so I’m throwing it around, pretending to do stuff to it, as one would if there were no child actors within a couple sound stages’ distance and you were a comedian with no moral compass in front of a crowd of people…and what I didn’t know was the television monitors were turned on in the schoolroom and all the dressing rooms, and in certain offices on the studio lot. Like I said, I was an idiot,” he wrote.

Show creator, Jeff Franklin, left the series in 1992 to develop another show called Hangin’ With Mr. Cooper. Unfortunately, when he left, those in charge made a major change that Franklin said was never supposed to happen — DJ and Steve broke up in season 7. “They had such a wonderful relationship when they were kids, and I know the audience really enjoyed them together. I didn’t understand why the producers decided to break them up and replace Steve with this nerdy rich kid. I didn’t think that worked at all, and I thought that was something the audience was not enjoying. So 20 years later, I get the chance to make things right,” said Franklin.

When Lifetime’s Unauthorized Full house Story came out it portrayed John Stamos as trying to get Mary-Kate and Ashley Olsen fired from Full House. In an interview with the real John Stamos at the Television Critics Association press tour, he did admit that something along those lines did happen back when the cast was filming season 1. “It’s sort of true that the Olsen twins cried a lot. It was very difficult to get the shot. So I [said], ‘Get them out!’ That is actually 100 percent accurate. They brought in a couple of unattractive redheaded kids. We tried that for a while and that didn’t work. [Producers] were like, all right, get the Olsen twins back. And that’s the story,” he said.

Many of the child stars in Full House experienced a lot of “firsts” on the show, like first steps and even first kisses! Candace Cameron admitted that her first kiss was when she was 13-years-old and she was incredibly nervous. “My first kiss was on screen which is incredibly embarrassing. I was 13 years old. I didn’t know what to do and we remember we rehearsed all week, but I would never kiss him. I didn’t want to do that until we actually taped. I remember just being nervous and I ran up to Lori before we did the scene, and I go, ‘Lori? Am I supposed to keep my eyes open or closed?’ And she’s like, ‘Um, closed.’ And I said, ‘OK, thanks!'” said Cameron.

Many people were devastated when ABC canceled Full House after the eighth season during the peak of its success. Fans and even some of the cast members were shocked because the show was getting good ratings. “I thought it was abrupt. ABC just kind of decided they wanted to take the channel in a new direction with more urban programming so they decided to end the show, even though it was doing really well in the ratings. I think their decision backfired,” said Lori Loughlin. What many people don’t know is that the show was almost renewed for a ninth season when WB showed some interest in picking up the series. John Stamos, Bob Saget, and Candace Cameron were ready to move onto new projects so the deal fell through.

In an interview with the Huffington Post, Dave Coulier talked about his audition process and what a pleasant surprise it was when producers called Bob Saget in last minute for the role of Danny Tanner. When they asked Coulier to read with Bob, he replied: “You gotta be kidding me because I was an usher in Bob’s wedding.” In fact, just like his character on Full House. Coulier once lived on Bob Saget’s couch when he first moved to LA! The two met when Coulier approached Saget after a show in Detroit to tell him he aspired to be a comedian like him. Saget ended up giving Coulier his phone number for when he moved to LA to help him get started and, well, he used it! “Total, total, total coincidence. And then, you know, we do ‘Full House‘ and I end up basically sleeping on a couch on the show and I was just like, ‘OK. This is life imitating art, which is really weird,” said Coulier. 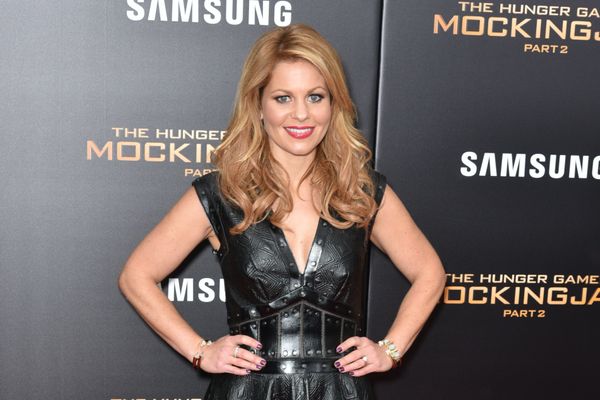