From 1987-1995 Full House dominated in family-friendly television, making the cast big-time stars. Twenty-one years later, Netflix rebooted the fan favorite series with Fuller House, featuring the majority of the original cast to fan’s delight. In the years between the stars got older, and while some remained relevant others slipped from the spotlight but regardless, a lot of them found themselves embroiled in a scandal or two. With Fuller House all the rage right now, and some of these scandals hinted at in the show, take a look at 8 shocking real-life scandals involving the Fuller House cast!

In 1995 famous singer Alanis Moissette released one of her biggest songs, “You Oughta Know.” The song was about one of Morisette’s ex-boyfriends and revealed some pretty private aspects of their relationships, and many were shocked when years later, Dave Coulier who had dated Morissette up until the point she recorded her “Jagged Little Pill” album, admitted he was pretty sure the song was about him. Morissette has always refused to comment on the identities of the subjects of her songs but the whole thing was actually drudged up again in Fuller House. In episode 12 of the new series Steve takes D.J. on a ’90s themed date and tells her he has Alanis Morissette “bumping” in the car to which she slyly replies “You know who that song is really about?”

After becoming a born again Christian in her twenties, Candace Cameron Bure (D.J. Tanner) has been very outspoken about her beliefs and values, consistently commenting on controversial topics and getting in heated debates over it. She sparked both support and backlash when she got in a discussion on The View with Whoopi Goldberg about abortion after Ohio’s governor passed a bill to defund Planned Parenthood in the state. After Goldberg told her that “You can’t decide for some woman what she needs. I can’t decide. You can’t decide […] whatever your religious belief is.” Candace Cameron however defended the bill and her staunch anti-abortion stance, “the child has no voice. Someone has to have a voice for them.” Interestingly enough not all of the Fuller House cast members shared Candace’s views on abortion which will come later on the list.

John Stamos has been a longtime favorite actor for many, and always seemed as charming yet squeaky clean as the character he portrayed in Uncle Jesse. On June 12, 2015 Stamos shocked everyone when he was arrested in a bizarre story that culminated in the actor being taken to the hospital by the police, instead of jail, because of the state he was in after they pulled him over for erratic driving. He was later charged with a DUI and revealed he had been driving under the influence of a “club drug” and common date-rape drug and a month later entered himself into rehab for addiction to substances that included antidepressants and Ambien, revealing a side to him no one ever knew.

In mid-March 2019, Fuller House star Lori Loughlin was indicted in a massive controversy when she was named as one of many who paid to get their children admitted into elite colleges in America. It was revealed that Loughlin and her husband Mossimo Giannulli allegedly paid $500,000 to have their two daughters, Olivia Jade and Isabella Rose, designed as recruits for the USC crew team despite not actually being athletes. “The alleged scam was reportedly unearthed after authorities found a California businessman who ran an operation helping students get into the college of their choice. Authorities say parents would pay the man a predetermined amount which he would funnel to an SAT or ACT administrator or a college athletic coach,” TMZ reported.

Candace Cameron raised a flurry of comments, criticism and concern after she spoke out about being “submissive” in her marriage to former NHL player Valeri Bure. In her book she wrote, “My husband is a natural-born leader. I quickly learned that I had to find a way of honoring his take-charge personality and not get frustrated about his desire to have the final decision on just about everything. I am not a passive person, but I chose to fall into a more submissive role in our relationship because I wanted to do everything in my power to make my marriage and family work.” Many were concerned about how she was treated in her marriage, and many criticized her for promoting the view of females being weak and inferior to men, but she didn’t back down, saying, “The definition I’m using with the word ‘submissive’ is the biblical definition of that,” Bure explained. “So, it is meekness, it is not weakness. It is strength under control, it is bridled strength. And that’s what I choose to have in my marriage.”

After portraying the patient, sweet, and stand-up dad Danny Tanner for so many years, that is how many viewed Bob Saget in real life, but many were not pleased when he decided to reveal he isn’t as polite or sweet as everyone thought. In 2014 he released his memoir, “Dirty Daddy: The Chronicles of a Family Man Turned Filthy Comedian,” and many realized he was actually kind of creepy and most definitely sleazy. Many fan’s opinions of Saget changed in the years following Full House, and he didn’t do anything to help himself after he called his on-screen daughters “hot” in an interview in early March 2016 after Fuller House was released on Netflix. “These girls are beautiful, they’re kind of hot,” he said of working with Jodie Sweetin and Candace Cameron Bure as adults.

A month before Fuller House aired, John Stamos got very candid in an interview on Howard Stern’s famed radio show, The Stern Show, where he discussed not only his shocking DUI and stint in rehab, but a secret from his past that shocked many, including we’re guessing his co-star Candace Cameron Bure. He revealed that in his late 20s he got a woman he was seeing pregnant, and they decided not to have the baby. “It was just bad timing. It really wasn’t my choice… I think it  was sort of a mutual decision,” he stated.

On Full House, Jodie Sweetin enjoyed life as a child star portraying the sweet yet sassy Stephanie Tanner. After the show wrapped however her life took a turn as many do for child stars and she fell into a downward spiral of drugs and alcohol. Sweetin has revealed that she first started drinking when she was 14 and over the next few years began using very harsh drugs including ecstasy, meth, and crack, and became addicted to meth. She opened up about it all back in 2006 saying she “lived a double life” because she was married to a police man at the time who had no idea. Although Sweetin’s drug addiction stunned many, she has now been successfully sober for many years. 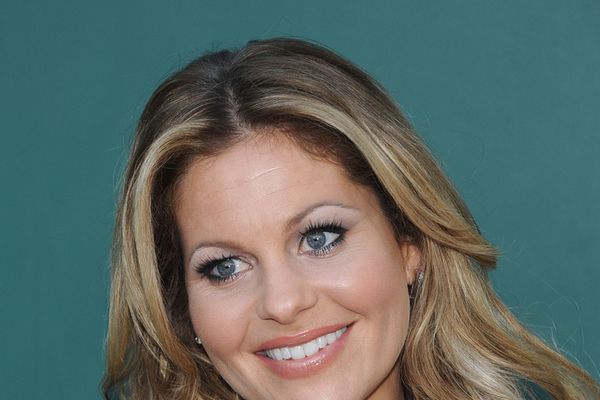