Passing away may be a part of life, but nothing is harder for a soap opera fan than watching their favorite character perish. Sadly it’s also a huge part of any daytime drama and General Hospital (GH) has seen its fair share of characters pass away (and sometimes come back to life) over the years. Below are GH’s truly disliked demises of all time.

This hits the bottom of the list because there is a silver lining to the story. Sure, Anna Devane, along with love (at that time) Robert Scorpio passed away in a boat explosion in 1992 leaving a young Robin as an orphan. It was simply devastating. It seemed like the young family had just come together, only to be ripped apart. However, the good news is both Anna (and Robert) miraculously came back to life in 2001. They did miss a huge chunk out of their daughter’s life, but at least they were still around to enjoy new moments with her as she became a mom and wife. Robin followed in her parents’ footsteps in early 2012 when GH fans believed that she passed away while trapped in a hospital lab fire. This was a hard demise for many GH viewers to see as long-time audiences had literally watched Robin grow up before their very own eyes. The good news was that she actually didn’t perish in that fire, but even though fans found out shortly after her stunning demise, the residents of Port Charles grieved for a very long time before discovering Robin was alive. Heart-wrenching scenes with Maxie Jones, cousin to Robin and BFF, were a sad watch as she blamed herself for her passing. 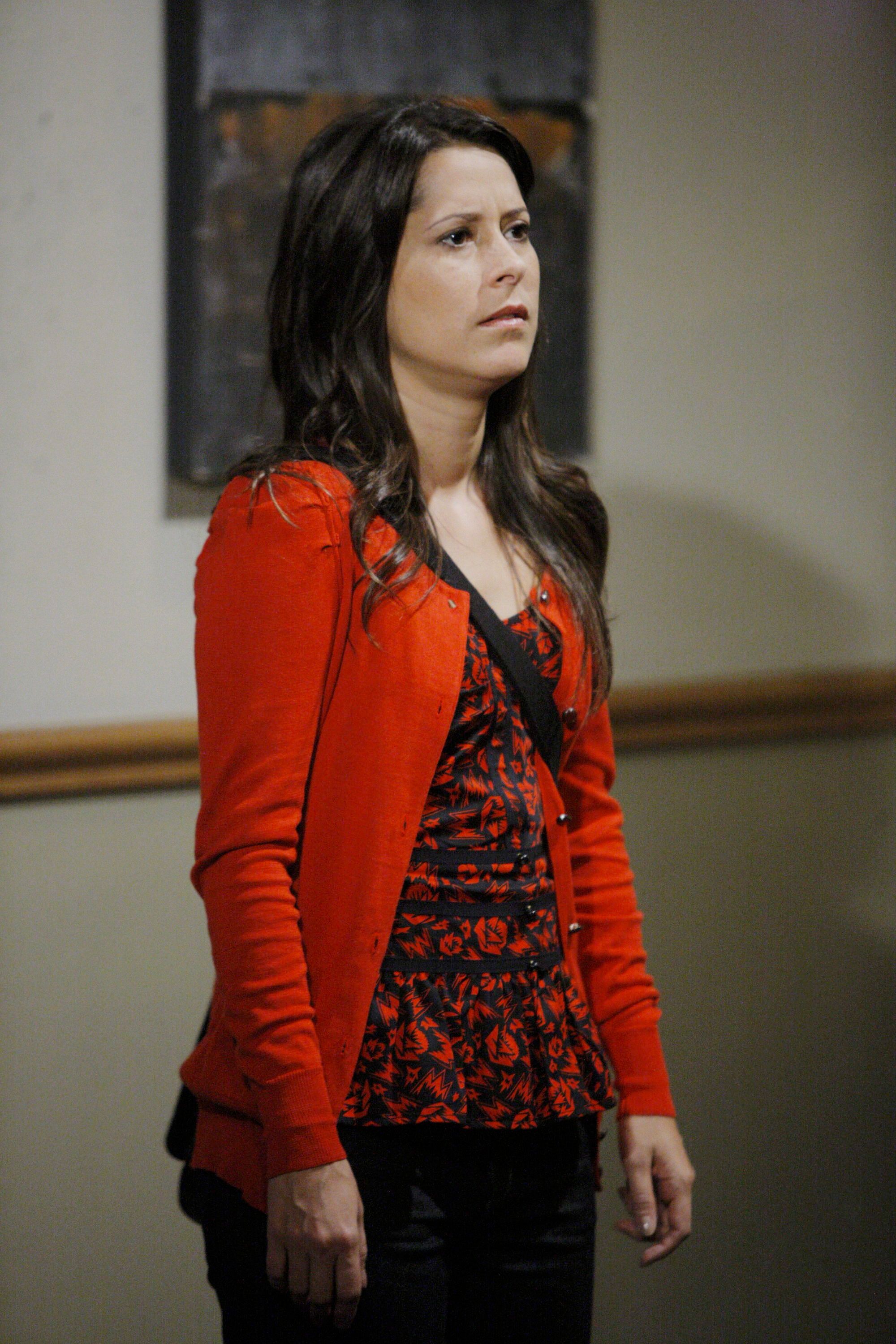 It’s always underwhelming to see a young soap opera character pass away, and such was the case in the fall of 2016 when Morgan Corinthos perished. Dealing with mental health issues, he began spiralling out of control after Ava Jerome switched his meds. As he recklessly hopped into a car and started driving erratically when Jason began following him, GH fans knew the entire situation wouldn’t end well. Thankfully, Jason was able to stop Morgan before he could hurt himself (or anyone else); however, the car exploded shortly after anyone could breathe a true sigh of relief. The passing was devastating on so many different levels, but it did launch a couple of interesting storylines that saw the return of mobster Olivia Jerome. 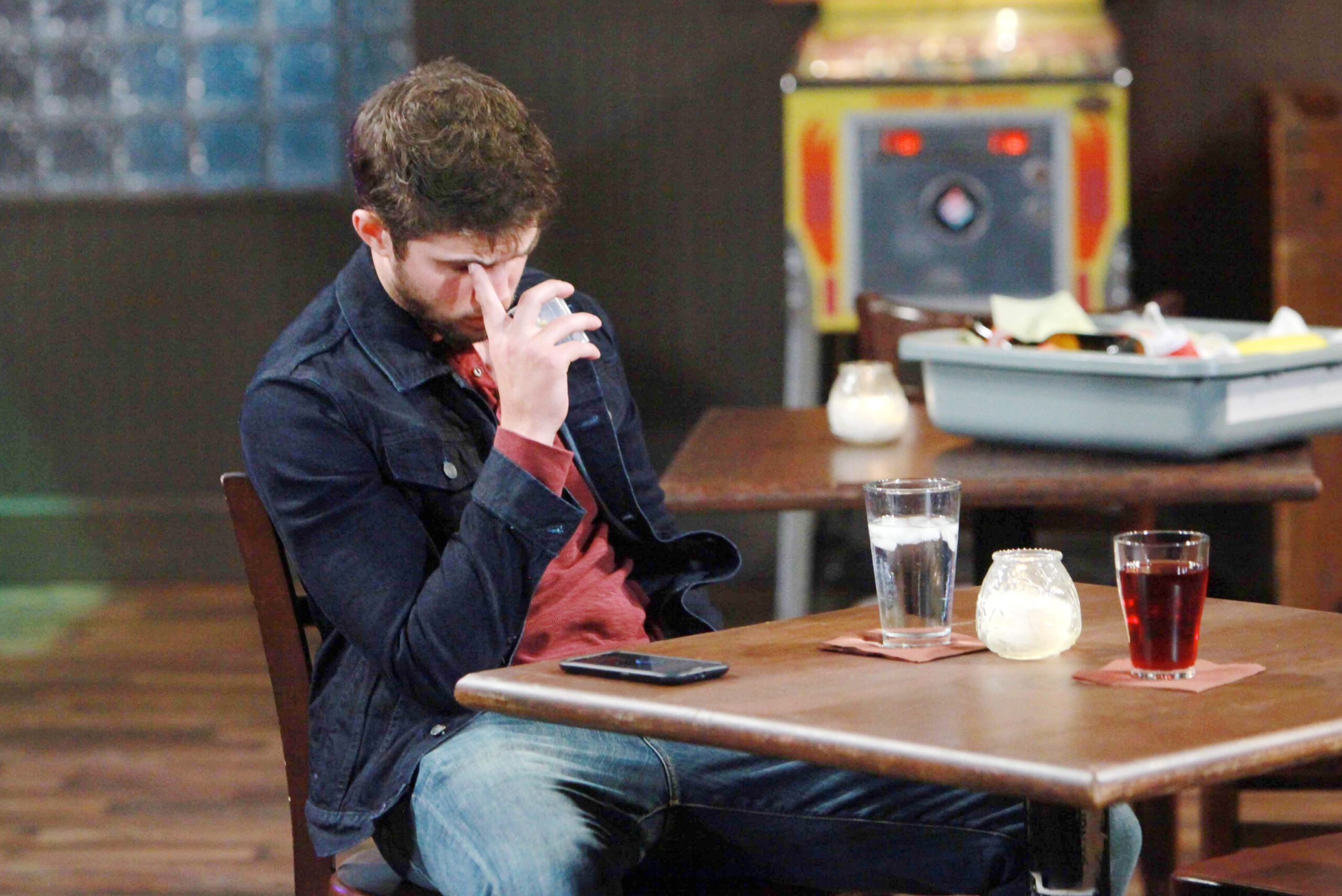 For many years, Tony Jones had been a staple in Port Charles and a part of most major storylines. Sadly, as the years passed, GH writers took the beloved character and creatively turned him into a hot mess. He became a bit loopy when he stole baby Michael Corinthos and Robin 1997, and losing custody of his son was a hard watch for many fans. After some years, Tony was able to put his life back together and it was utterly underwhelming to GH audiences when he quickly passed away thanks to an encephalitis plague that hit the little town suddenly. There wasn’t a dry eye in any GH fan’s house during Tony’s demise scene that saw a vision of his deceased daughter B.J. waiting and welcoming him into another world. 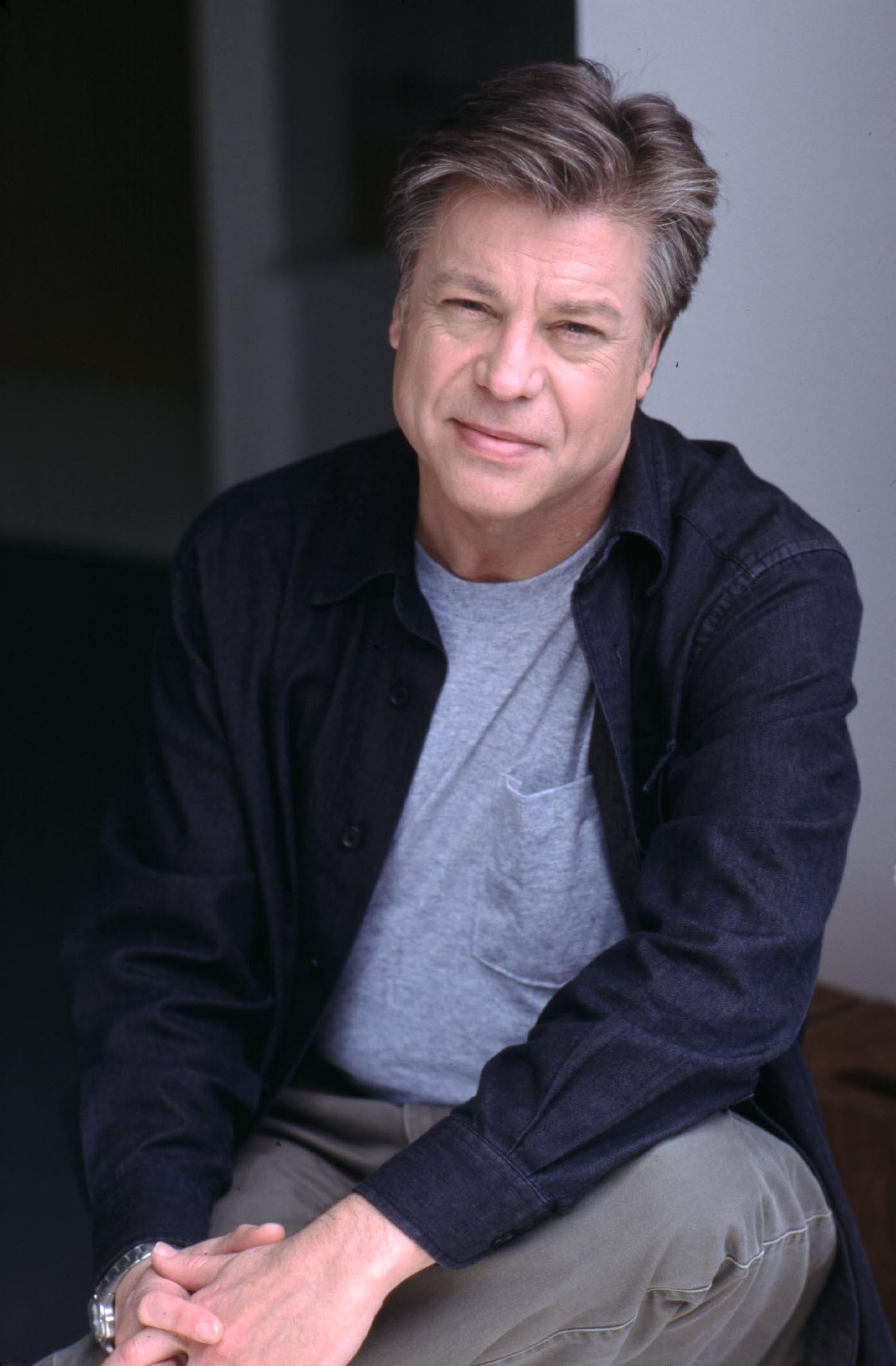 Kate Howard/Connie Falconeri and Sonny Corinthos had a unique love story. Sonny had fallen in love with both sides of this character who suffered from a split personality disorder, and it was heartbreaking when she was shot in the stomach and passed in August 2013. Sonny had lost so many people over the years due to his line of business, so saying goodbye to Connie was a hard blow. Even harder than that was the journey of learning exactly who axed his lover and the plot of revenge that would follow. Connie had written the initials ‘AJ’ (in her own blood) while perishing and Sonny naturally thought A.J. Quartermaine was her murderer. He would do away with A.J. in an effort to vindicate Connie’s passing while her true killer ended up being Ava Jerome.

From 2001 to 2006, GH viewers got to know Sonny’s half-sister Courtney and fell in love with her instantly. She was sweet, kind, and always did the right thing. Sadly, Courtney also fell ill to encephalitis back in 2006 while expecting with Spencer Cassadine. The illness sent Courtney into labor and she passed away shortly after her son was born. The demise was not only stunning but quite underwhelming as well. GH fans were surprised that the show decided to ax one of its most well-liked characters of that time. 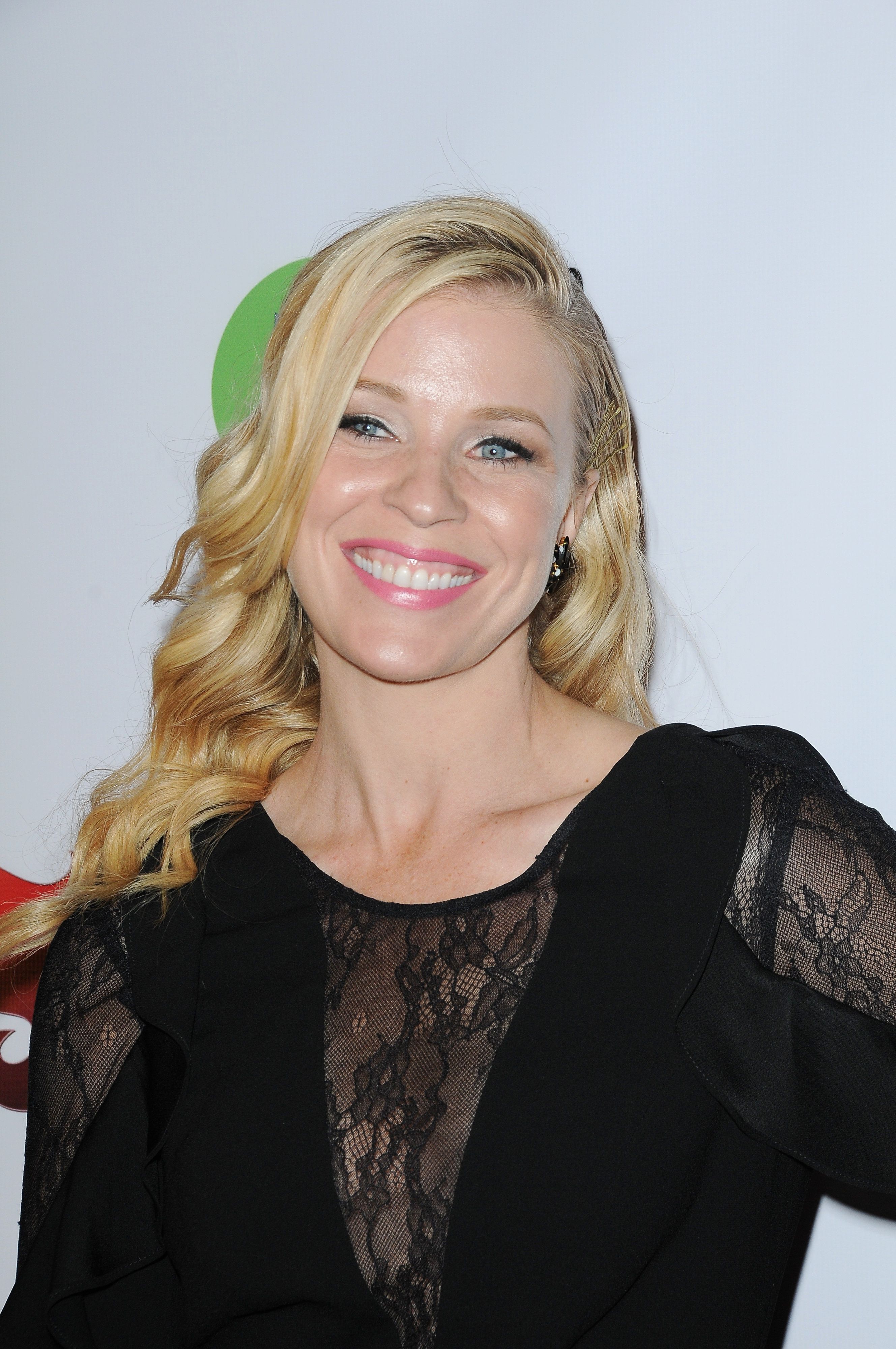 While the character had a short stint in Port Charles, her impact was great. From 1991 to 1993, Dominique was able to win the heart of Scotty Baldwin and turn him and his troublemaker BFF Lucy Coe into decent people. In 1993, it turned out that Dominique was about to perish from a tumor in her brain. When this was discovered, Lucy even stepped up and became the couple’s surrogate as Dominique wanted to give Scott a baby, but simply could not due to her deteriorating health. Dominique lived long enough to hear her baby daughter’s heartbeat while Lucy was carrying the infant; however, she passed away shortly after, in Scotty’s arms on a beautiful autumn day.

Not sure what was more underwhelming, Duke’s first, second, or final demise? In 1989, Port Charles believed that Duke had perished in a fire when he left the town to keep Anna and step-daughter Robin safe. He would then return in 1990, played by a different actor, under the guise that Duke had returned after undergoing plastic surgery and without a Scottish accent. Julian would shoot this Duke shortly after he officially reunited with Anna. Fast-forward to 2012, and it turned out the 1990 Duke was simply a cellmate that had learned all of Lavery’s memories while the two were in a Turkish prison together. Just as Duke and Anna officially reunited and were going to live their happily ever after, with Lavery leaving the mob business for good, Duke would get shot in 2015 right before the couple was about to leave town. 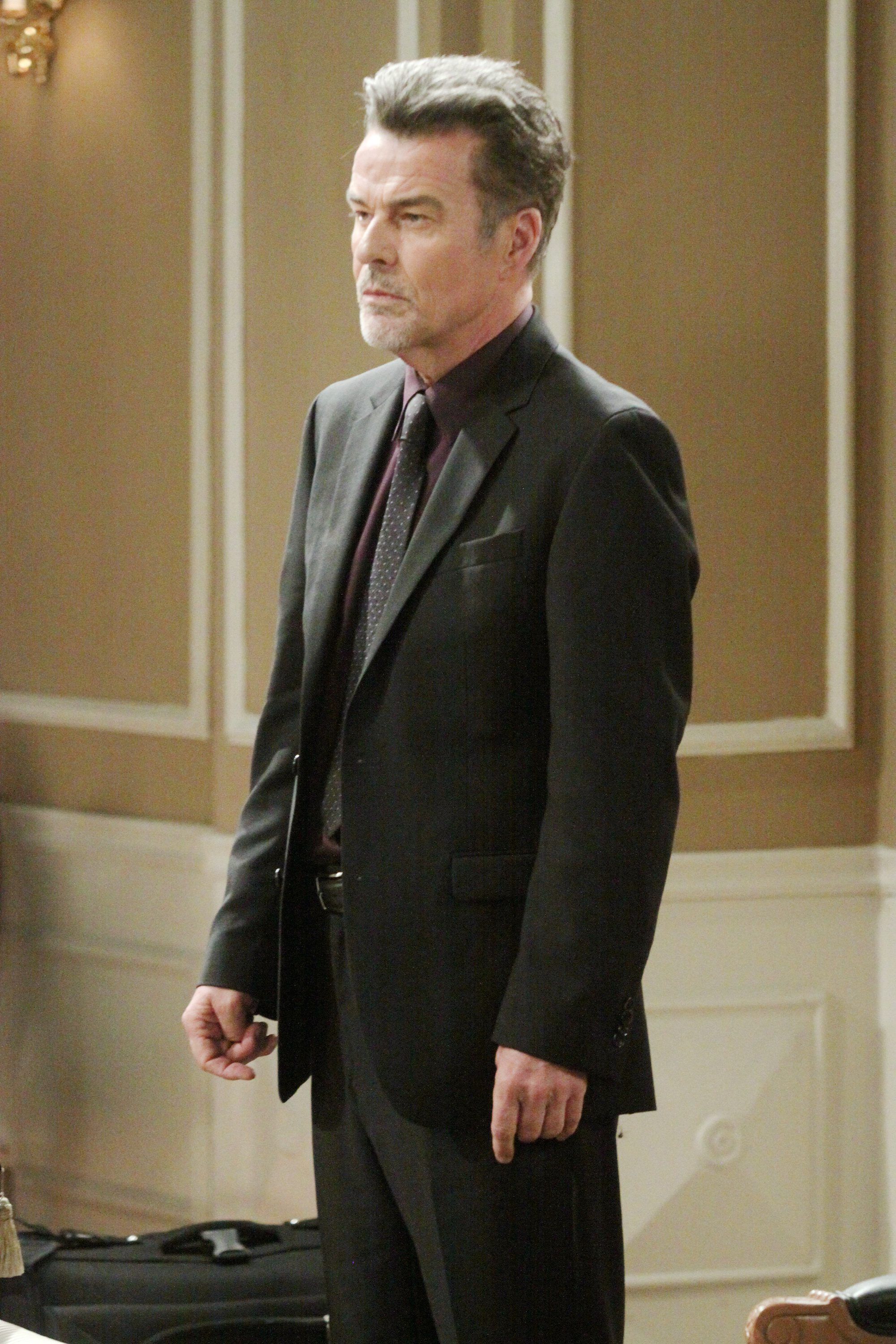 The Metro Court Hotel hostage storyline was a riveting watch in 2007 for most GH fans and audiences were glued to the screen in February of that year. One of the saddest parts of the aftermath was losing Alan Quartermaine, a much-loved GH character. Alan suffered a heart attack during the hostage takeover and was refused medical attention. While Alan would pass on that year, the only silver lining was that every now and again he would come back to visit characters in a ghost form. 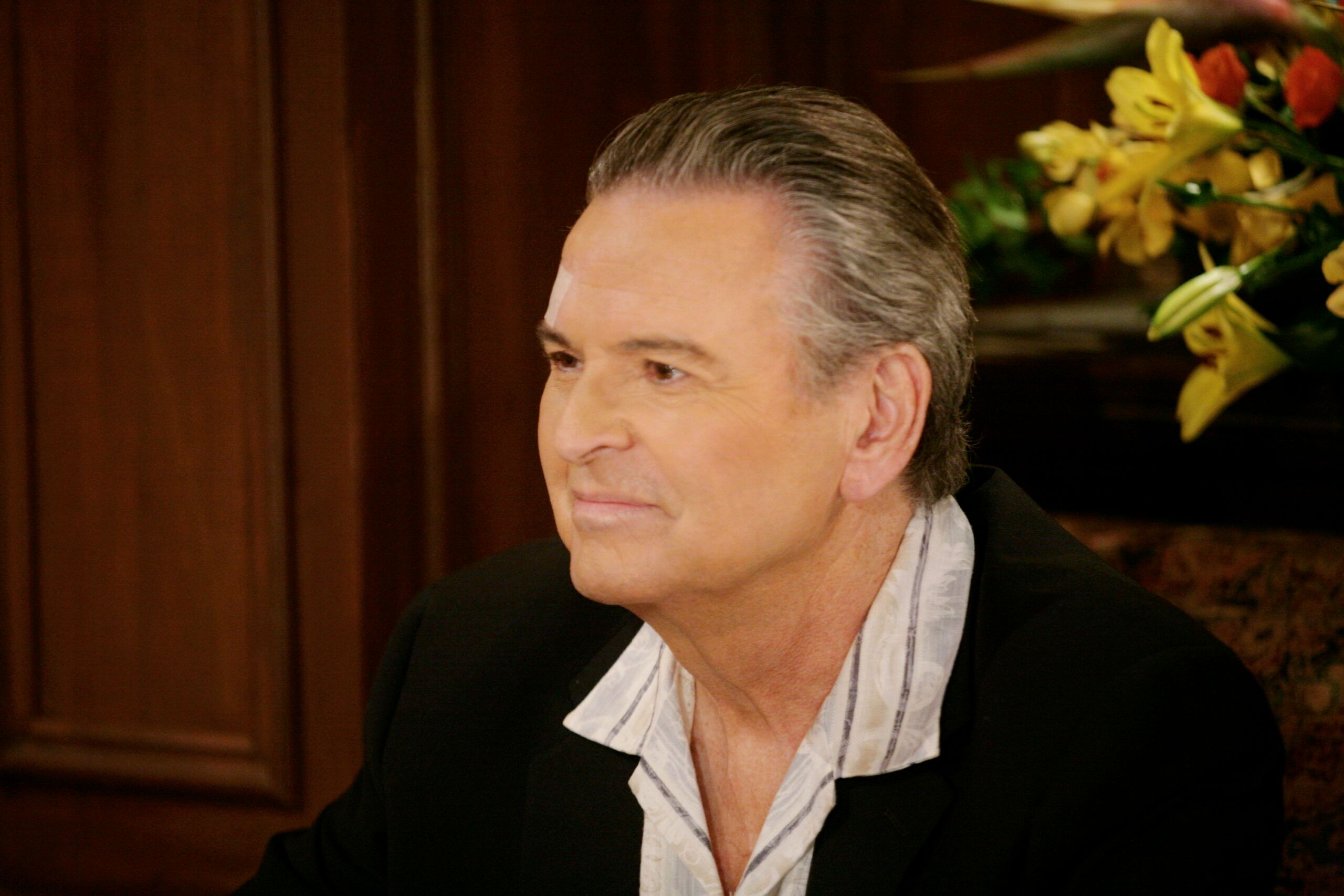 While it happened well over two decades ago, the demise of B.J. Jones still remains etched in the hearts of many longtime GH fans. The storyline was not only stunning but offered a Greek tragedy twist. In 1994, Tony and Bobbie’s young daughter B.J. was part of a school bus accident that left her braindead upon arrival to the hospital. At that same moment, their niece Maxie Jones was in the same Port Charles hospital in desperate need of a heart transplant. Tony and Bobbie decided to take B.J. off life support, as there was no chance the child would survive, in order to give Maxie the heart she needed. Still heart-wrenching for many GH viewers to this very day.

Port Charles saw a serial killer in the summer of 2016, with most of his victims being secondary characters or relatively unknown names. As suspense began to heighten around who was axing off patients in General Hospital, fans were hoping that Paul Hornsby would be discovered as the killer before any major character passed. To the shock of GH fans everywhere, sweet Sabrina Santiago perished at the hands of Hornsby while trying to save Monica Quartermaine. Very underwhelming as Santiago had established roots in the little town and was a beloved character. 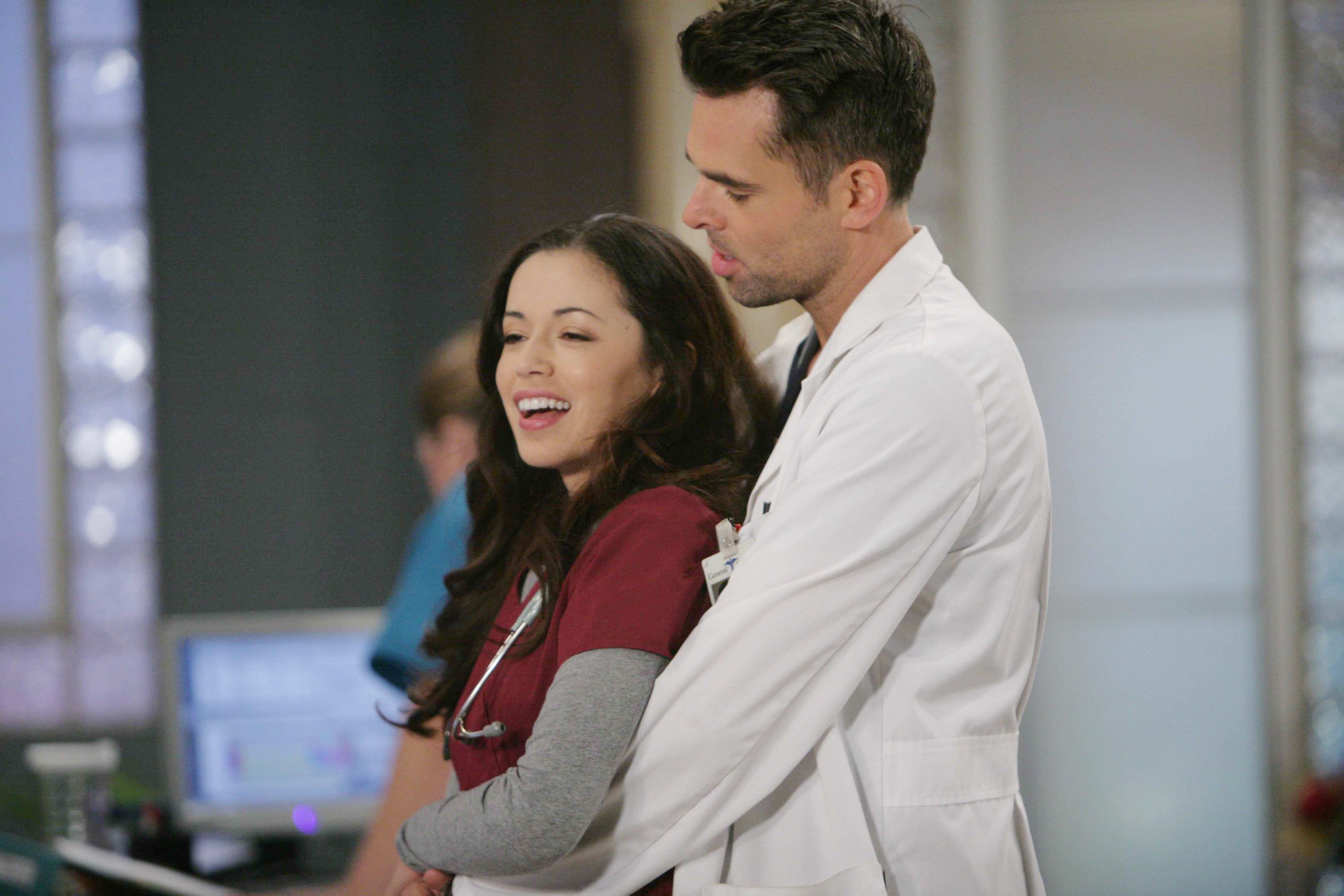 Poor little Robin Scorpio was left an orphan in 1992 when both her parents passed away in a boating accident. Robert Scorpio was a fan-favorite of the show and the bond he had with both soul mate Anna and their daughter Robin was a beautiful thing to see on daytime television which made his demise that much more disliked, after all, Robin was still very young when both her parents passed away. She seemed lost on the show for a long while without them both. The good news? Robert turned up very much alive years later in 2006. Sure, he had lost a lot of time with daughter Robin, but at least he was there to walk her down the aisle at her wedding and spend time with granddaughter Emma. 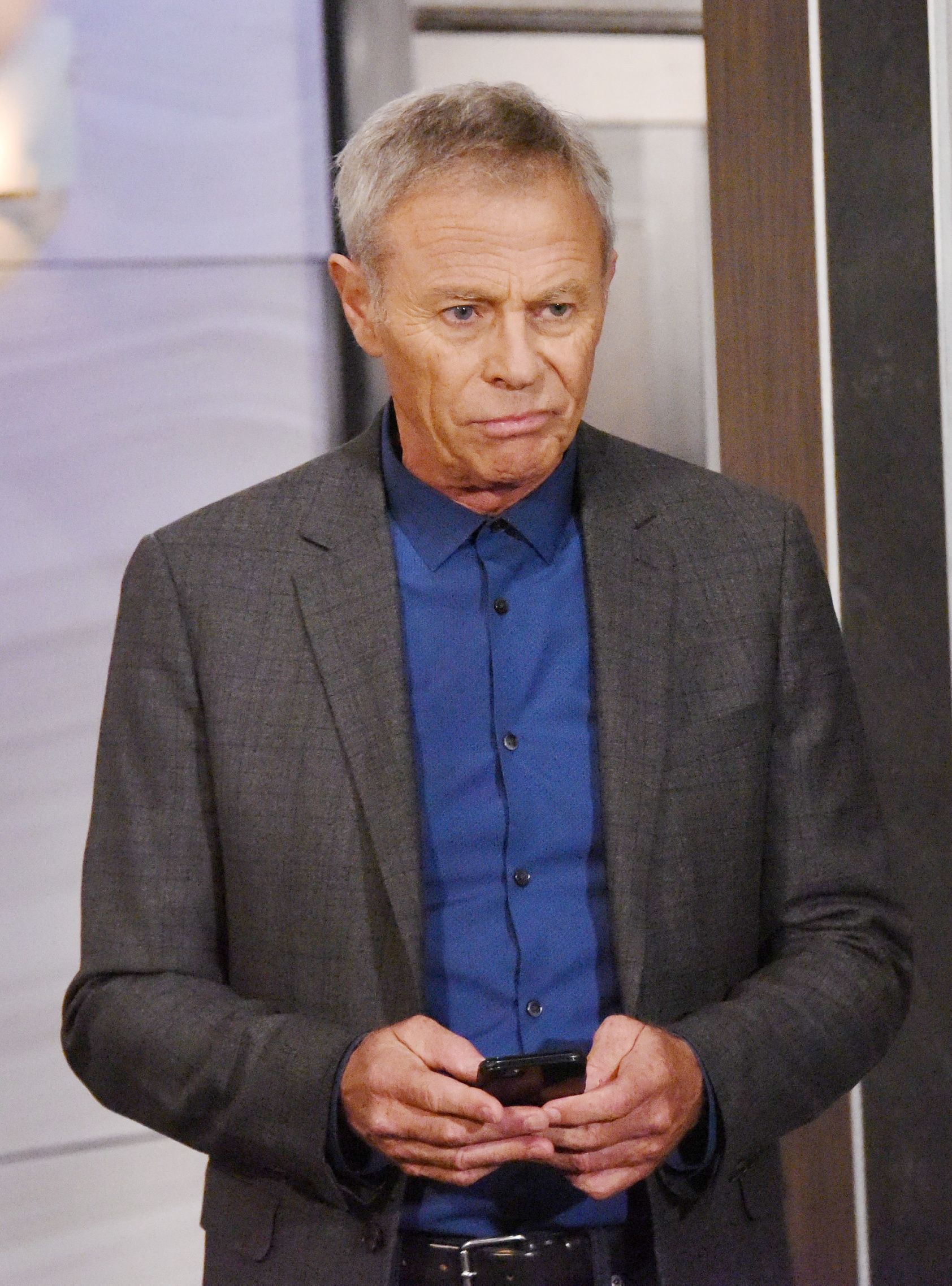 3. Nikolas Cassadine
For over two decades GH audiences had watched Tyler Christopher, the actor who played Nikolas Cassadine, grow from an awkward teenager into a dapper gentleman. While Cassadine did waddle back and forth between good and evil, Nikolas overall was a fan-favorite of the show. Sadly, Christopher decided to jump ship in September 2016 after his GH contract negotiations went south. As such, Nikolas was recast with Marcus Coloma assuming the role. 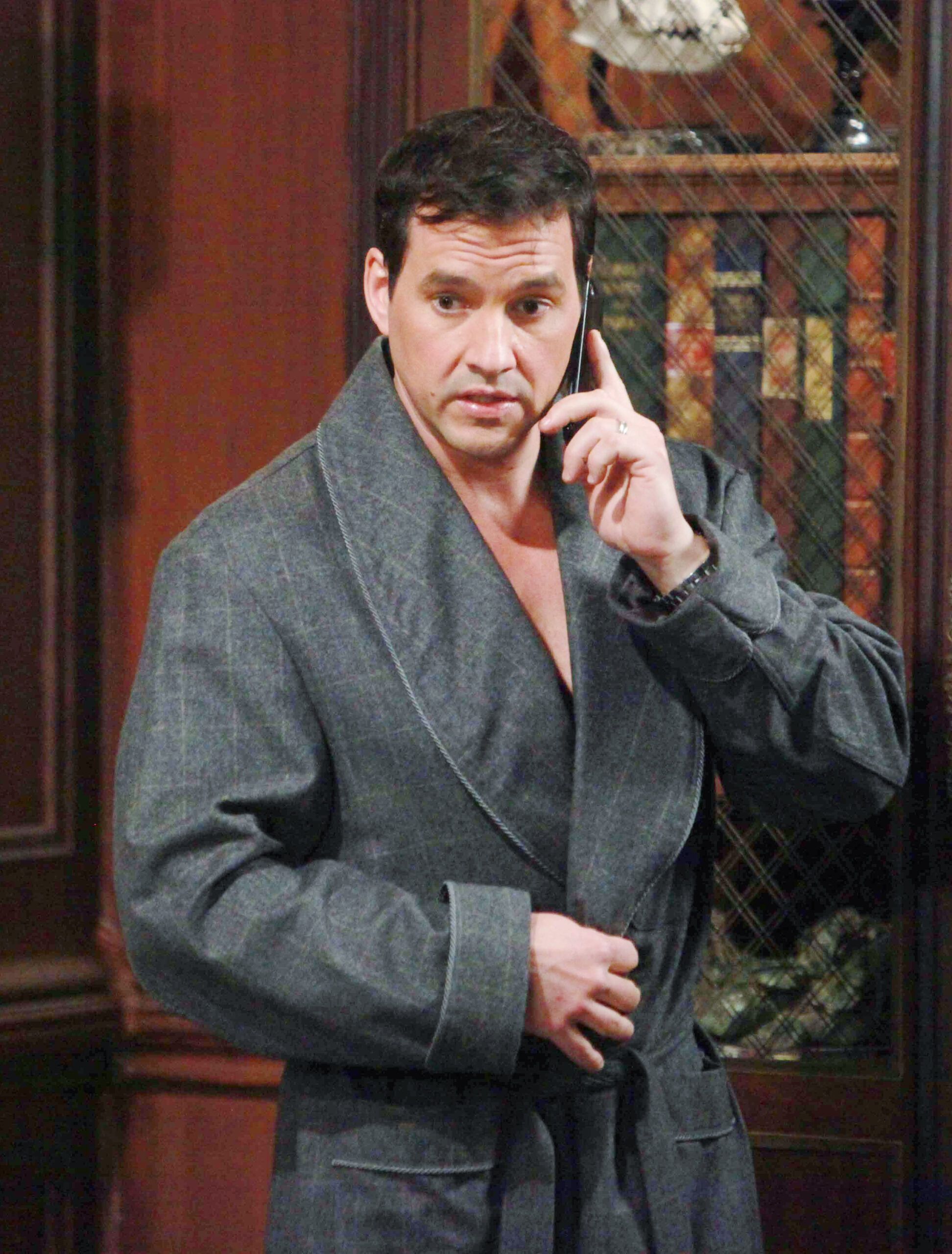 No GH fan likes seeing a soap opera kid in the hospital or passing away, which made Jake Spencer’s passing in 2011 that much more heartbreaking. The storyline that lead to Jake’s demise was also devastating as his grandfather Luke hit the boy while he was drinking and driving. Watching Lucky, Liz, and Jason grieve over their son was a sad watch for fans. In true daytime drama fashion, even kids can return from the afterlife and in 2016 Jake returned to Port Charles, jumping right back into storylines. 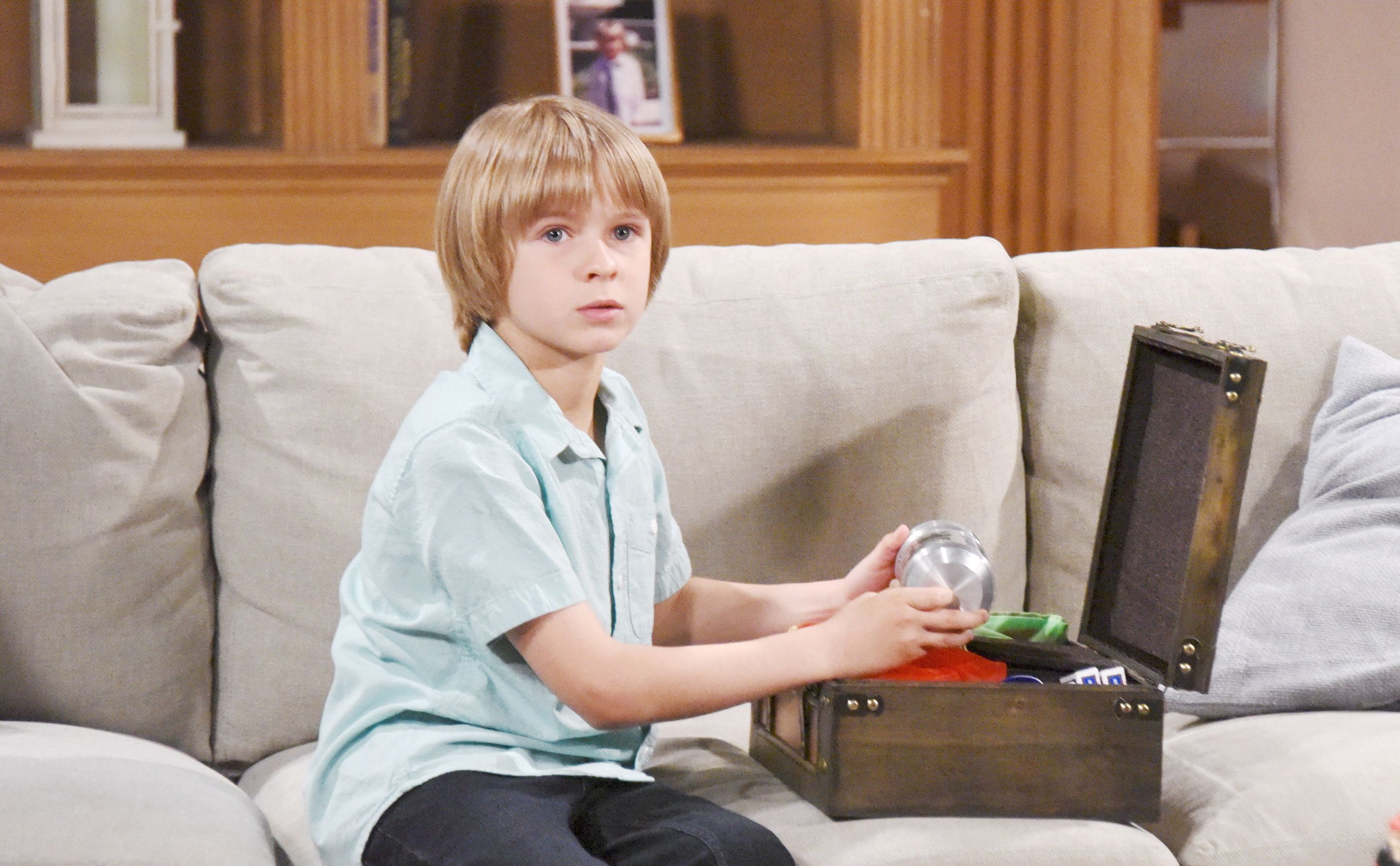 Steve Burton returning to GH in late 2017 had to be one of the biggest soap opera news stories of the year. Fans were simply stunned and underwhelmed in 2012 when Jason Morgan was shot in the back and thrown into the water. He was presumed deceased and with Burton heading to The Young and the Restless, GH fans never thought he’d return to the show, especially since actor Billy Miller was recast in his role. The silver lining to this disliked demise is that five years later, all the hurt had vanished when the real Jason returned to Port Charles. Now that actor Steve Burton has again been let go from the soap, will GH work on another resurrection in due time? 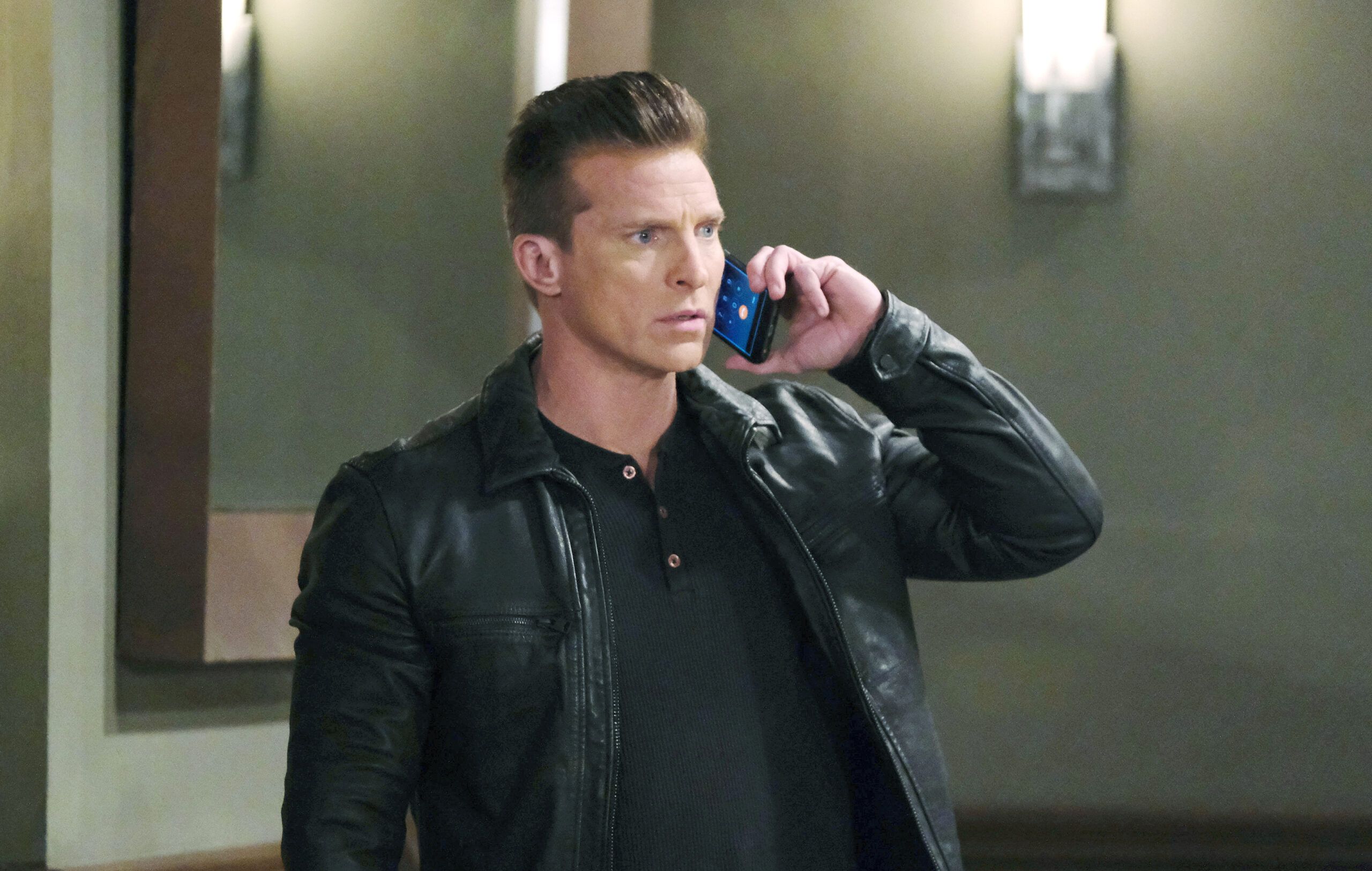 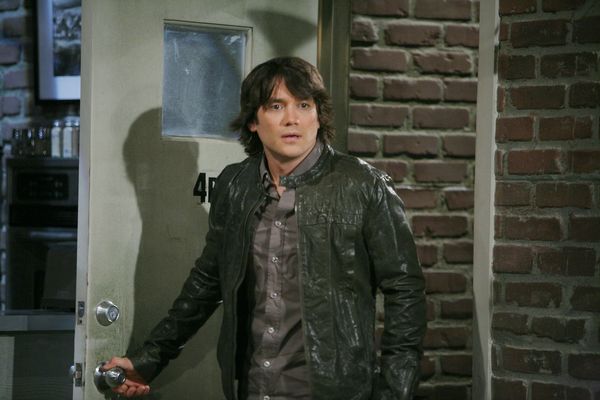